These Gluten-Dairy-Sugar-Free Recipes Could Change Your Life

When 3pm strikes, it's often that make or break time of day when you reach for something healthy or something on the complete opposite end of the scale to keep you going until dinner. But one UAE-based brand is doing all it can to take the guilt out of an afternoon snack. Encas (which means snack in French) sells boxes of four bite-sized gluten-dairy-sugar-free snacks which are also good for vegan and Paleo diets.

Founder and Health Coach, Justine Dampt, sells her snacks in Dubai's Kitchen Nation in JLT, at the Marina Souq or via delivery (email hello@encase.me) and she started sharing the love after having her own bad experience with an unhealthy diet.

"I was confused as I always considered myself relatively healthy. I worked out six times a week and avoided what I thought was junk food," Justine said about being told she had low immunity, permanent infections, early development of cancer and food intolerances. "After the diagnosis I started paying attention to the volume of sugar in my diet and I realized that processed foods and foods branded as healthy were in fact not that healthy at all."

She went through months of product recipe testing and development with a baking consultant, who helped her fuse her idea with Middle Eastern flavors. She's not the only one championing good food to help cure illness, Deliciously Ella recently told us how the right bites changed her life.

As well as selling her snacks, she also shares recipes for breakfast, dessert and more on her Instagram page. Check out the gallery for your next meal inspiration! 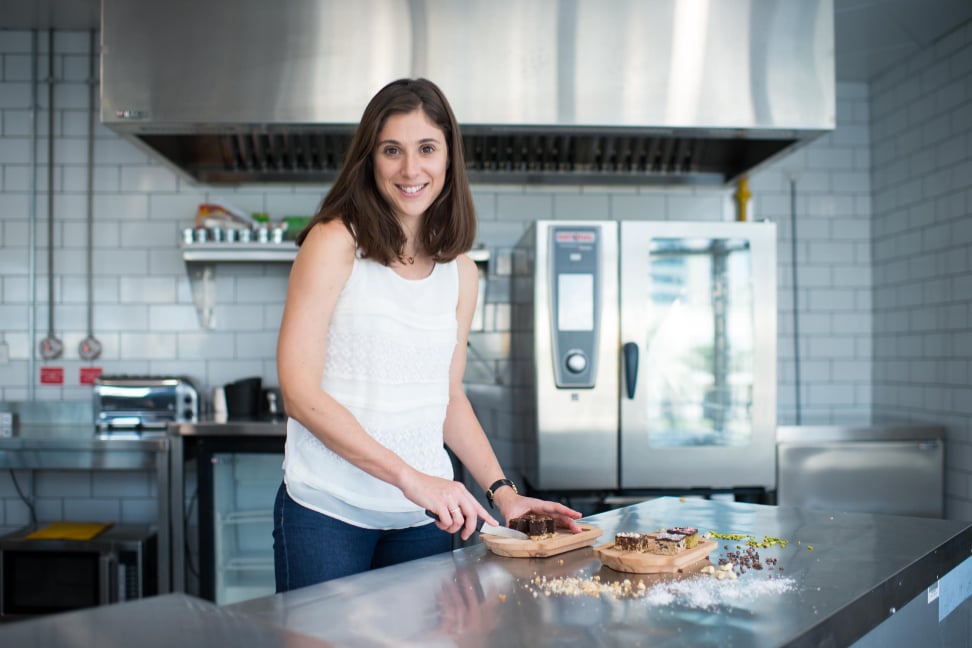