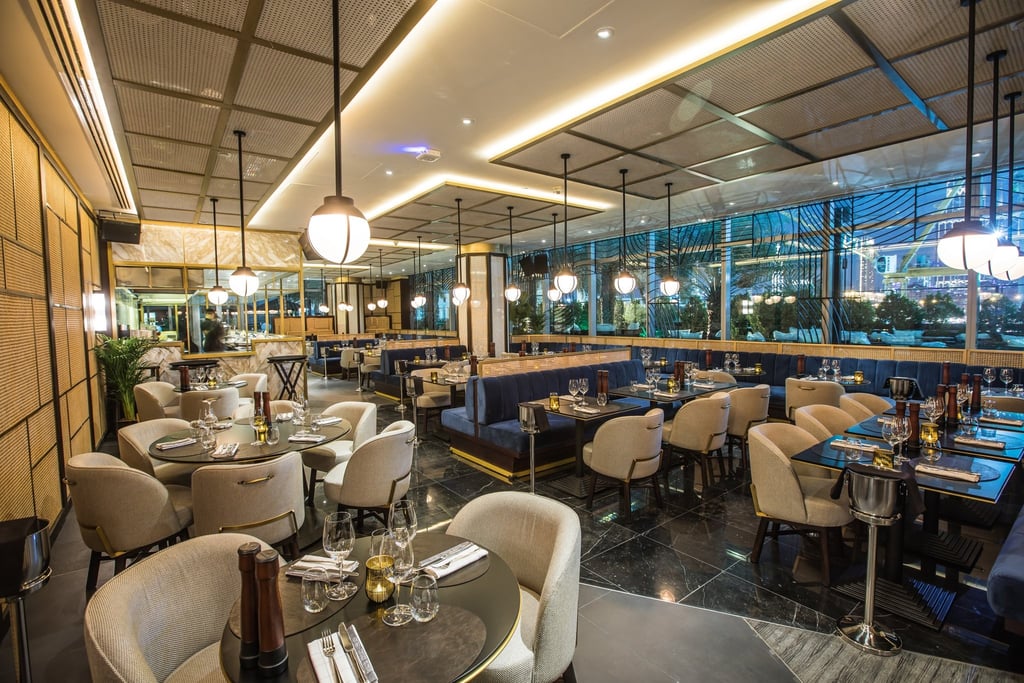 Whether You're a Beef or Fish Girl, Flavio Briatore's New Restaurants Have Something For Everyone

He's already got Billionaire Mansion under his belt, a bar, restaurant and nightclub that's puts on an entertaining dinner showand is popular with celebrities at its various branches all over the world.

But Flavio Briatore's latest dining venture in Dubai will blow you away. The ex-Formula One boss - who is behind the fashion store Billionaire in Dubai Mall and Billionaire Clubs all over the world - recently opened two more restaurants and they're not your ordinary offering. Situated side by side in the Al Fattan Currency House, DIFC, Crazy Fish and BeefBar do exactly what they say on the tin.

When I visited, I wanted to get the best of both worlds so enjoyed starters and drinks at one venue and mains followed by dessert at the next. When in Rome … I went for the oysters and tuna tartare (with avocado and lime) at Crazy Fish – a venue which has been plucked from its European locations in Monto Carlo and Porto Cervo. Of course, everything arrived on a pretty display stand or in a big reveal with smoke billowing from as glass casing is lifted. It's the Flavio way …

Caught daily in Spain or Italy, guests know they're chowing down on the best as the venue only works with people who know how to handle the fish properly.

Even if fish and seafood isn't your favorite, it's worth popping in even if on the way to BeefBar, to enjoy their crisp glasses of wine and delicious cocktails as you peer at quirky artworks on the wall featuring Muhammad Ali, or Cara Delevingne in an Andy-Warhol-does-Marylin-Monroe-style art piece. And yes, they have non-fish options as far as food goes too.

Make sure you save room for your main dishes at BeefBar as you won't want to leave behind any scraps, for more reasons than one. To begin with, it's the only place in the city with a license to serve Kobe beef and it's not cheap. The Emperor's cut costs AED535 per 100g and you have to make a minimum purchase of 200g. Not trying to splash too much cash? Then you might want to go for the White Label burger, which at AED155 still will make you nervous about checking you bank balance the next day.

But meat-lovers won't be able to resist from the moment they step inside. You'll be greeted by an actual Butcher Shop when you step into BeefBar, but it's not your usual chop shop. Various shapes and sizes will give you heart eyes as they're lit up in a glass display case. And with over 30 meaty options on the huge menu, it might be a better idea to choose visually rather than scouring the menu for ages. I got one of the waiters to help out with my order and there are plenty of kind staff to go around so you won't be fighting other diners for their time.

Think it's only the meat that's extravagant? Mashed potatoes with black truffle will set you back an eye-watering AED350, but there are more reasonable options such as mash with harissa for AED35 or gorgonzola with walnuts for AED45. The flavors are so rich (and rightly so considering the price tag) that I'd recommend ordering some vegetables to help cleanse the palate and balance things out.

BeefBar has already done so well in Monaco, Mexico, Hong Kong, Budapest, Cannes and Mykonos that I have no doubt the fabulous people of Dubai will lap it up.

I certainly did. Every bite.