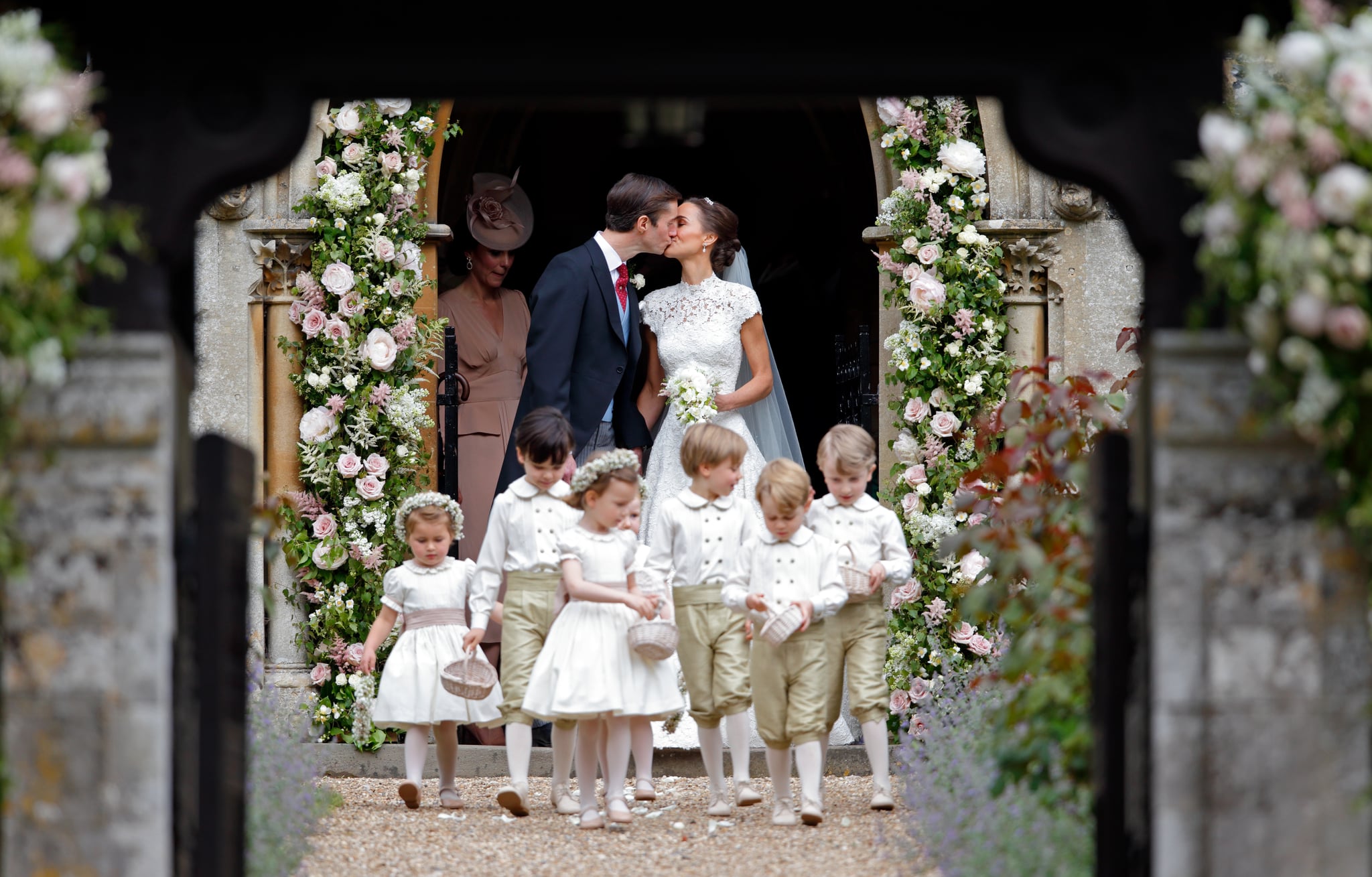 Pippa Middleton got married to longtime boyfriend James Matthews on May 20, and we have one burning question: what was on the menu? It's no surprise that with such a stunning wedding at St. Mark's Englefield in Berkshire, the reception — and food — was just as lavish. The Telegraph exclusively reports that guests at the reception dined on of the bride's and groom's favorite foods, including a whole wheel of parmesan cheese ($2,500), foie gras (which costs about $50 per pound), and lobster.

The reception took place inside a glass palace, which reportedly cost $100,000, in Pippa's parents' backyard. To kick the party off, Food and Wine reports that there were nearly 20,000 canapes (hors d'oeuvres), ranging from scallops to smoked salmon to asparagus spears with hollandaise sauce. Some reports claim that a huge amount of beluga caviar, a certain type of sturgeon caviar, was donated by an anonymous Russian source — £40,000 worth, to be exact.

In addition to the array of gourmet foods on the menu, Pippa's wedding cake, which was from Domino Purchas Cakes and reportedly cost nearly $3,000, was likely the star of the show. To wash it all down, guests drank magnums (bottles twice the size of a standard 750-milliliter bottle) of Ruinart Blanc de Blanc Champagne, which start at $150 per bottle.

The kids in attendance, including the always-adorable Prince George and Princess Charlotte, snacked on crudite and finger sandwiches. Pippa has officially raised the bar for wedding-worthy menus, and we'll be adding foie gras and parmesan cheese wheels to our list of wedding food ideas.