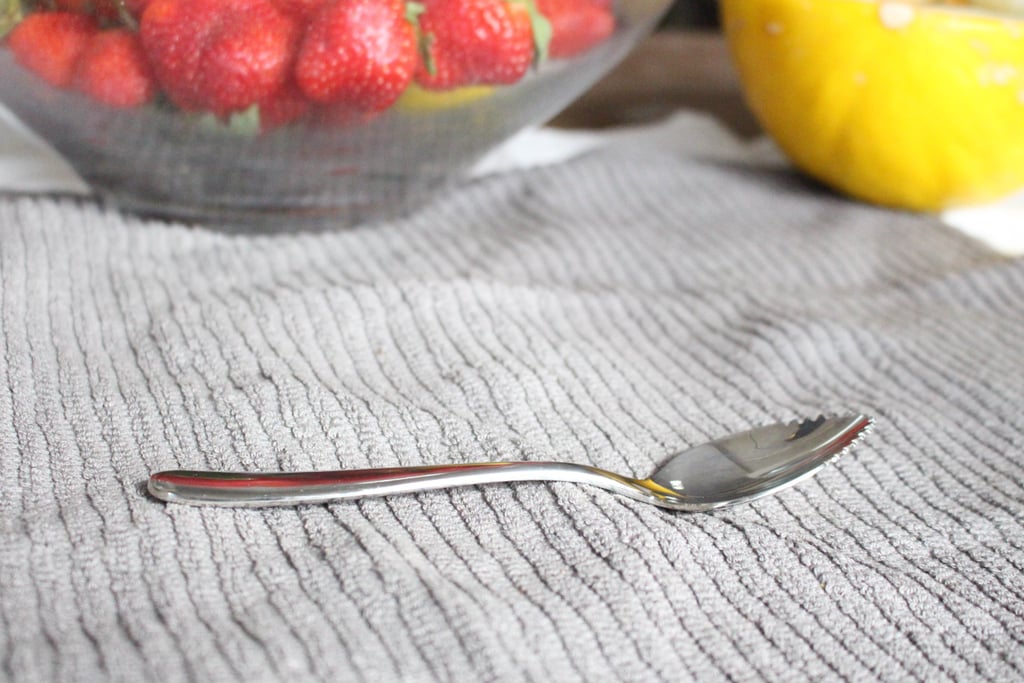 7 Things You Never Knew Your Grapefruit Spoon Could Do

When most people think of a grapefruit spoon, their very first thought might be, "What's a grapefruit spoon?" It's certainly not your average kitchen tool, and you won't easily find it in the kitchen aisle at most general department stores alongside the can openers and spatulas. (Indeed, I had to venture to a specialty store to purchase mine.) That's because the grapefruit spoon, as handy and effective as it is in its namesake purpose of scooping out grapefruit flesh, is generally considered a bit of a luxury item that many people might not even think to own. Scooping out a grapefruit with a regular spoon is not an insurmountable task, after all.

However, there's an even better-kept secret about the grapefruit spoon than the spoon itself: it's impressively versatile and multi-purpose. Think about it: grapefruits are hardly the only foods that need scooping. Plus, the serrated edges of the grapefruit spoon make it quite the formidable scraper too. If more people knew of all the different tasks the grapefruit spoon could tackle, it might very well become a household item one day (move over, vegetable peeler).

Here are seven hacks to try with the highly underrated grapefruit spoon.