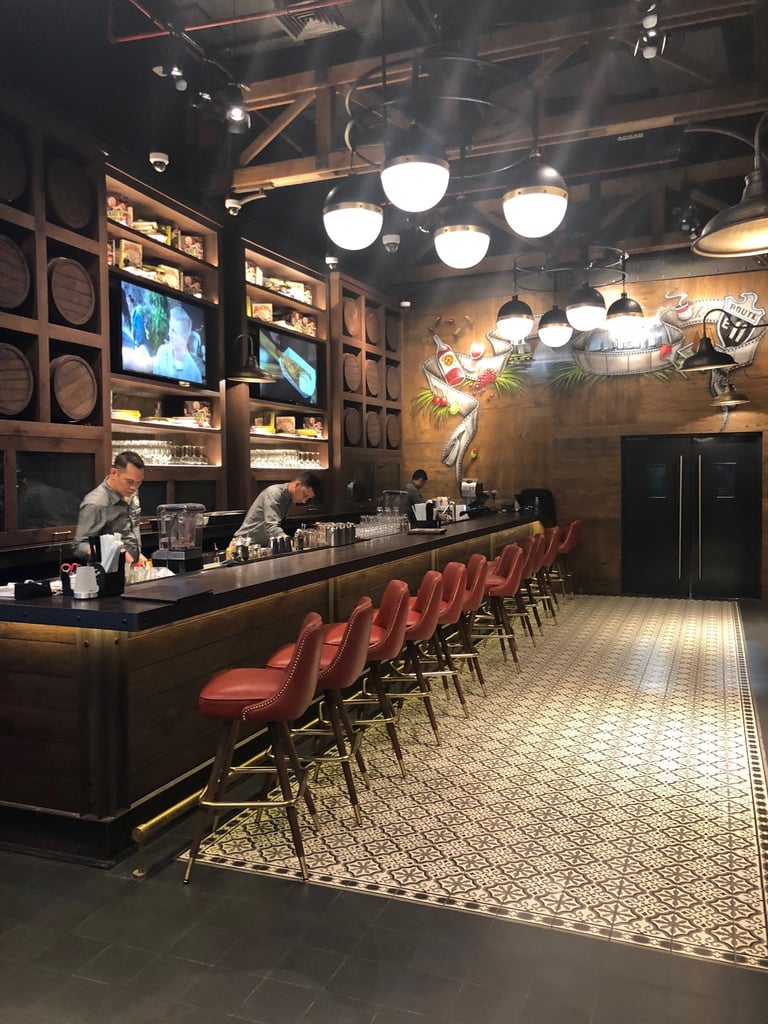 Guy Fieri's Dine-In (and Licensed!) Dubai Cinema Is a Great Deal but 1 Thing Is Missing

Dubai's first stand-alone dine-in cinema is open and there are two big draws – firstly it's got celebrity chef Guy Fieri behind it, and secondly, it serves alcohol. Located at the very quiet Jebel Ali Recreational Club, it's bound to pull in loads of people due to the fact it's licensed, but does Gary Rhodes need to watch out?

The British star has his own offering at Mall of the Emirates, ThEATer by Rhodes, which offers fabulous food, but unlike at American chef Fieri's you can't enjoy a beer with your burger. Otherwise, when it comes to chowing down, the offering is pretty good with the likes of chicken pasta, chicken tenders, a bacon mac and cheese burger, huge hummus bowl, tower of nachos, lobster roll and seasoned fries, and even the option of a veggie burger to munch on while watching a flick.

When my friend and I entered Reel Cinemas to watch Daniel Radcliffe's new one, Beast of Burden, we loved that it felt more like we were walking into a cool restaurant, with graffiti on the walls, round booths for groups to sit in before and after the film, plus a bar located in the right-hand corner.

It was all rather cozy until we stepped into the actual screening room, which resembled more of a university lecture theater. Whereas I expected super comfy seats that recline and maybe even a blanket and pillow to snuggle into, we saw rows of benches to place food and drinks on with super upright seats. The chairs slide back and forth, a nifty little feature, but are actually less comfortable than regular cinema seats as they don't have arm rests. Thankfully, there's a good gap between the next pair of seats so you shouldn't be rubbing shoulders with strangers.

I guess the good thing about having to sit up straight and feeling a bit chilly is that you won't get so comfortable that you'll fall asleep during the movie (something I'm known to do).

We were told to order our food and drinks beforehand, which makes sense as there isn't a call button to get waiters' attention, so I had to decide how many drinks I'd want in advance. For me, that didn't work out well as my first beverage (delivered before the film) was a huge icy one and by the time I was ready for the second (delivered when the film started) the movie was almost done and it had sadly, melted.

The price of a starter, main and the movie ticket is only AED160, which is a great deal, but just because it's another celebrity chef-catered cinema in Dubai, don't expect to be dining and drinking in luxury surroundings. If you want a strong drink, I'd suggest heading to a bar before booking a seat at a plusher place where you can order as and when you want, discreetly.