If your coffee is tasting flat, you can instantly improve the flavor with one incredible trick: aerate it. Aerating, or introducing air to the coffee, creates smoothness and rounds out the bitterness of the coffee, making for a smoother, creamier cup. But how can you easily aerate coffee without the fancy equipment? Allow me to explain:

I first discovered this information from a co-worker, software engineer Vadim Todorov, while we were brewing our in-office Philz coffee. He said, "Have you noticed our Philz coffee doesn't taste quite like actual Philz?" FYI, Philz is some of the best coffee in the Bay Area. (For the record, I know we sound like annoying SF brats, but we're serious about our coffee around here, people.) "That's because you have to aerate it." Vadim took his cup of coffee along with an empty cup over to the sink. He stretched the cup of coffee toward the top of his head and poured it into an empty cup around hip level. He did this process back and forth a few times. The result was a slightly foamy cup of black coffee. "I do that to my wine sometimes to aerate it and bring out the flavor. I thought I would try it on coffee, and it worked," he explained. 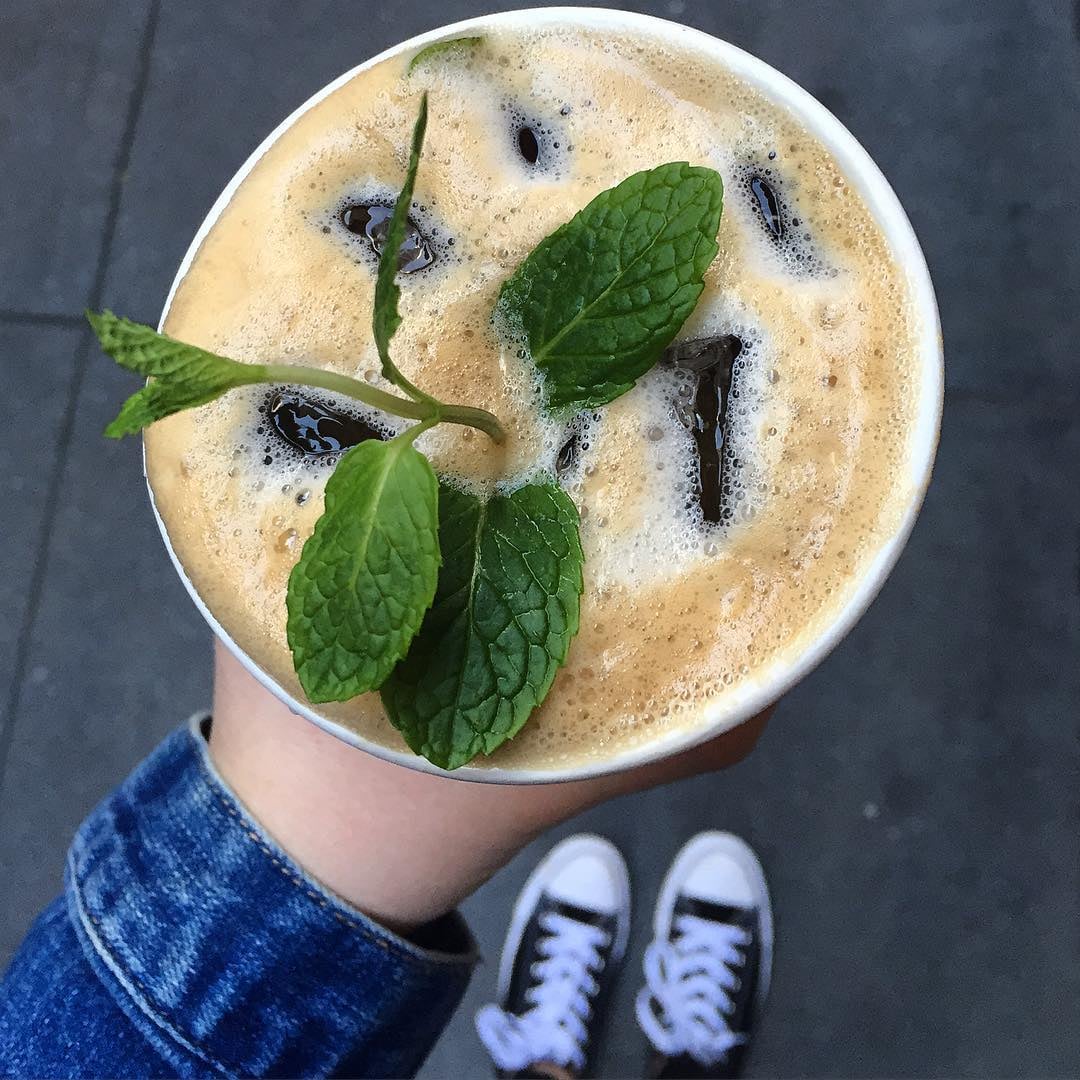 It's true — I always noticed the unique, cascade-like pour-over technique at Philz (watch it in the above video), but I wasn't sure of the reason behind it. Sure enough, when I asked about it after ordering my favorite coffee, the mint mojito, my barista explained that aerating the hot water helps "extract the flavor of the beans" and improves the overall flavor. This is the drink, which, by the way, has no steamed milk — it's an iced coffee drink that's topped with this wonderfully light and airy foam, thanks to the way it's prepared. To be clear, you can aerate your water or brewed coffee, depending on the type of coffee machine you have.

As mentioned before, the process of aeration also works with wine — it's the real reason people swirl their wine around in the glass, not just to seem like a fancy-ass wine connoisseur: getting "more oxygen into the wine" helps it open up and releases the aroma and flavors. So the next time you're unimpressed with your cup of coffee or glass of wine, try this out! You might be the one sharing the tip with your co-workers or friends.