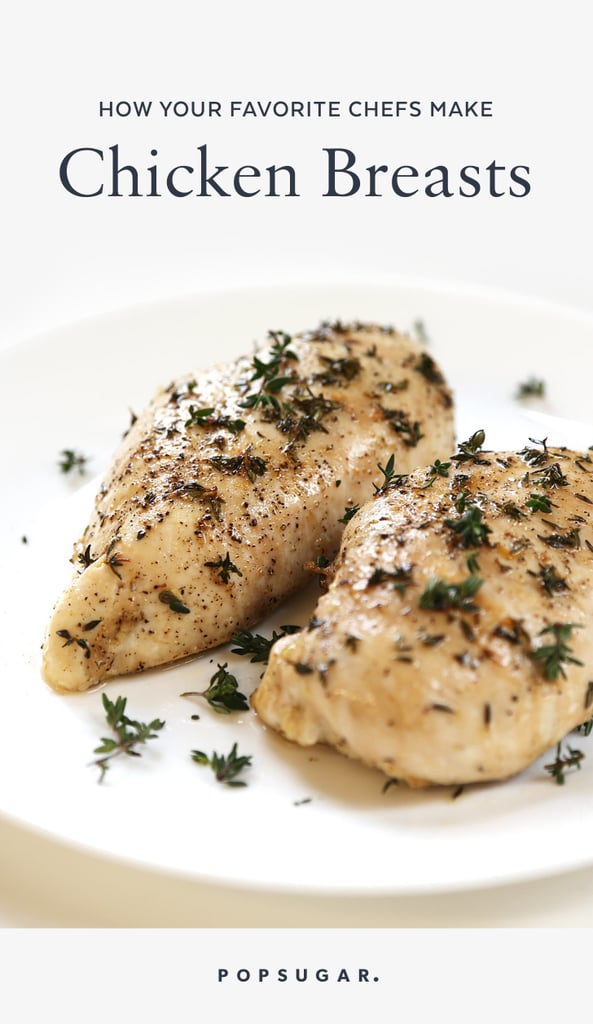 It's no secret that boneless, skinless chicken breasts aren't the most exciting ingredient, but they're certainly one of the most popular among home cooks. If you're feeling totally uninspired by your usual chicken recipes, allow these chef-approved tips to get you out of your rut. Here's how some of the best Food Network personalities and more of our favorite celebrity cooks transform their chicken breasts.

Alton Brown's recipe is for chicken kiev, a popular dish that involves pounding the chicken breasts thin before stuffing them with herbed butter, coating them in breadcrumbs, and frying them. Alton's pro tip is to refrigerate the rolled-up, stuffed chicken breasts for at least an hour so they stay intact while being fried, so you don't have to worry about pesky butcher's twine.

Ina's lemon chicken breasts recipe has a five-star rating out of more than 600 reviews, and it's easy to see why. She makes sure there's maximum lemon flavor by baking the chicken breasts with plenty of zest, juice, and wedges.

Related:
This Is How All Your Favorite Chefs Cook Steak

Chrissy Teigen: With a Brick

Yes, an actual brick. Once you try the technique in Chrissy Teigen's brick chicken recipe, you might never go back.

Rachael Ray's spinach- and mushroom-stuffed chicken is further proof that stuffing your food is always a good idea. A filling made of spinach, mushrooms, ricotta, parmesan, and garlic results in chicken that's anything but bland.

Giada's foolproof chicken piccata is the ultimate Italian-style chicken dinner. With a short list of impactful ingredients (butter, lemon juice, chicken stock, and capers), you can make your own restaurant-worthy chicken.

Cooking Apps
Looking to Up Your Culinary Skills? These Cooking Apps are Here to Help You Chop Like a Pro
by Kate-Lynne Wolmarans 13/7/20
Latest Recipes, Menus, Food & Wine