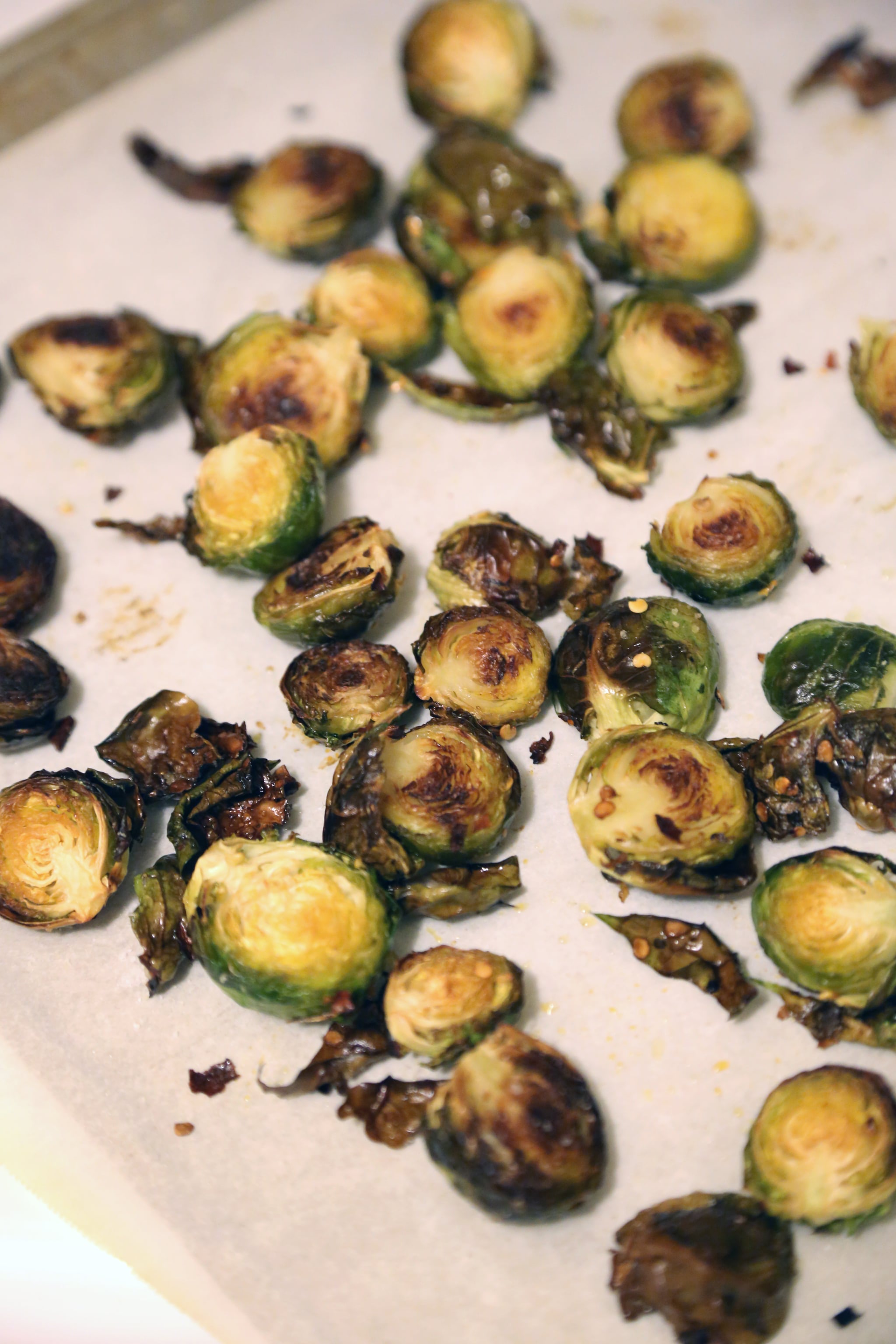 Roasting vegetables is one of the easiest and most flavorful ways to prepare them . . . if you do it right. If you've ever roasted veggies only to be disappointed by their soggy texture, there's a simple reason that happened and an easy way to fix it: you might be overcrowding the sheet pan. Just like couples in a fight, vegetables need space. It's tempting to cram as many potatoes or brussels sprouts on a pan as possible (who wants to do more dishes or make two separate batches, am I right?), but avoiding overcrowding the pan is the difference between a successful side dish and a lackluster one. It's simple — crowded foods don't brown.

Crowding vegetables after drizzling them with olive oil, from broccoli to butternut squash, causes them to steam rather than roast. The same rule goes for browning meat in a skillet; you won't get the crispy exterior you're after if all of your chicken is touching each other with no space in between. When my boyfriend asked me, "What did you do differently than I do? These are the best brussels sprouts I've ever had," I realized not everyone knows this transformative trick. With just a little more effort — making sure there's enough open space instead of dumping a whole pile of diced veggies on your pan — you'll be on your way to the best roasted vegetables of your life, too.