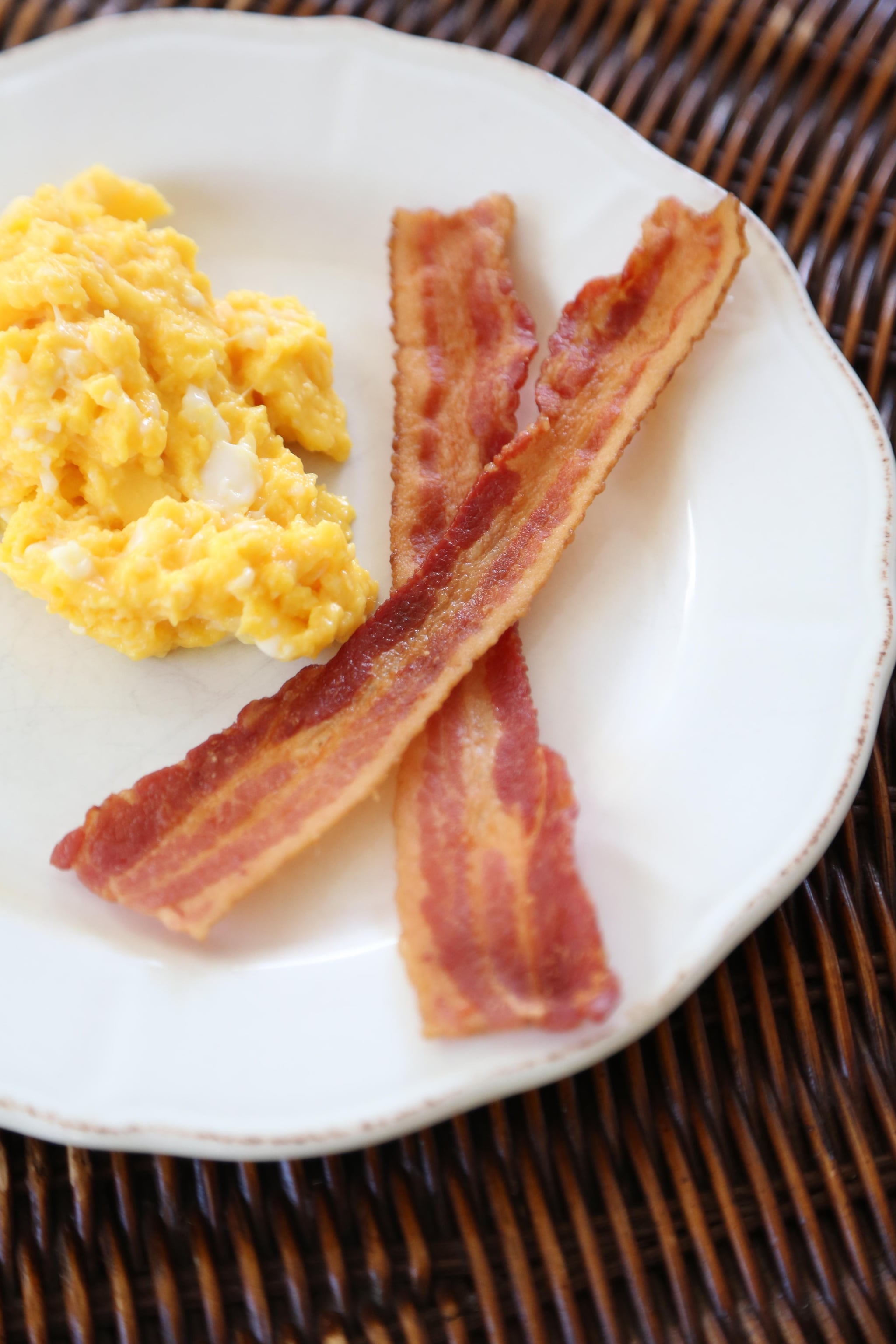 When it comes to eggs, I'd rather have a runny yolk over a scrambled egg any day. But on the occasion that I decide to go with scrambled, there's only one way I'll cook them: in bacon fat. Because if I'm going to have scrambled eggs, I'm definitely going to want some crispy bacon to go with them, and I've learned that the best results happen when you cook both in the same skillet, for three main reasons. One: easy cleanup! One is always better than two when it comes to washing dishes. Two: flavor. the salty, smoky bacon fat seasons the eggs and flavors them in a way that salt and pepper can't. Three: time. I know some people swear by the low and slow method of scrambling eggs, but frankly, I don't have the patience for that in the morning. Adding eggs to an already-hot skillet means they cook in a matter of seconds.

Here's how I recommend doing it. Whisk eggs in a bowl and fry up your desired amount of bacon in a nonstick skillet over medium-high heat (I'm usually cooking two strips of bacon, and I have Sur La Table's nonstick skillet). When it's crispy, turn off the heat, place the bacon on a paper-towel-lined plate to drain, and see how much fat remains in the pan. You'll only want one to two tablespoons to cook the eggs so they're not overly greasy, so if there's excess, pour it in a mug to discard later. Remove the skillet from the hot burner, immediately add the eggs, and begin gently mixing with a nonstick silicone spatula. Even though the heat is off, the residual heat will begin to cook the eggs immediately. If you need more heat, return the skillet to the hot burner and turn it on low. Keep cooking for about a minute until they're no longer runny but still soft. You likely won't need salt or pepper, but taste and adjust to your preference. Serve with your bacon, and enjoy!