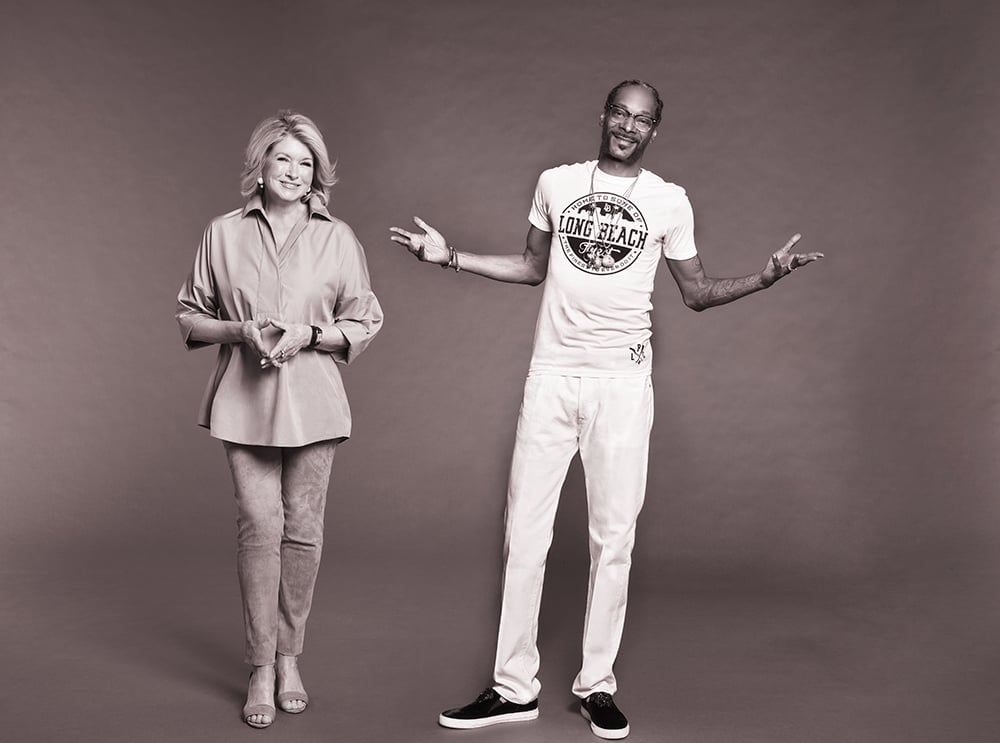 In what might be one of the most unexpected pairings in reality show history, Martha Stewart and Snoop Dogg just announced their upcoming show, Martha & Snoop's Dinner Party, which will air on VH1 this Fall. Though the show comes as a surprise, the two had previously worked together on Martha's own talk show, as well as on Justin Bieber's roast on Comedy Central.

Though details about the show are still emerging, it is expected to be a weekly series wherein Martha and Snoop host a food- and fun-filled evening for their respective, high-profile guests — emphasis on the "high," in Snoop's case.

In a press release, Snoop said, "My homegirl, Martha and I have a special bond that goes back. We're gonna be cooking, drinking and having a good time with our exclusive friends. Can't wait for you to see how we roll together!"