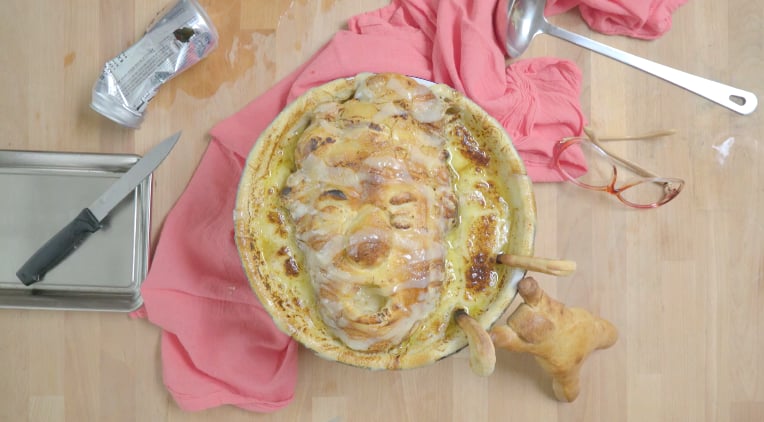 While you're anxiously awaiting season two of Stranger Things and planning your Stranger Things Halloween costume (seriously, they're going to be everywhere), we've got the perfect recipes that will knock your taste buds upside down. Netflix has released step-by-step videos of two Stranger Things-themed recipes inspired by two of the show's most iconic characters: the Demogorgon and Barb. Demogorgon Pie is a cross between pumpkin and cherry pie, and French Onion Barb is like classic french onion soup with . . . a Barb-shaped face for garnish.

Anyone who has seen Stranger Things knows that Barb — no spoilers! — doesn't exactly get the royal treatment. While making this French onion soup version of Barb (pictured above), you might feel a little weird torching her Swiss-cheese-covered face, but the results are guaranteed to taste amazing. All you need for this spin on a classic comfort food is olive oil, butter, pizza dough, onions, beef broth, a dash of sherry vinegar, and Swiss cheese. 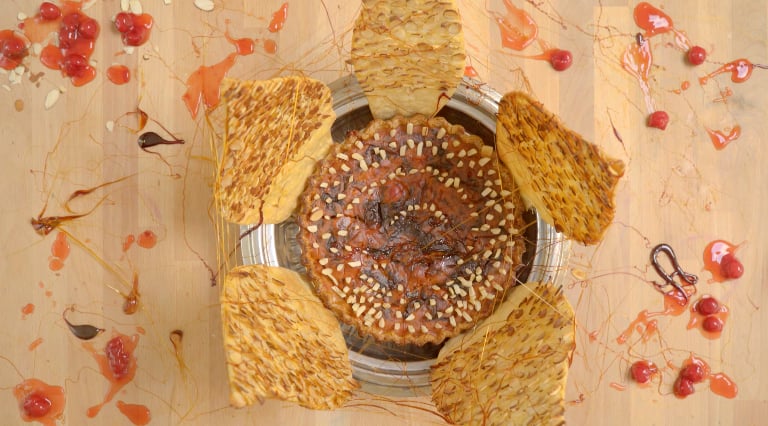 Demogorgon Pie starts with store-bought or homemade pie crust, followed by a filling made mostly of pantry staples: pumpkin puree, jarred cherries, eggs, and sweetened condensed milk. To create the appearance of the faceless creature, you surround the pie (the "face") with cut-out strips of pie crust covered with slivered almonds that mimic the scaly skin. It might not be the most Instagram-worthy pie of the season, but it's scarily realistic.

If you can't wait to make these recipes for Halloween or for a binge-watching session, watch the full breakdown of the recipes in Netflix's videos below, and then catch up on everything that might happen in Stranger Things season two.