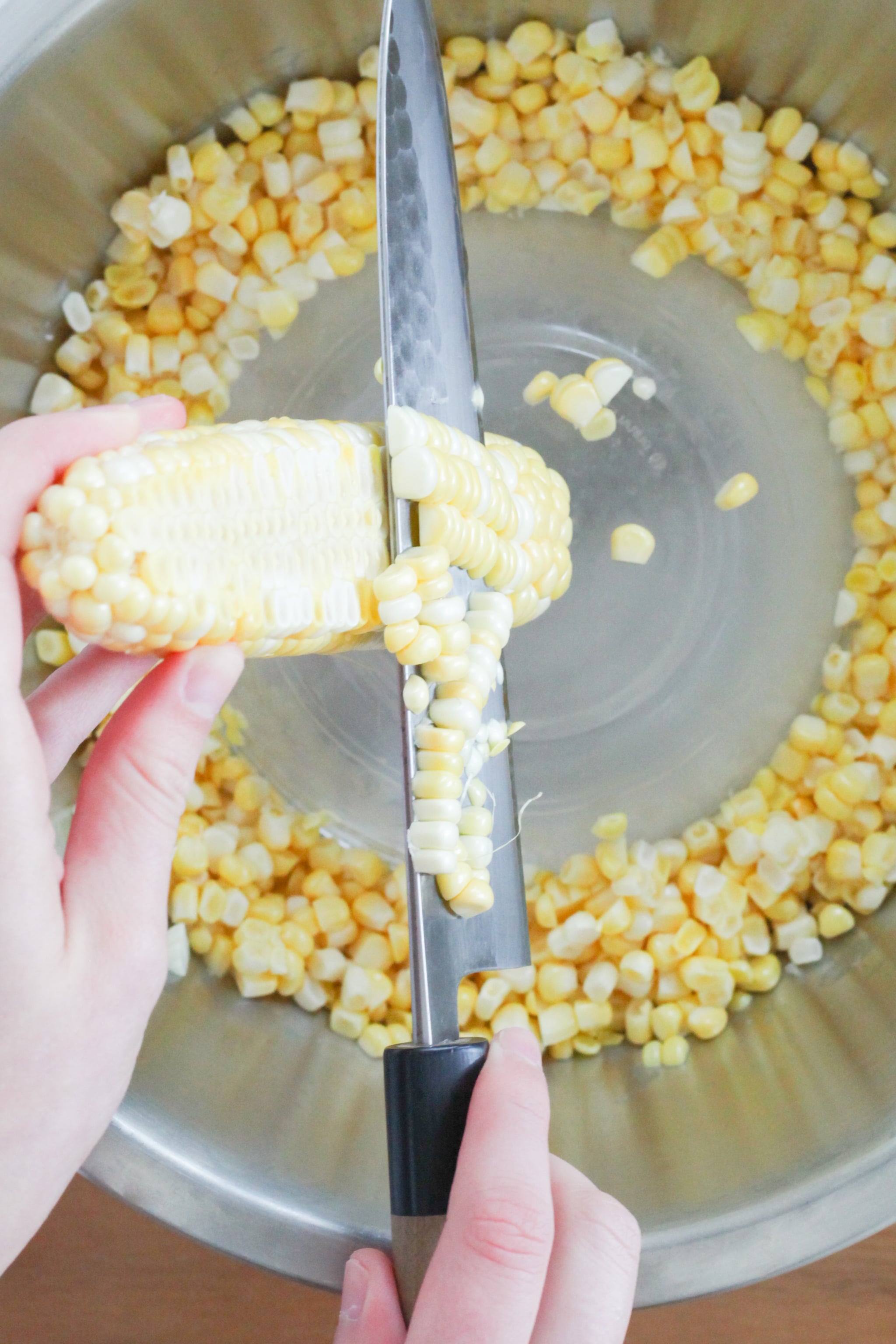 You may or may not have seen the Pioneer Woman episode with Ree Drummond's baked cream corn casserole, but after seeing the recipe, you're going to want to make it ASAP. Like all of Ree Drummond's best recipes, this summery side is fast, easy, made with only a few simple ingredients, and — most importantly — satisfying. The five key ingredients are fresh corn, red bell peppers, fresh jalapeños, butter, and heavy cream. Like an elevated version of the standard creamed corn you've probably made before, this corn casserole has the freshness of the bell peppers and the heat of the jalapeños to cut through the richness of the cream and butter.

First, you'll want to cut the corn kernels off the cob into a deep bowl with a sharp knife (as pictured above). That's the hardest part, and from there, all you have to do is combine the rest of the fresh ingredients in the bowl, add plenty of salt and pepper, and pour it into a baking dish. You'll know the corn is ready to serve when it's piping hot and bubbling, which takes less than an hour at 350°F. Reviewers' comments include "best corn I ever ate," "never any leftovers," and "my new go-to side Summer side dish." The only change you might want to make is doubling the recipe. See the full recipe for yourself ahead, and prepare to pair it with your favorite Summer potluck recipe all season long.

Related:
The Pioneer Woman Swears by This 16-Minute Pasta Dish