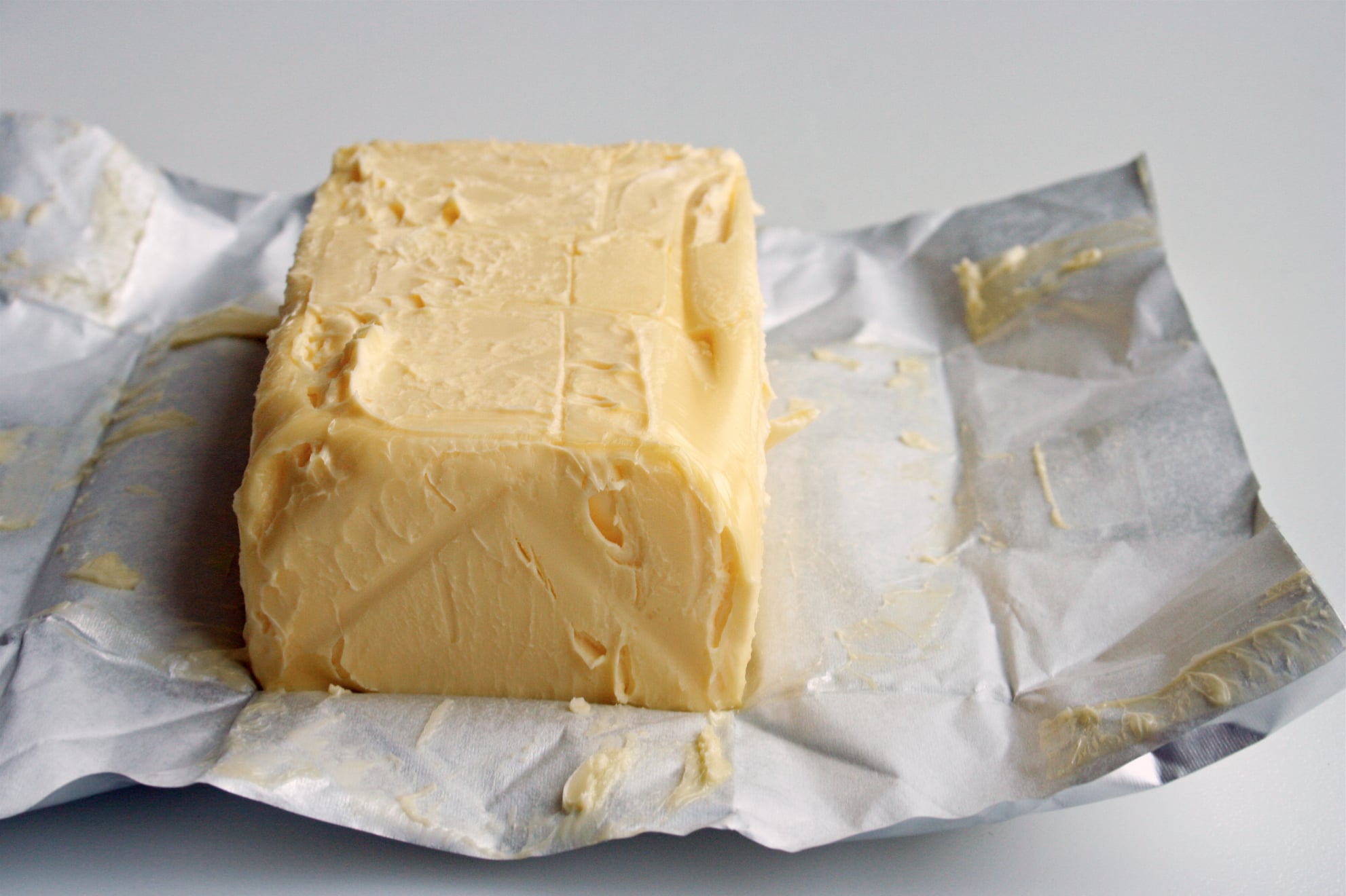 One of the most heated debates in the kitchen is whether or not you should refrigerate butter. Some people cringe at the thought of leaving butter on the countertop, while others swear there's nothing worse than cold, hard butter straight from the fridge. It's an understandable question with an even more complicated answer. The short answer? It's OK to leave it out — with some restrictions.

While butter is a dairy product, it's mostly fat, meaning that it's less susceptible to bacteria. Salted butter is even less prone to bacterial growth than unsalted butter because of its sodium content, so the shelf life of the two types of butter is slightly different. When it comes to leaving butter out of the fridge, the first important rule is that it should be kept in a butter crock or a similar airtight container. If butter is exposed to air, it spoils much more quickly. When properly sealed in the container after each use, salted butter sitting out in a crock will last about two weeks, according to Organic Authority. If room temperature in your kitchen reaches above 70°F, however, it's best to refrigerate ASAP. But unsalted butter is best left in the fridge at all times.

I went to college with a man, nay, a boy, who insisted on leaving butter on the counter and never refrigerated it.

@drewmagary I recently began leaving butter out. It is a life changer.

Dunno what annoys me more about my mums bf, the fact he butters one side of bread for a sandwich or him leaving the butter out the fridge

If you need softened butter for baking but didn't give it a chance to reach room temperature, the trick is to grate the butter so it becomes soft.