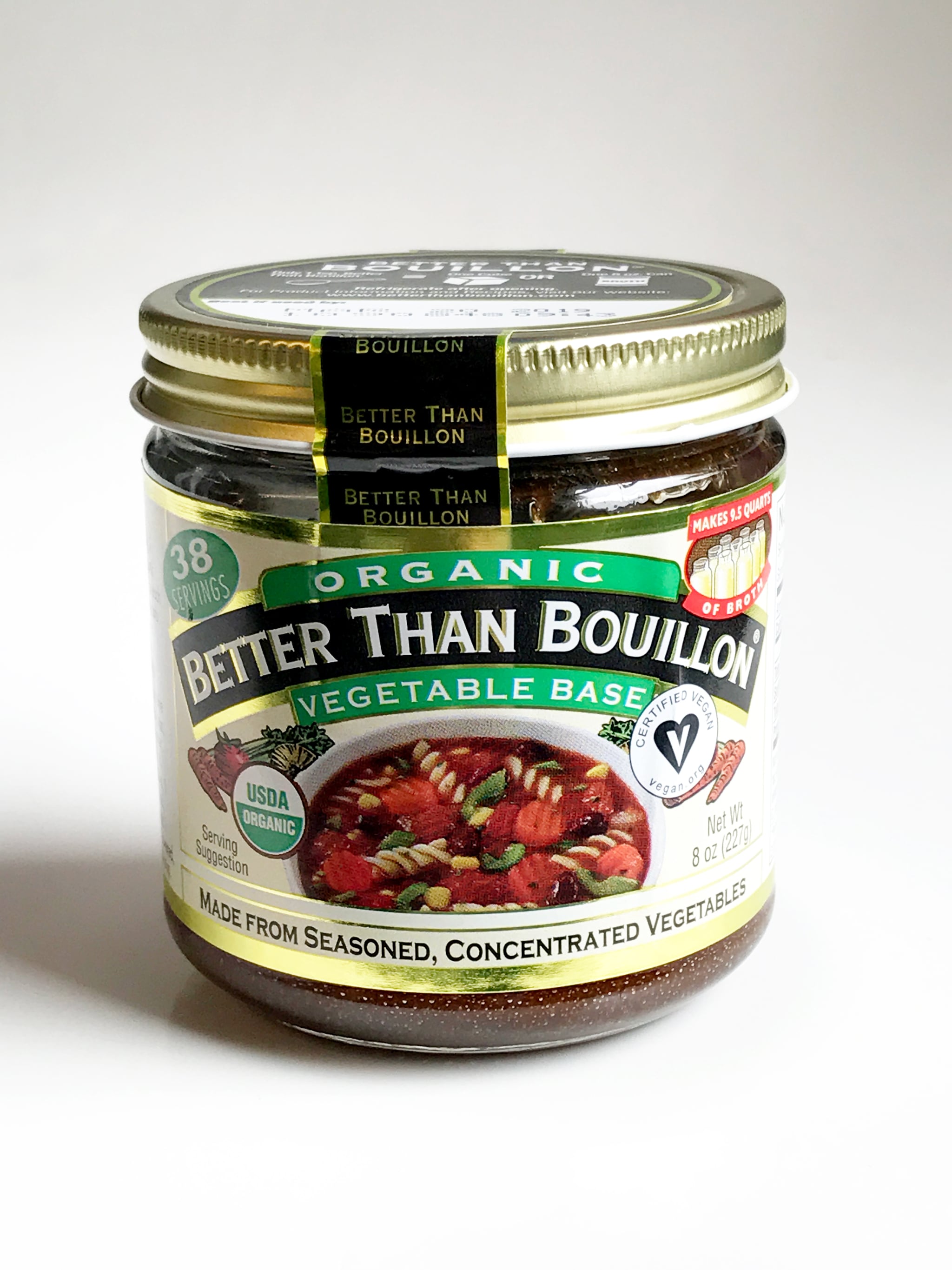 Do you want to know my secret flavor starter? Better Than Bouillon! I keep it stocked in my fridge at all times. BTB is not gourmet by any means, but its savory umami-ness has made me addicted. It's my go-to soup starter. A tiny dollop always goes in a pot of beans, lentils, rice, or other grains. I put it in tomato sauce. I've tried it in oatmeal. Thanksgiving gravy always has a little bit of it. Heck, I can't think of a single savory recipe I've made where this hasn't made an appearance at least once. It's just so easy and perfectly flavored.

Though I've tried all the flavors that BTB offers, Vegetable Base is king. It contains all the components that make food taste awesome: soy sauce, salt, sugar, etc. A small jar costs $7, which may seem steep, but it lasts for several months and an upward of nine-and-a-half quarts of broth. Consider: those quarts of premade broth usually cost several dollars, and the truth is, you're paying for water. Though I didn't initially buy BTB for any other reason than its flavor, I love the added bonuses of saving money and and cutting down on package waste.