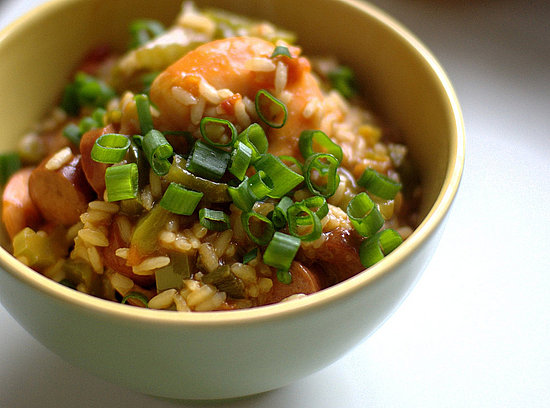 New Orleans cuisine: boy, it may have a richly-colored heritage, but unless you're from around there, it sure can be confusing. Not only is it hard to keep track of which dishes are Cajun and which ones are Creole, but those rice dishes can be pretty tough to keep straight! So gumbo, jambalaya, étouffée: what's the difference, anyway?

Think of jambalaya as a distant relative of paella. It's got protein and vegetables (sometimes tomatoes, sometimes not), with rice and stock later simmered together or combined before serving. In contrast, gumbo — a mix of vegetables and meat or shellfish with thickened stock — is thinner and served as a soup alongside rice that's cooked separately.

Different from gumbo (which is considered a soup), étouffée's a main course, made of one type of shellfish (crawfish or shrimp, for instance) that's been smothered in a thick sauce and sometimes served ladled over rice. Don't confuse any of these, of course, with the city's historic Monday favorite: red beans and rice. Got all that?