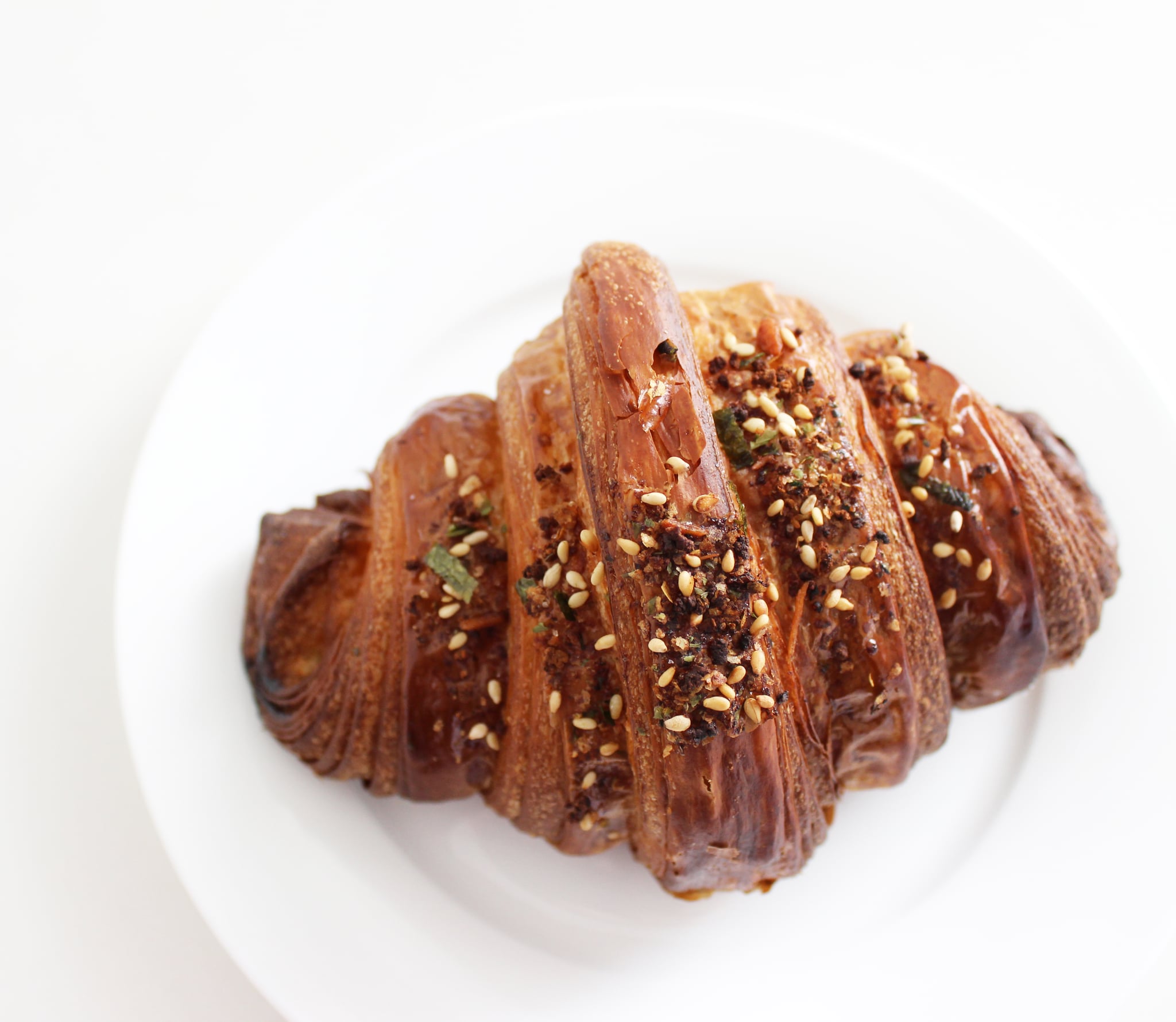 Back in 2015, when I made my way to San Francisco eatery Mr. Holmes Bakehouse to taste the Instagram-famous Cruffin for a POPSUGAR story, I walked away with pastries on my mind . . . but not the one I'd set out to try. Rather, I couldn't keep the California Croissant — a flaky, savory, delectable croissant stuffed with sushi fixings — out of my mind, and I found myself regularly going back for more. So when, three years later, the internet finally discovered this delicious creation and dubbed it "crossushi," I was fully on board with the trend and couldn't wait for word to spread.

So, what's crossushi all about? Allow me to break down every flaky layer of this delightful food hybrid for you. Just don't go blaming me when your stomach starts growling — you're the one who clicked on this article. 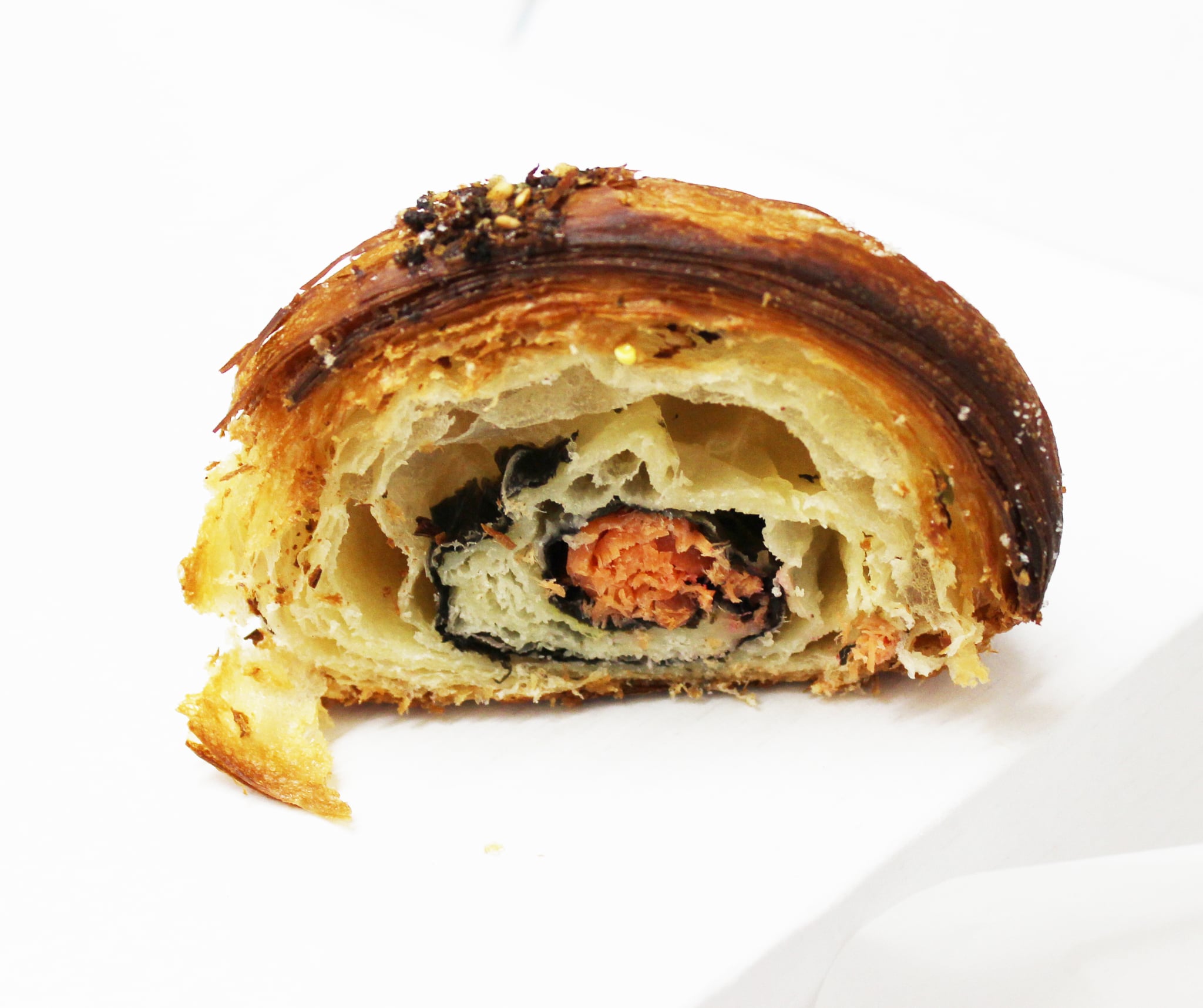 Picture this: a classic French croissant, baked to perfection. But when you bite into it, there's a salmon roll with ginger and a bit of wasabi, and the whole thing is topped with a mix of dried sesame and seaweed bits (nori). It all comes with a side of soy sauce, if you feel so inclined, but with so much flavor baked into the roll, you won't even need it!

Surprisingly, the entire effect works really well! The salmon isn't cold and raw like in in a traditional sushi roll — it's a sort of smoked salmon that, since it's been baked into the pastry, has a rich flavor that doesn't seem out of place. The wasabi and ginger are very faint, and the nori seasoning that tops the pastry is a perfect finishing touch. Anyone who enjoys seafood and savory dishes will be all about it!

Where can I get one?

You can find the original sushi croissant, the "California Croissant," at Mr. Holmes Bakehouse locations. (Currently, there's the original in San Francisco and two additional bakeries in Los Angeles and Seoul, Korea.) Now that the internet has a new obsession with the savory treat, though, we can undoubtedly expect other pastry makers to put their own spin on the creation sometime soon!