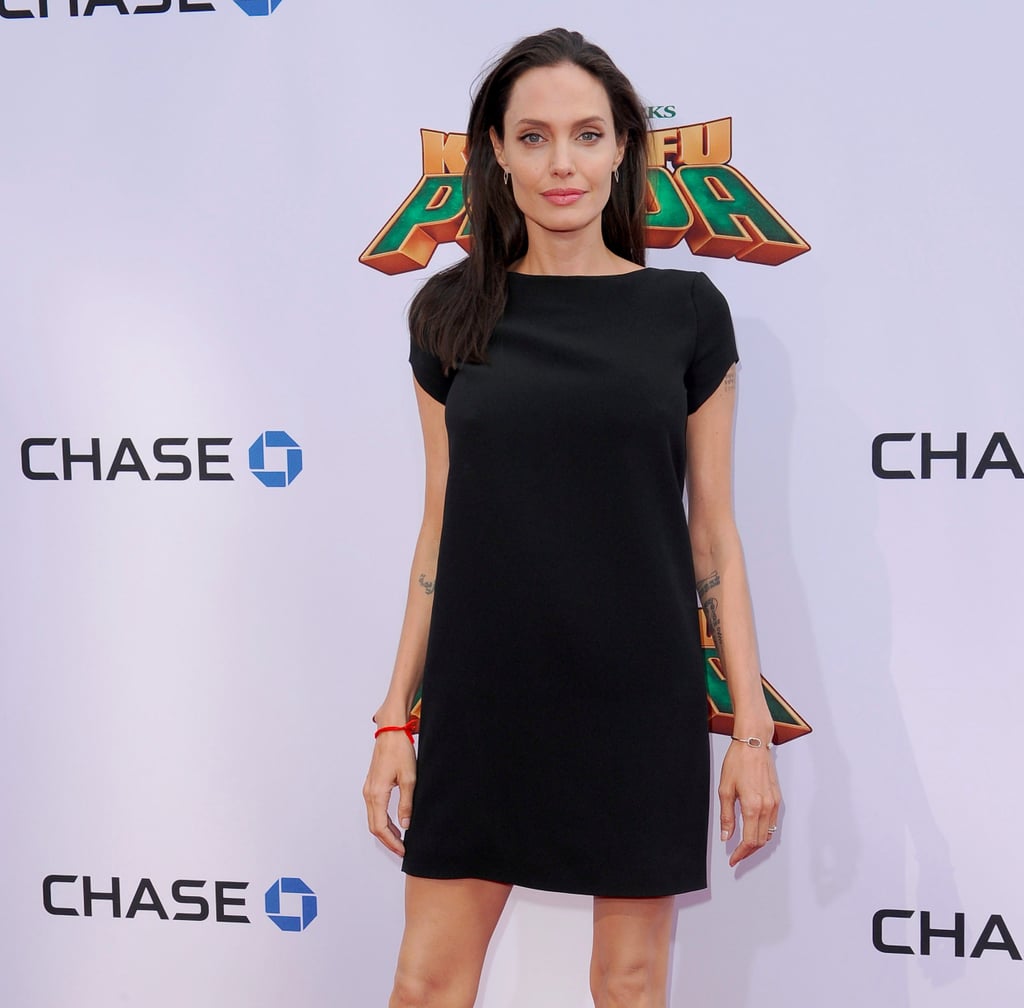 It looks like after a short stay in Malibu, Angelina Jolie and her six children have moved on to a more long-term rental home in Hidden Hills, CA. As we previously reported, after filing for divorce from Brad Pitt, the 41-year-old actress packed up her and her children's belongings and moved into X-Men director Bryan Singer's Malibu estate, but that was only a short-term rental. Angelina and her children have relocated to the luxurious Hidden Hills suburb of Los Angeles into a beautiful home.

The six-bedroom, eight-bathroom estate is owned by Denise Richards, who bought the house in 2007 after filing for divorce from Charlie Sheen. It sits on over 8,000 square feet and is being rented to Angelina at $30,000 per month (for sale at $6.9 million). The home has since been remodeled and is covered in luxurious accents, including a gourmet kitchen with a pizza oven, a wine tasting room with "custom controlled wine walls," two private offices, and there's even a dog kennel room for pet-lovers! But we're truly blown away by the backyard — the two lagoon-style swimming pools and a Playboy mansion-esque grotto are major selling points, along with the 800-square-foot extravagant cabana. The Jolie-Pitt kids will have plenty of space to play in this beautiful home.

Keep reading to see the photos of where Angelina and her kids will be living since filing for divorce.