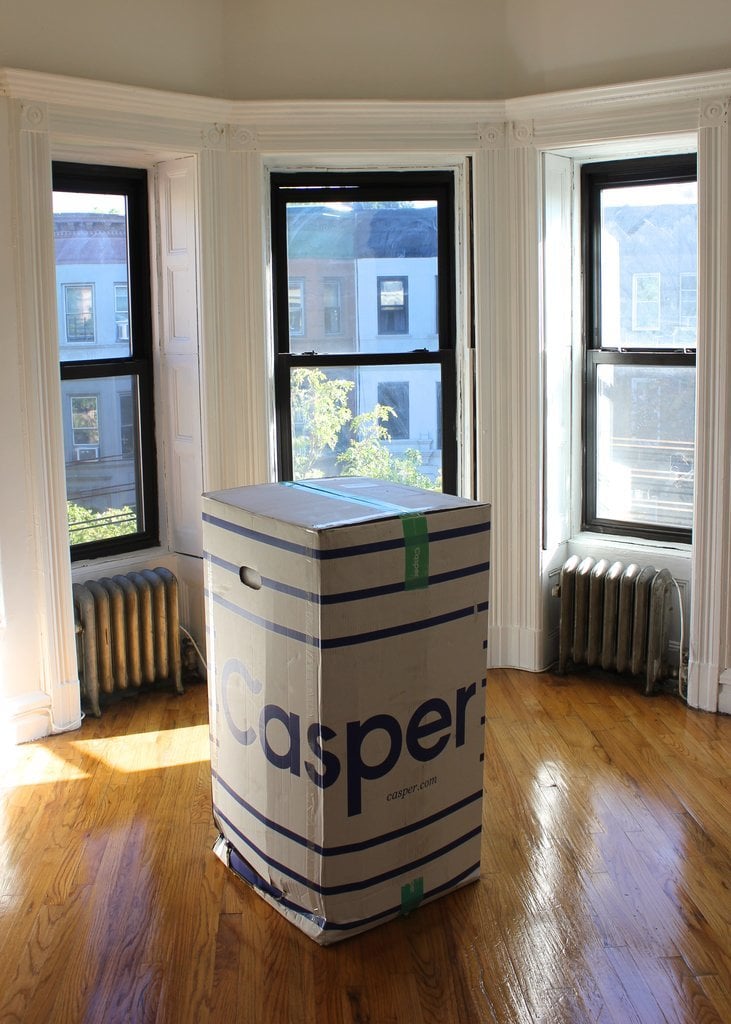 I Tried Kylie Jenner's Trendy Mattress, and Here's What Happened

As a millennial, I order more meals from Seamless than I care to admit, almost exclusively shop online, and have a deep appreciation for convenience and immediate gratification. So when I transplanted from California to New York and set out to buy a mattress as my first purchase, I didn't realize how overwhelming the mattress-shopping process would be until I spent a weekend navigating big-box stores. The sheer volume of mattress types and seemingly arbitrary markups were headache inducing — and let's not forget about the intimidating task of transporting the mattress from the store to my apartment. Acquiring a mattress was shaping up to be an impossible task.

Then I discovered Casper, a millennial-friendly mattress start-up that delivers mattresses in boxes at astonishingly low prices. Since launching in April 2014, the company has generated a lot of buzz, popping up in the Instagram feeds of celebrities like Kylie Jenner, Kat Graham, Emmy Rossum, and Ashley Greene. When the youngest Kardashian-Jenner sister moved into her $2.7 million mansion, the first thing she unpacked was — you guessed it — her Casper mattress.

So why the hype? The "bed-in-a-box" company eliminates the difficulties associated with traditional mattress shopping, thanks to its online-only retailing, hassle-free shipping system, and free trial period. To further simplify things, Casper only offers one kind of mattress, which is available in the standard six sizes, with prices ranging from $500 for a twin to $950 for a California king. The celebrity fandom could also be linked to its celebrity funding. After earning $1 million in revenue in its first month, investors like Leonardo DiCaprio, Tobey Maguire, Adam Levine, and Ashton Kutcher's A-Grade Investments decided to hop in bed with the company. The next question is obvious . . . does the product actually stand up to all of the hype? I decided to find out for myself.