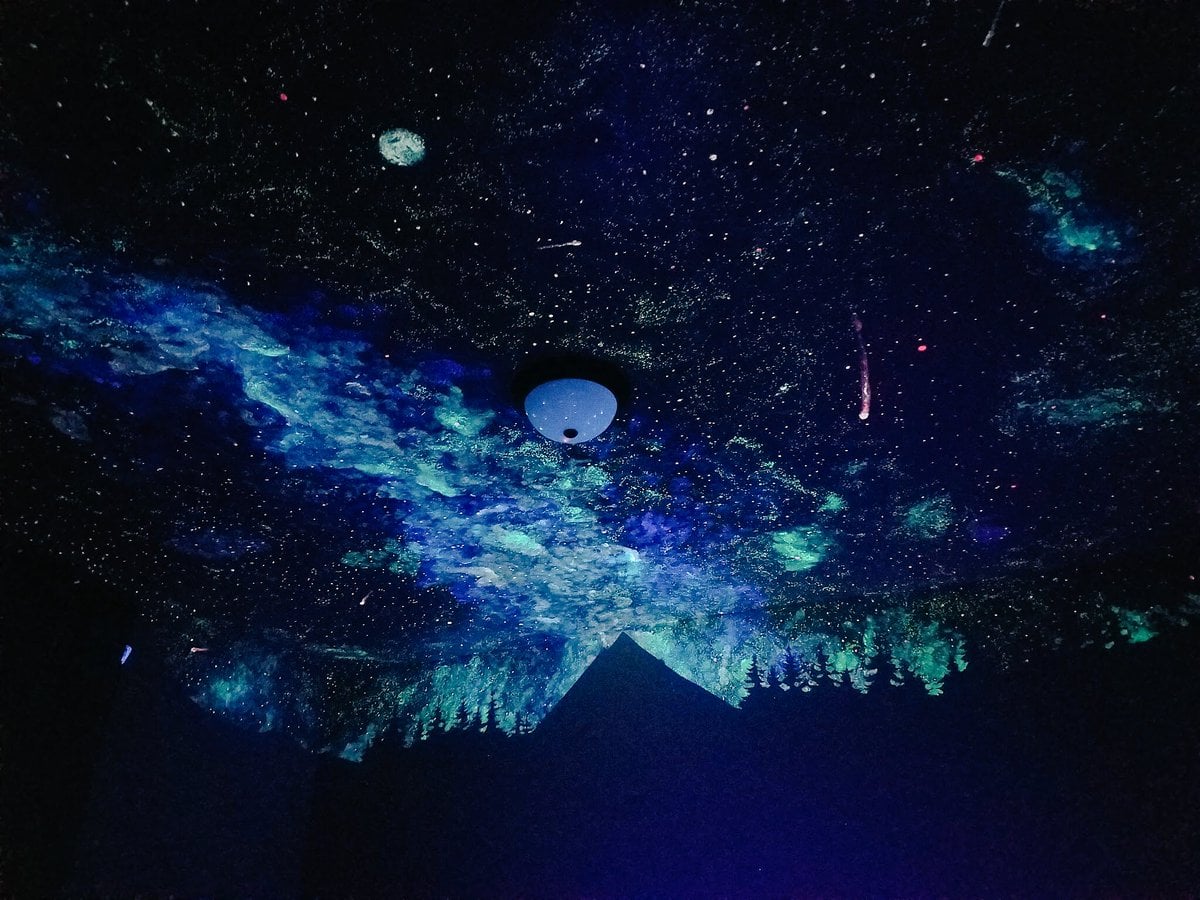 At 4 years old, Ben's family was moving and he was scared to sleep alone for the first time in his own bedroom, but his mom's friend, Twitter user crisp22, decided to give Ben the surprise of a lifetime. "Ben has been sharing a bedroom and he DID NOT want to sleep alone. He was pitching a lot of fits about having his own bedroom," she wrote on Twitter, explaining that Ben hates the new house and his new room and, like many 4-year-olds, has been throwing major tantrums.

The freelance artist and friend of Ben's mother posted the photos above and shared her heartwarming story. Using invisible, glow-in-the-dark paint, she was able to transform Ben's new bedroom walls into an insanely mesmerizing starry scene. Crispin used different shades of water-based acrylic glow paint and sponges to illuminate the stencils on Ben's wall. The best part about this is how surprised he was when he saw the jaw-dropping art. Because the paint was invisible in the daylight, he did not see the artwork until bedtime.

I'm working today. But it's the best kind of paid work there is 🎨 pic.twitter.com/S66Xmg9ilv

"Parents tell Ben goodnight, hit the lights. Ben screams for two seconds then there is this huge comical pause, and an excited 'WHATS THAT?!'" she wrote on Twitter. "Followed by two minutes of Ben jumping on the bed, turning the lights on and off, and his siblings super jealous. Victory!"

Check out the insane DIY glow-in-the-dark wall below.

My friend's 4 year old has no idea that I did this to his room (paint is invisible in day light). Best way to spend a Saturday 🎨🎨 pic.twitter.com/tHRtIeYjyE