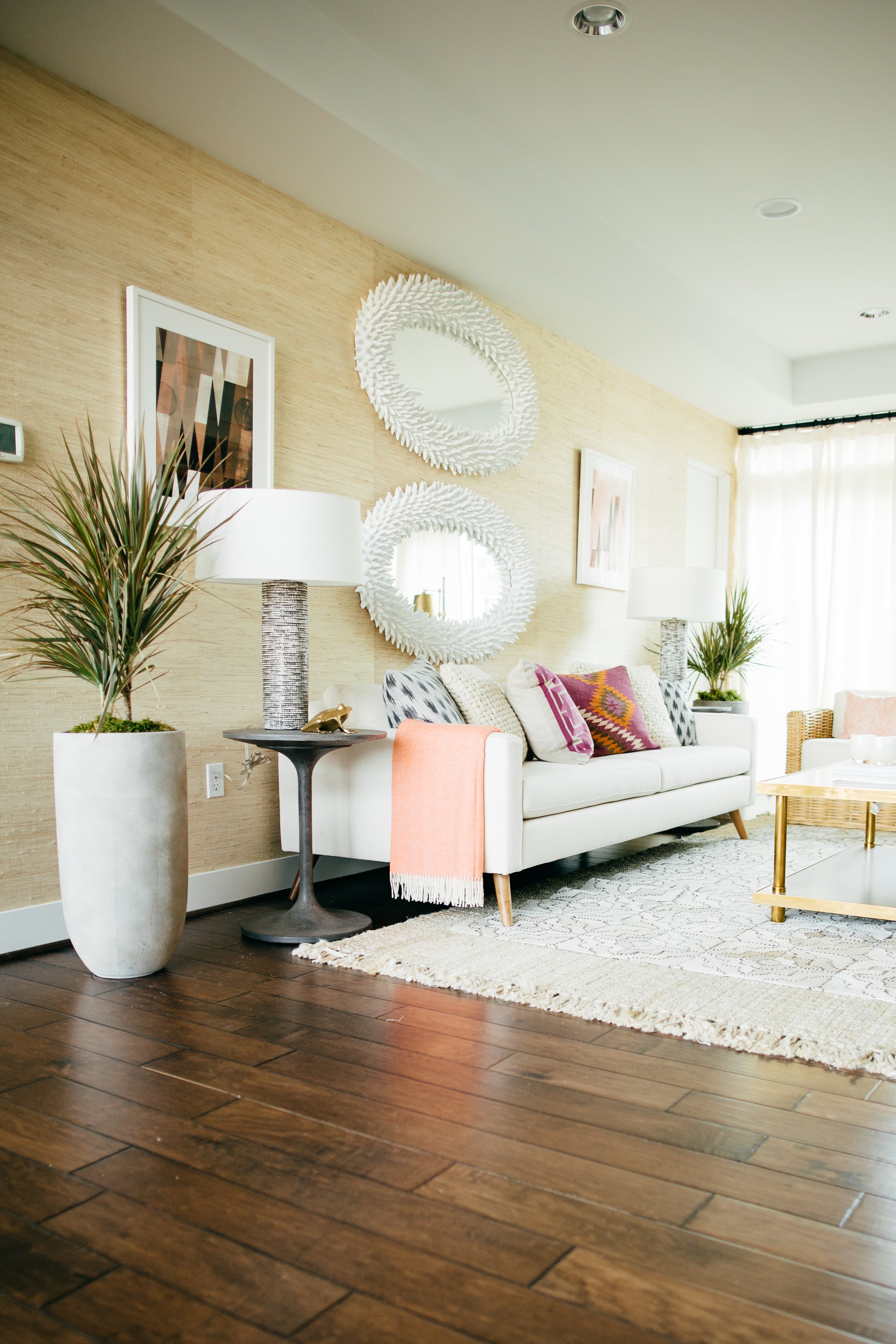 Today, hardwood floors are a highly desirable home feature, but not long ago wall-to-wall carpeting was all the rage. Home improvement shows make pulling up carpeting as simply exciting as unwrapping a birthday gift – just rip away enjoy the beautiful surprise beneath – but in actuality, it takes some knowledge and know how to get hardwood floors looking beautiful again. We spoke with Dave Murphy, National Training Director at N-Hance WoodRenewal, to discuss what homeowners need to know before embarking on this project.

1. Check What's Underneath Your Carpet

You might think you have hardwood beneath your carpet, but you need to be sure of it. You also want to get an idea of what condition it's in to see if it's even salvageable. "Go to the corner of the room, any corner," says Dave. "Take pliers an peel back the carpet, pull up the paddign adn see if you have nice wood floors. He recommends doing this in several rooms as it's often the case that previous homeowners could only afford to install hardwood floors in one room and not another, which you would want to know before ripping up all the carpet. Dave also advises homeowners to check the carpet int he hallway right outside their bathroom as this area is prone to deep water stains.

2. Rip Up Carpet in Sections

Dave recommends wearing some type of dust mask when removing the carpet since you'll be disrupting years of trapped dirt and dust in the carpet, and you won't want to inhale it. His other big tip is to work in 4-5 foot sections because they're more manageable to carry outside. "Take a razor or utility knife and Cut about 4-5 foot section. Then carefully roll the carpet section like a sleeping bag and carry outside to dumpster."

Once the carpet itself is gone, you'll have to deal with the padding, which is a bit trickier. Not only is the padding held down tot he floor with staples, but it's also more fragile and prone to crumbling apart.

"The biggest problem you'll have is the staples that hold the padding down," says Dave. He's seen many homeowners make the mistake of gouging a screwdriver beneath the staples to pull them up, which he warns will dent and scratch the wood. Instead, Dave recommends using a wire cutter that's rounded on one side or a pair of channel locks to ply free the staples. To make the tedious task a bit more fun, he says it's a good idea to "get some beer, a barbecue and have friends come over and help you pull them out, because it can be an agonizing time to pull all the staples out yourself."

Once the staples are out, it's time to remove the padding. Dave recommends bringing a large garbage bag into the house so you can fill it with old padding on the spot instead of having it fall a part and make a mess when it's carried outside to the dumpster.

Padding – especially padding that has sat atop hardwood floors for decades – will likely leave a residue that needs to be scrapped off. Grab some wood cleaner and scrub at it until it's gone and you can get a better idea of what the bare wood beneath looks like. Once you've assessed the condition of your floors, Dave says, "You've got to ask yourself what look do you want to go with."

If after pulling up the carpet and padding, you're dazzled by how shiny the wood's surface is - it might not be a good thing. It's a sign that the wood had been waxed for years. You can test if it's wax taking a coin and gently scraping across the floor for about a foot or so. If there's waxy build up on the coin, Dave says that it's likely wax residue. Since new finish won't stick to wax, you'll have to sand the floors first.

While some people like the character that dents and dings add to floor and think that finish which has yellowed and ambered over time as a rich patina, then you won't have to do much to the floor. In this case, Dave recommends having it cleaned, abraded, and recoated. "That will hold in all the character and give it a new luster to the floor and protect, preserve that character in the floor," he says.

Since you won't have the added cost of having the floor sanded down, hiring a pro is still an affordable – and according to Dave, a much better– option. Plus, Dave points out, doing it yourself is time consuming and requires skill that most amateurs don't have. In the end, you could end up investing time and money to DIY the project only to hire a pro to fix your work, costing you much more in the end.

If you want flawless hardwood surfaces then you're going to need a pro to come in and completely refinish the floors for you. This can be pricey, but considering it will make your floors look brand new again, it's a great option. As far as refinishing the floors yourself, Dave says it's a time-consuming and messy project that is hard to do well the first time around. Instead of living with an okay DIY job, he says it's better to save up another year and have a pro do it right. Plus, he says that pros often have access to tools and products that DIYers can't simply grab at their local hardware store.

"The big thing that you want to look for is water damage," says Dave. Floors that have buckled or turned black in spots are signs of water damage, likely from water that got trapped atop the wood but couldn't escape because of the carpet over it for years. "Those black discolorations, whether from water or pet stains, probably won't go away even if you sand them. Wood is porous, so the water goes deep down into it."

Thankfully, you don't have to replace the entire floor when this happens. Youc an spot treat by replacing only teh damaged boards. Dave says, "You can find a flooring company that has installers who are looking for side jobs "lacing in" new boards into an old floor." Then, Dave says, the new boards will have to be stained to match your existing floor and painted with a couple coats of polyurethane.

Then, you'll have to get a stain that matches your floor and stain it the same color and then use a paint brush and brush a couple coats of polyeurothane on top of it.

And, Dave reminds, "if you do come across floors with bad spots, remember back in the day, area rugs were there to cover issues on wood floors." He says instead of refinishing the entire floor to fix a problem spot you can just throw a rug or coffee table over them. "Save some money! It's not worth doing the whole floor for a couple boards. when you can spend a couple hundred on an area rug to conceal them"