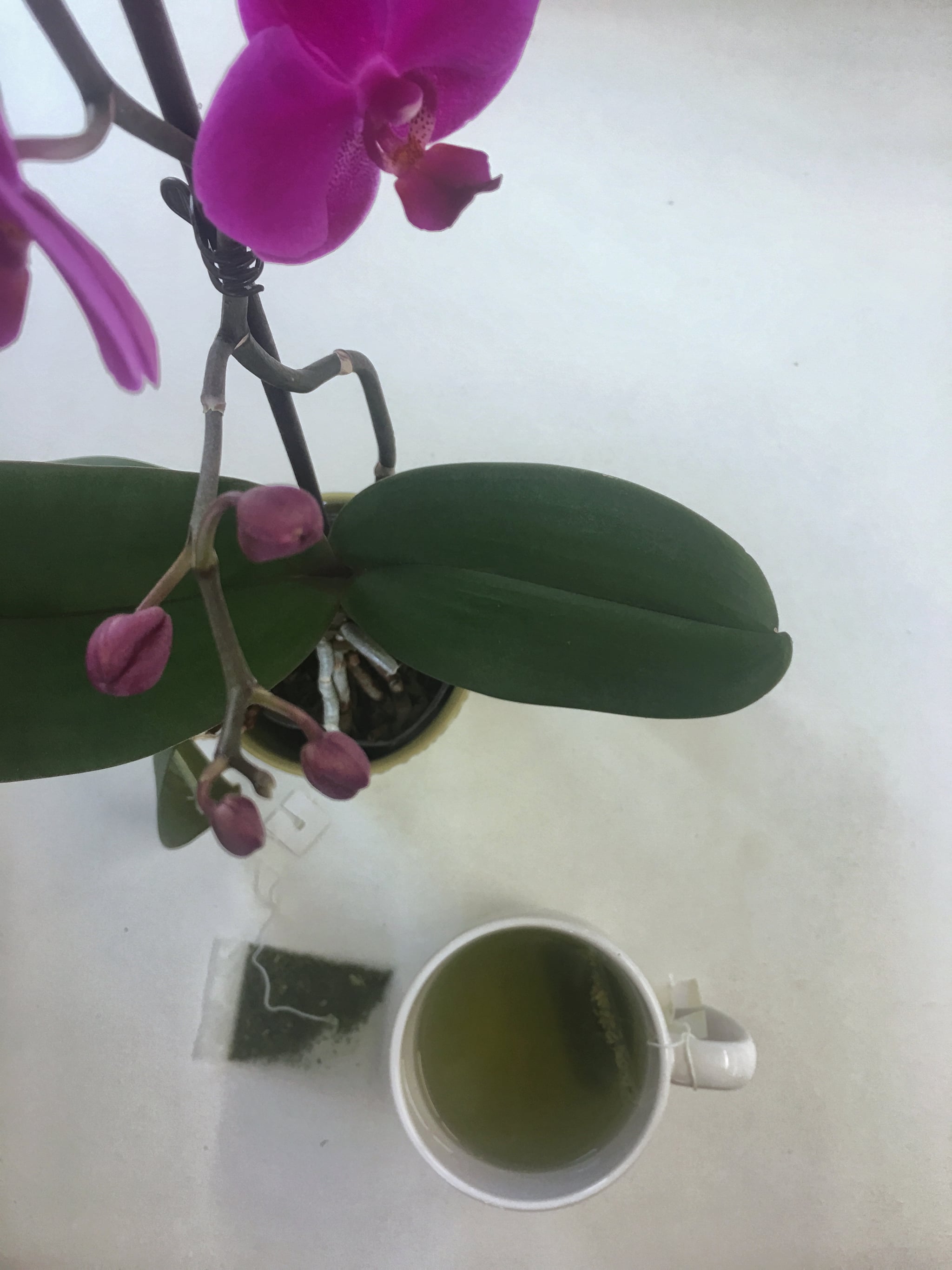 I have been gifted several orchids in my office but hadn't had any luck getting them to rebloom . . . until I switched from drinking coffee to green tea every morning! Even I was a little shocked to discover those delicate orchids would love my green tea switch as much as I did.

Let me explain: I'm an avid coffee drinker but finally decided five cups a day were a few too many. About six months ago, I cut back to two cups right when I wake up at 5 a.m. By the time I get into the office after my 6 a.m. barre class, I usually need a second pick-me-up round of caffeine, so I grab a mug of green tea.

Every morning was the same, and I would limit myself to two cups of tea, using the same tea bag to cut back on my caffeine intake. Frequently, at the end of the day, I would have just a little bit left from my second cup. Rather than toss it, I developed a habit of watering the orchids on my desk with it. The tea was never hot and always pretty diluted. After about a month, I noticed new flower spikes beginning to develop.

On average, I never gave either plant more than one or two tablespoons of tea water per day, and at the end of the work week, I would make sure to dump any excess water from the pot so they would have a dry period over the weekend. Along with sharing my tea, I also followed general orchid care tips, like making sure the plants were never too soggy and that they had plenty of indirect sunlight.

Orchid reblooming is not a fast process, so be patient, but the reward of the bloom is well worth the wait. So before you give your orchid the boot and pick up another one at Trader Joe's, try to rebloom it with a little diluted tea water. It just might turn your black thumb to green. And this technique isn't just for orchids; it will work with any plants that thrive in more acidic soil, like roses and ferns. 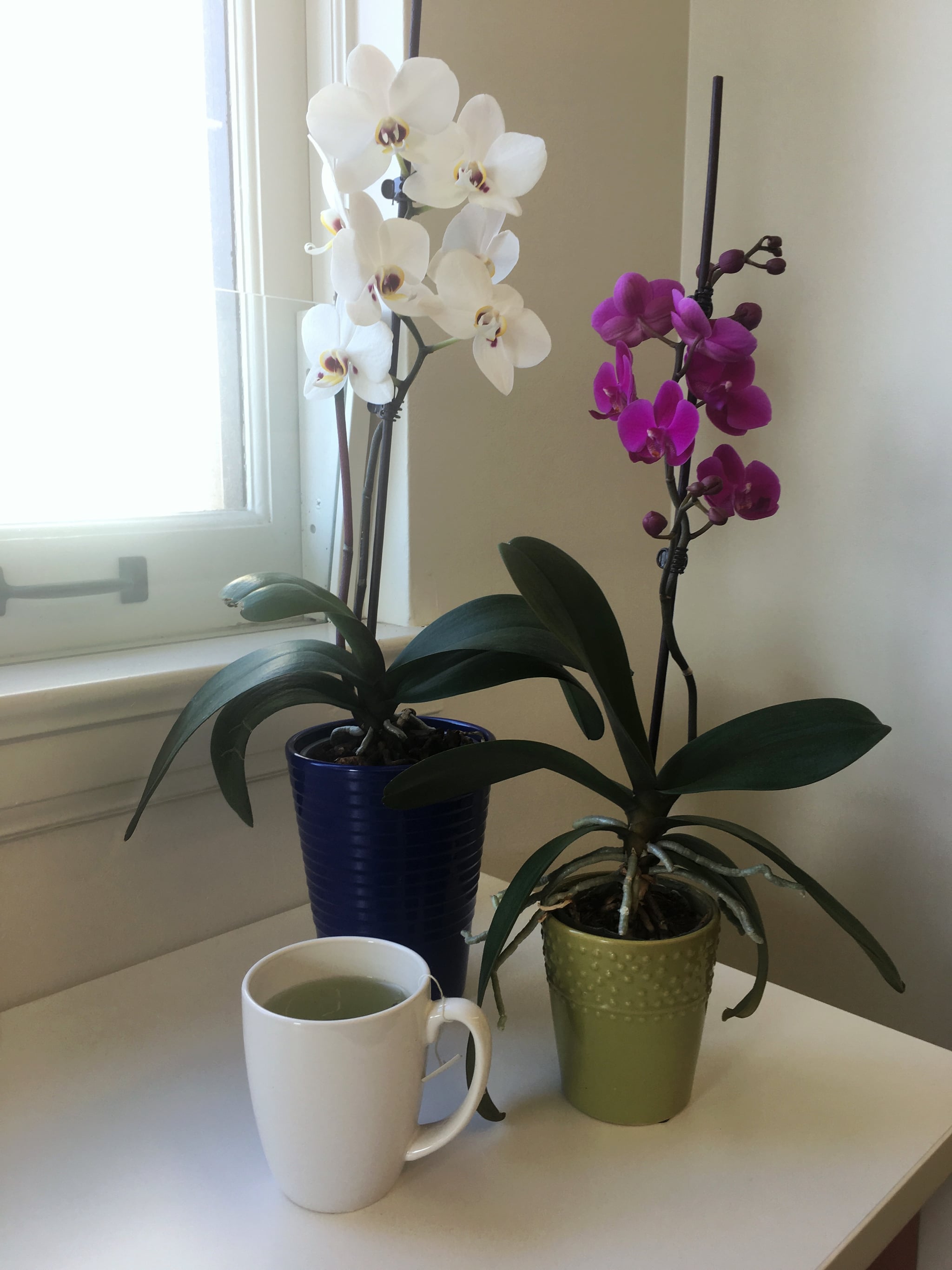