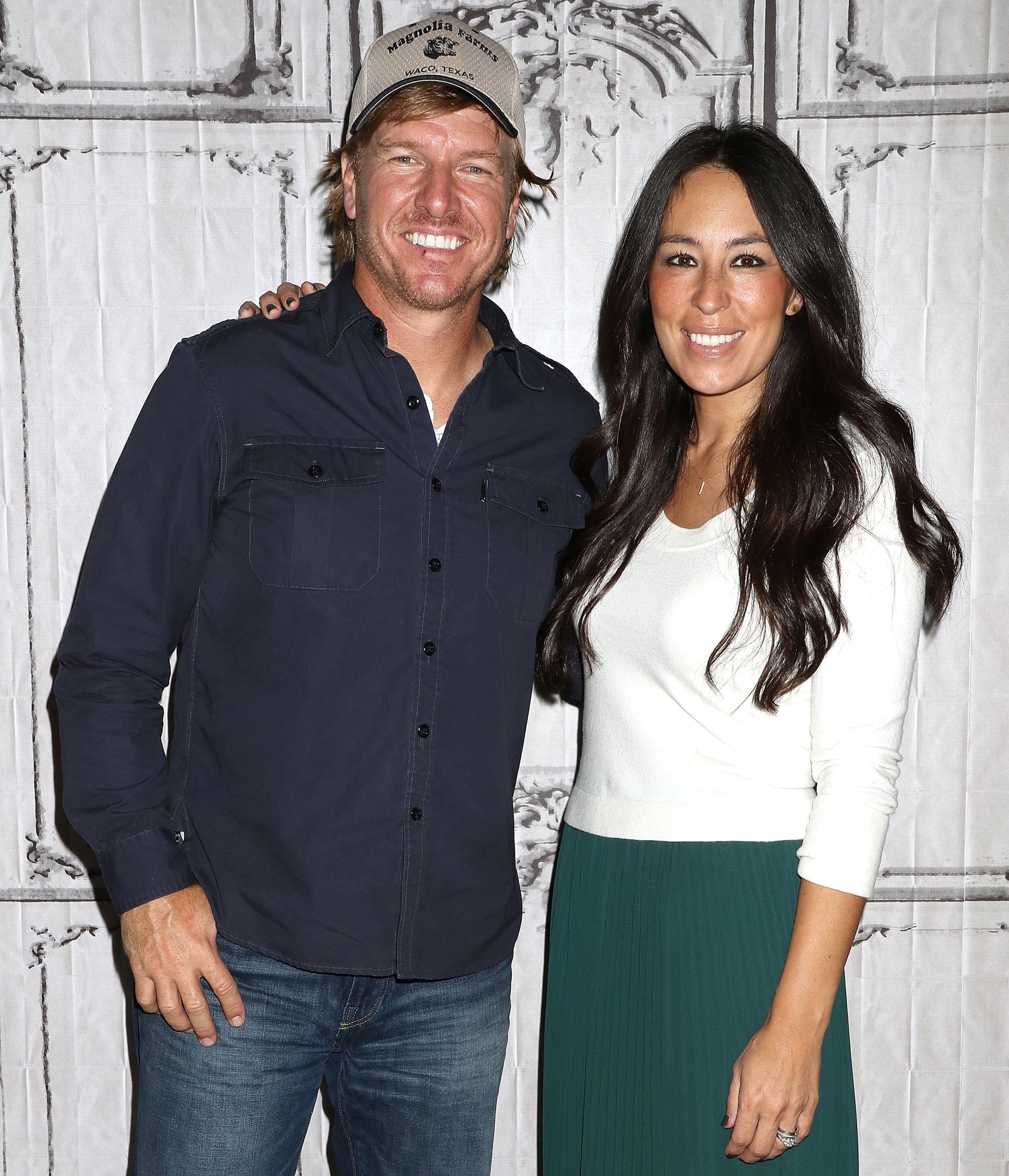 The tears have dried and we've finally come to terms with the fact that Fixer Upper is coming to an end after its fifth season. When Chip and Joanna Gaines made the shocking announcement that ripped our shiplap-loving hearts to shreds, they gave a few details about their decision to bid adieu to their HGTV show. And now that the initial shock has dissipated, the dynamic duo is opening up even more about exactly why they've decided to close the curtains on Fixer Upper.

"We gave everything we had to this show — the beautiful homes and those sweet families — but this just felt like the right time to catch our breath for a bit," Joanna recently told People magazine. It sounds like that breather is well deserved, too. The couple revealed that they've devoted a whopping 11 months per year to filming since they started the show back in 2013. "Nobody told us that that was unique," Chip said, referring to the time-consuming production schedule. "Nobody told us that that was a little bit irrational."

The busy schedule wasn't only grueling for Chip and Joanna — it started affecting the four Gaines children, too. "They would ask, 'Mom and Dad, do you guys have to film again today? When is this going to be over?'" Chip told People. "The kids were so young when we started," Joanna added. "Fast-forward to today and our oldest is almost a teenager — they're all growing up so quickly." The home-improvement couple added how their family was at the center of the decision to wrap up after season five. "We have the chance to regroup and refresh and find out in two years, thank God we stopped and gave each other time and energy and loved our family more than we would've had the resources to do otherwise," Chip said. "Hopefully that will pay dividends down the road."

So what will they be doing in their future downtime? "We really want to focus on this break and take a step back to let this all soak in," Joanna said, adding, "We're entrepreneurs at heart, so we'll always be looking forward to what's next," Today reports. "As it relates to TV, you just never know."

How's that for a glimmer of hope! We're not placing bets on it yet, but that sounds like maybe the Gaineses are open to the idea of returning to TV after a bit of a break? Fingers crossed! In the meantime, we'll be curbing our Fixer Upper addiction by binging on the first four seasons, making every recipe from Joanna's upcoming cookbook, and cracking open our piggybanks to splurge on Chip and Joanna's highly anticipated Target line of home goods.