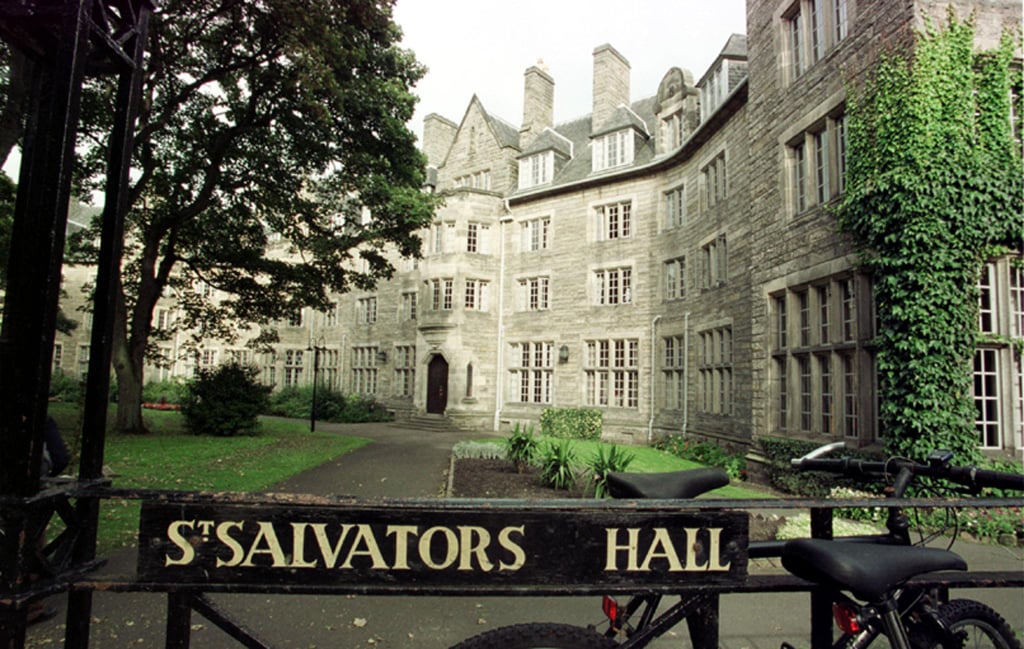 In September 2001, following a gap year spent in Italy, Kate enrolled at St. Andrews University on the east coast of Scotland. She spent her first year living in St. Salavator's Hall, known to students as "Sally's," which was split into male and female quarters. One of the other residents there happened to be Prince William; Kate recalled that she "went bright red and scuttled off, feeling very shy" after first meeting him, and the two went on to become roommates (along with mutual friends Olivia Bleasdale and Fergus Boyd) at 13a Hope Street, an off-campus apartment in the middle of town.