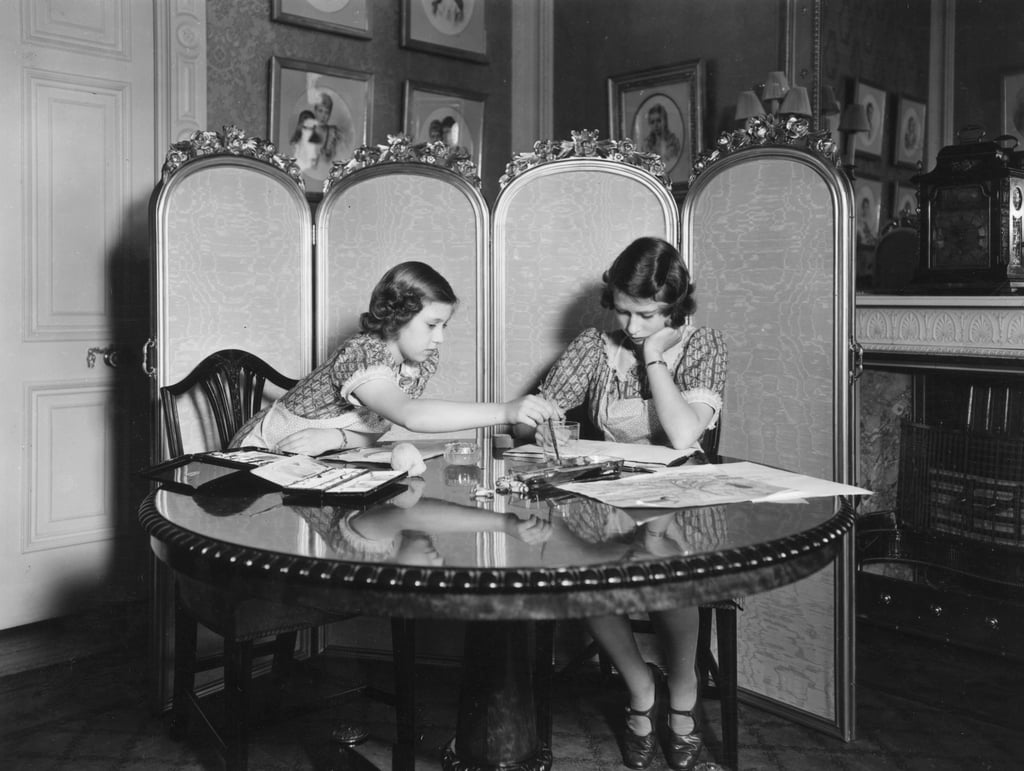 As a baby Princess Elizabeth and later her sister Princess Margaret slept in an immaculate cot trimmed in pink satin and lace and draped in curtains. As she grew into childhood, Elizabeth progressed to an old fashioned bed with bed-knobs, made up in pink and fawn – her mother's favorite colors. The queen's former nanny Marion Crawford wrote in her book, The Little Princesses "The nursery was a world in miniature, a state within a state." There was a long wooden table with a farm created out of toy animals, and lots of books. Unsurprisingly, the pony-mad princess was a big fan of Black Beauty.

The schoolroom was more formal and grown-up, filled with paintings and knick-knacks, and is where Elizabeth and Margaret studied, learned to paint and play piano.