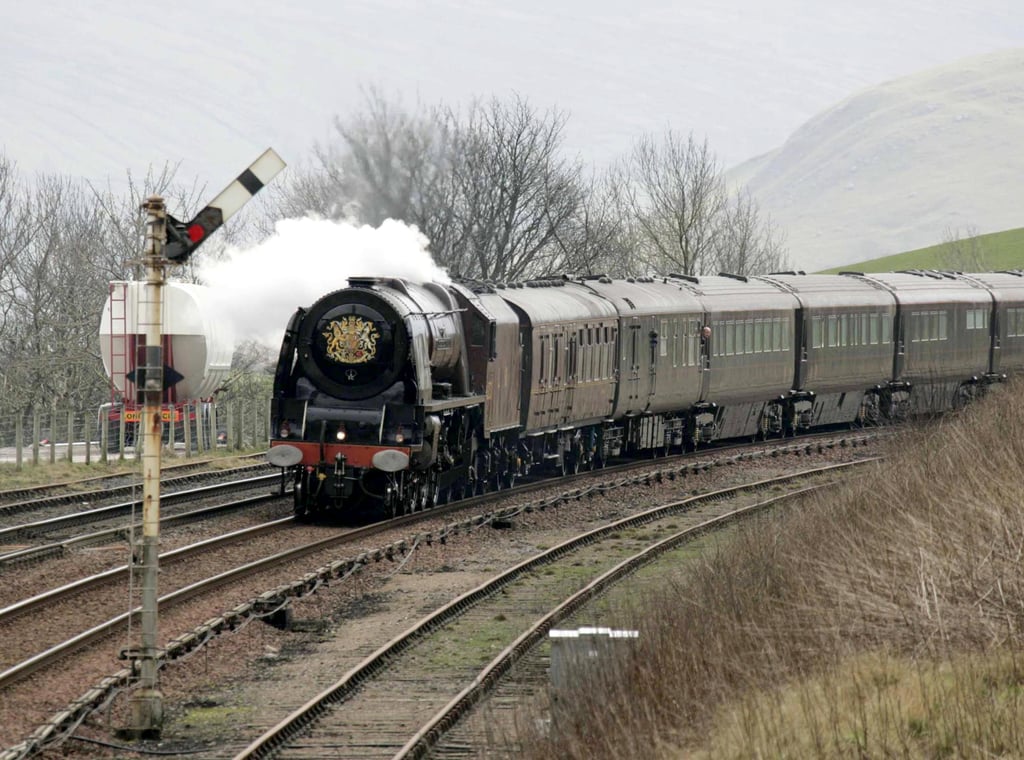 The royal train is actually broken down into an engine, and a set of nine separate carriages – or saloons – that can be used in various configurations. The engine is not for sole royal use, and when it's not being utilized by the queen and her family, it is part of other private charters.

The saloons however are only used by the Royal Family. The queen, Prince Philip, Prince Charles, and Camilla Duchess of Cornwall each have a saloon, and the other saloons are made up of kitchen, dining room, and staff quarters.

The engine and all saloons are painted in claret, and there is no one driver but a roster of around 150 of the most experienced and skilled drivers in the country who could take the controls.

The train runs on biofuel, and when not in use is stored in a Victorian railway depot in Buckinghamshire.