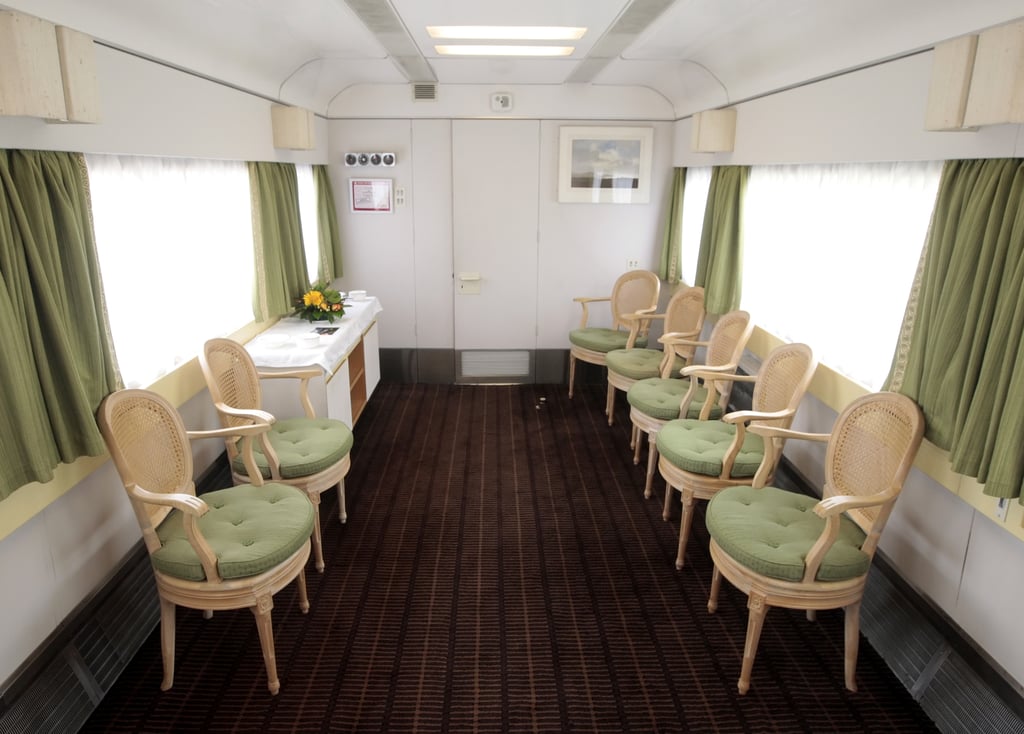 Prince Philip's saloon contains his own separate bedroom with 3ft wide bed (there are no double beds on the royal train), and an en suite bathroom, although he has a shower rather than a bath in his. The sitting room is filled with chairs and a table where he can hold meetings, as well as a desk. His saloon also contains an electric kitchen, as he likes to travel as simply as possible. That way, when he's not traveling with the queen, he doesn't need to take the kitchen saloon - everything is contained in just his one carriage.

A small section of Isambard Kingdom Brunel's original railway line was once presented to Philip, and is framed in his saloon, along with a blown-up version of his Senior Railcard which was given to him when he became eligible in 1987.