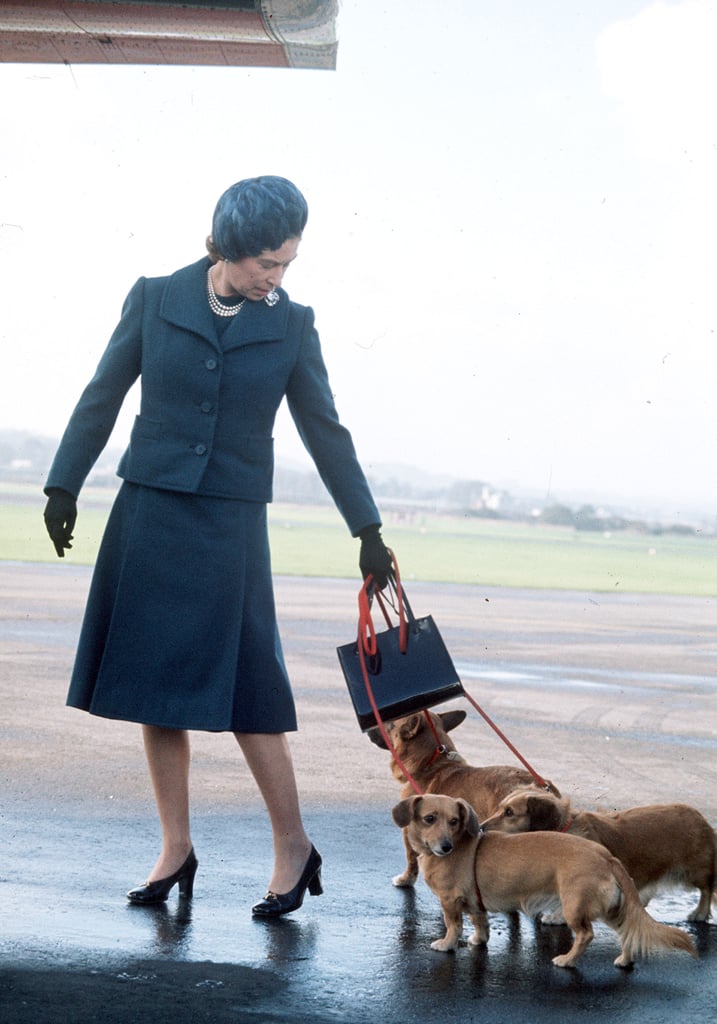 The queen has kept corgis ever since she was given one of the dogs for her 18th birthday, and a constantly evolving pack has swarmed round her ankles and curled up next to her ever since. Her majesty currently owns two Corgis, Willow and Whisper, and two Dorgis called Candy and Vulcan. (A Dorgi is a Dachshund/Corgi mix, which first came to being when one of Princess Margaret's dogs mated with one of the queen's.)

While the queen is famously frugal — enjoying simple food on a day-to-day basis and keeping her cereal in Tupperware — her dogs are given the red carpet treatment 24/7. Her four furry friends sleep in their own bedroom in wicker baskets that are raised off the ground to avoid any droughts, and during the day, they roam freely around the queen's quarters. They are fed steak, rabbit, and chicken that is prepared in the royal kitchens. Former royal chef Darren McGrady has recalled, "When I worked at the palace, we actually had a royal menu for the dogs. It would be chosen and sent to us in the kitchen every month. . . . The beef would come in, we would cook it, dice it into really fine pieces, and then we did same with the chicken. We'd poach them, and again chop them really, really small to make sure there were no bones so the dogs wouldn't choke."

The dogs eat from battered silverware and porcelain bowls and are fed by the queen herself, who lays down the food in order of the seniority of the dog. Their food is supplemented with herbal and homeopathic remedies to keep them in peak condition.

The final resting place of the queen's beloved pets is at her Norfolk residence, Sandringham, where she has a doggie cemetery.