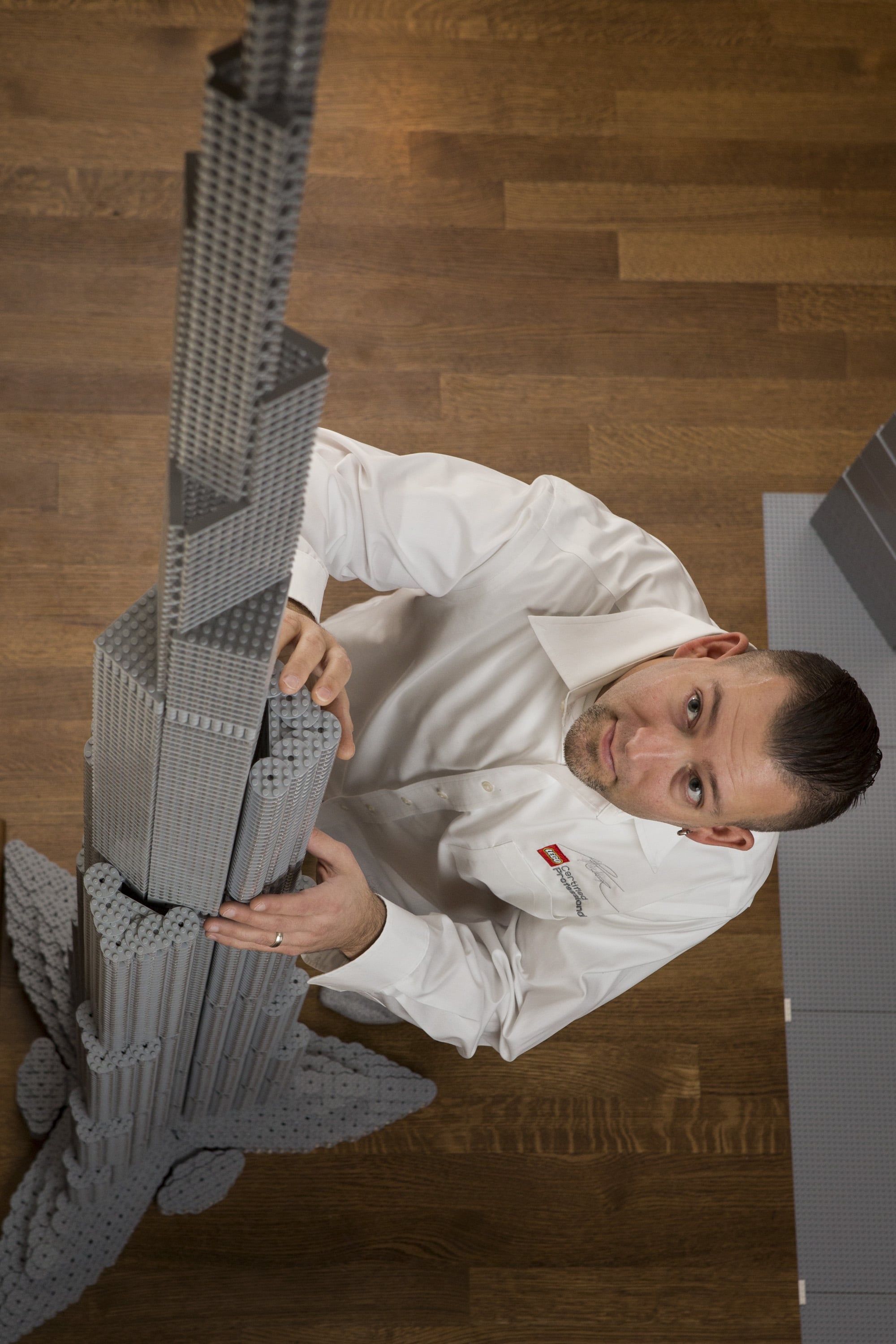 If you cannot wait until the Legoland theme parks open this year in Dubai, then here's something to whet your appetite if you're planning on traveling to the United States this summer.

The Chicago Museum of Science and Industry is displaying an incredible Burj Khalifa structure until February 2017, as part of it's Brick by Brick exhibition.

Adam Reed Tucker's masterpiece is a 12-foot item that represents the planet's highest building, soon to be surpassed by one in Saudi Arabia, an under-construction building named the Kingdom Tower by the same architect as the Burj.

It's his 5th version of the building as he has one in Iowa that's 17 feet tall and he's done two for the Princes of the Emirates.

Adam also keeps a smaller version in his studio and affectionately nicknames the new addition in Chicago, "his big brother".

He uses a different technique for all of his Burj structures but admits that as he only uses four different elements and two colors in this one which took hundreds of hours of trial and error, the technique is very minimalist.

The exhibition sees 13 structures on display, including San Francisco's Golden Gate Bridge and the Great Pyramid of Giza. All the buildings used a grand total of 6 million bricks from Adam, who is one of the 14 Lego master builders on the planet.

Anyone that thinks they can take on building a similar masterpiece can purchase one of two Lego Architecture kits, one that came out a couple of years ago and a recently revitalized version featuring new parts.

Alternatively, wait to see what Dubai Parks and Resorts comes up with when it previews this summer and officially opens in October.