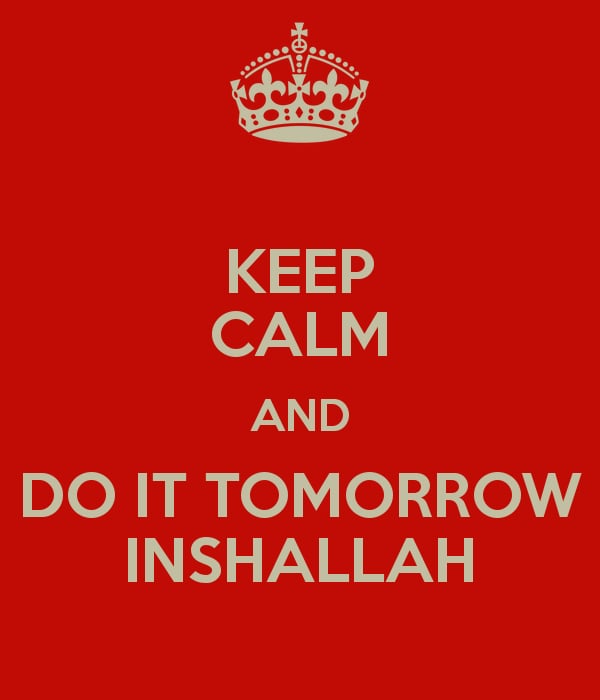 With so many expats and tourists in the GCC, English is commonly spoken. However, after living in the region a while, you're sure to find a few key words and phrases that you'll either hear, or find yourself saying as you navigate daily life. After living in the Middle East so long ourselves, we've put together a list of the essentials.

It means "Welcome". Chances are it's the first Arabic word you see or hear when coming to the region. Airports in the UAE and Bahrain have a series of Marhaba arrival lounge offering a place to relax and coordinating tourist activities. It's the consolation prize for not having enough status on Emirates or Etihad for a proper business lounge.

It directly translates into "Peace be upon you" and is used as a general greeting when meeting someone. It's slightly more formal than other greetings and similar to saying "Good day".

How you say "Thank You". It's the easiest to remember and you'll be saying this a lot as you travel around. People are very friendly. It will generally punctuate any interaction where someone has helped you.

How you say "no". You'll hear this any time you're haggling over a price, accompanied by a frustrated head shake. Ask for what you want again and let them know that you got that price last time.

This is how you say "How's it going?" to a good friend in Gulf Arabic. In Lebanese Arabic,it would be pronounced "Kifak?" for a man and "Kifek?" for a woman. Note that it is different depending on whether you are speaking to a man or woman. You'll probably mess that up a lot, but it'll give your friends a good laugh.

It means "My love" for men or women. Between greeting men it's generally jokingly phrased as "How's it going, habibi". If said to a woman by a man, he's either trying to make up for a mistake or has real feelings for her.

This means "Hurry up!". You'll be saying this a lot. To your taxi driver, your friends, your pets -- basically everyone.

This is what you say when you've had "enough". The sharper and louder your phrasing, the more anger and frustration it conveys. A softer, more drawn out phrasing simply acknowledges "that's all". You might say it at the end of a gossip session: "let's stop worrying about it, khalas!"

It directly translates to "All praise is due to Allah" and is like saying "Praise God" after noting a lucky break. "Traffic's looking good, it will only take me an hour to get to Abu Dhabi today, hamdullah."

While it directly translates to "What Allah wishes", it's used how most English speakers would append "Thank God" to the end of a phrase as to not "jinx" yourself. For example, "Your hair looks so good today, Maashallah!".

This means "Congratulations!". It's perfect for when some sudden good news comes up. "You've met someone? Mabrook!". "You're getting hitched? Mabrook". "You're pregnant?! Mabrook!".