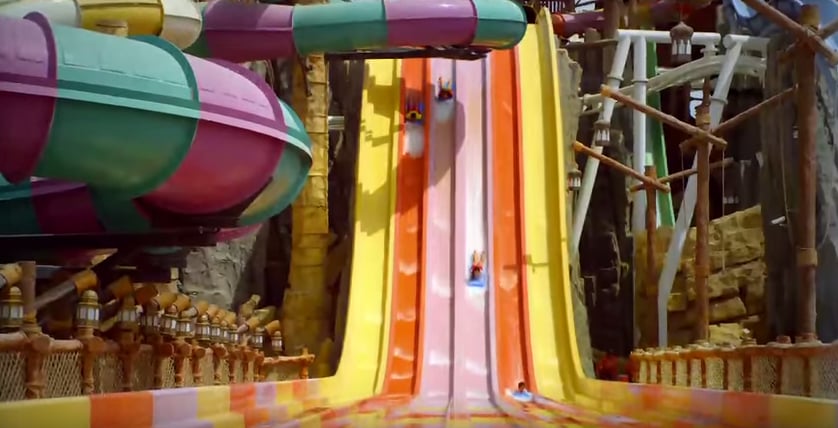 With temperatures soaring in the region, there's never been a better time to get your swimsuit on and hit the water park. So it's a good thing some of the best in the world are right here in the MENA.

In fact, three park's in TripAdvisor's top 10 list for 2016 are based in the UAE; Aquaventure, Wild Wadi and Yas Waterworld.

The 17 hectare water park includes the Tower of Poseidon and Tower of Neptune, 4.5 hectare Dolphin Bay and Sea Lion Point, 11 million liter Ambassador Lagoon, two guest pools and The Lost Chambers Aquarium. Aquaventure waterscape contains 18 million liters of fresh water used to power a huge variety of waterslides, a 2.3 kilometer river ride with tidal waves and pools, water rapids and white water chargers. Aquaventure is the only waterpark in The Middle East that offers 700 meters of white sand beach and Marine Animal Experiences including: Shark Safari, a delightful walk on the bottom of the Shark Lagoon, Cownose Ray Feeding, in the water interacting and feeding the hungry rays.

Located in Dubai and situated in front of the Burj Al Arab, Wild Wadi offers over 30 rides and attractions for all the family. The park is themed around the tale of Juha, a known character from the Arabian folklore.

Yas Waterworld is the only Emirati-themed waterpark in the world, is inspired by the UAE's rich heritage of pearl diving through its story of 'The Legend of the Lost Pearl'. The UAE's first mega waterpark is home to 45 rides, slides and attractions – five of which can be found nowhere else in the world. The waterpark plays host to Dawwama – the world's first hydro-magnetic tornado waterslide, as well as the globe's first interactive water and laser rollercoaster, Bandit Bomber.

The properties had to fight off competition from rivals in Spain, Indonesia, Florida, Brazil and the Bahamas to make the top end of the list, which comprises 25 places in total. Outside of the top 10 Egypt appeared twice with Aqua Blue Water Park Sharm El Sheikh and Makadi Water World in Hurghada.

Find out where they all placed in the full ranking below.