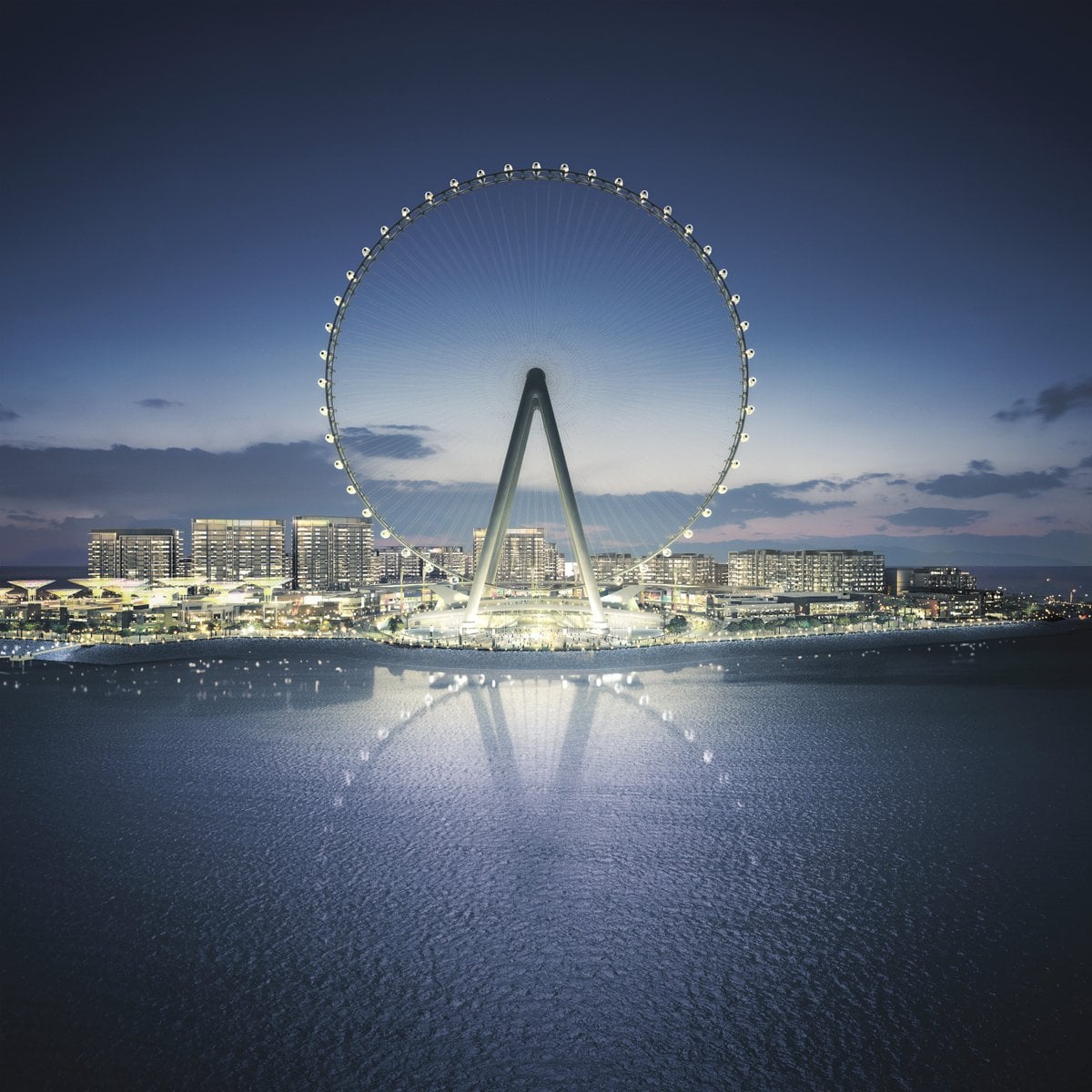 New images of the soon-to-be-complete Ain Dubai wheel were revealed last week and while the structure certainly looks awesome, it's difficult to appreciate how impressive it is without sizing it up against some other huge attractions.

When you look at it, you can't help but think of the London Eye, an observation wheel that's 135m in height, compared to Ain Dubai's 210m. With its bigger size, it will take Ain Dubai a longer time to complete one turn (48 minutes compared to the Eye's 30 minutes) and while London's version can hold 800 passengers at one time, Dubai's attraction can do a whopping 1,400.

Due to open next year, it cost £208million to make where as the London Eye was a mere £70million in comparison.

The Bluewaters island that's based on, is near the famous Palm Jumeirah and will consist of 10 residential buildings (including 698 apartments, 17 townhouses and four penthouses) retail, leisure and entertainment, plus two luxury hotels. Visitors can access it via monorail or a bridge from The Beach in JBR.