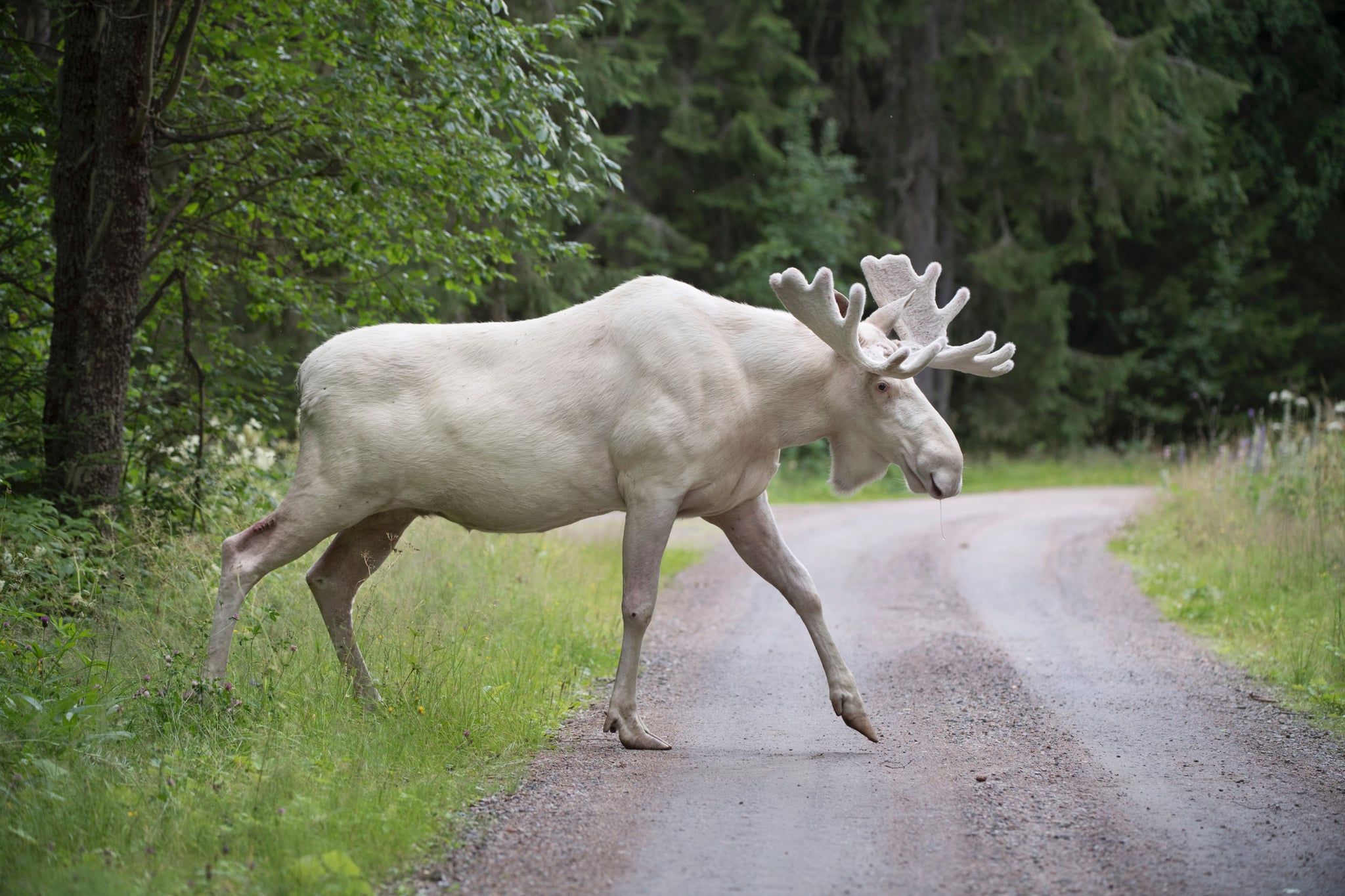 Expecto Patronum! Look, some experts may say that this video of an all-white moose in Sweden is exciting because there are so few of them (estimated as only 100 in the whole country), but Harry Potter fans know the true significance of this spotting — Patronuses are real!

For mere Muggles out there, this rare moose is still pretty magical. According to BBC, they aren't considered albino, but rather, their fur grows white due to a genetic mutation. Watch the video below, and then take this Patronus quiz to see if this guy might be yours!