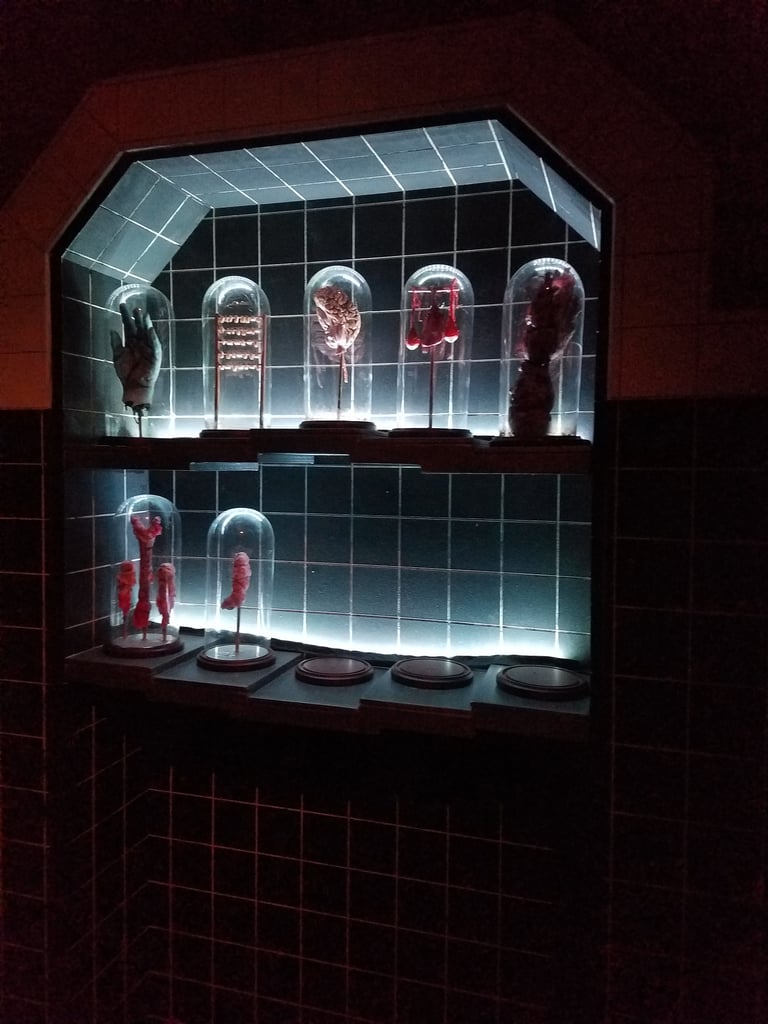 I first arrived at Universal Orlando's Halloween Horror Nights 26 thinking that maybe I would encounter a few scares here and there, but that overall I would leave the park with my sanity intact. After making my way through my eighth haunted house, or "maze," of the night at the amusement park — which includes houses with Krampus, The Walking Dead, and The Texas Chainsaw Massacre themes — I realized I was dead wrong (emphasis on dead). The American Horror Story-themed house, which show creator Ryan Murphy personally ensured was up to terrifying stuff, packs in high-quality scares from seasons one ("Murder House"), four ("Freak Show"), and five ("Hotel"). Once I'd calmly walked through it myself (read: stumbled blindly in a state of agonizing fear, screaming for my parents), I can confirm that it will leave you just as mentally scarred as the show. Take a look at the most blood-curdling moments below!