On March 26 ladies across the region will flock to Dubai to join in the festivities of the richest horse race in the world. While there's plenty of excitement surrounding the actual sporting spectacular, there are several other ways to enjoy it that don't involve cheering on equestrians.

The music sensation is actually based in the Middle East so it was only a matter of time before she carried out the gig. As part of her Unbreakable tour the 49-year-old will be performing for day ticket holders in the Apron Views section of the DWC at 10pm. Ticket prices start at Dhs450. What a wonderful way to end the annual festivities. Prior to that Janet will be touring Europe and after her Dubai stint she heads to the States from May to August where they can expect hits like All For You and It Doesn't Matter.

2. The fireworks display will blow you away

To wrap the shenanigans up prepare for something truly spectacular. It's like New Year's Eve all over again.

3. The fashion is out of this world

I'm so happy I'm part of Hayley's Marsden project. She's an amazing hat designer, and I'm proud she's been using me as an inspiration. So, after one day shooting , only for my eyes, she created an incredible hat, and it was presented at the Dubai World Cup Races!!!! You can admire it in Gulf News as well. Well done, lovely! I hope we will have many other projects , together , in the future. You can see the hat in the article below. Let's see, do you recognize it/me? I'll come back with more pictures soon. #designer#hat#inspiration#dubai #dubaiworldcup2015#amazing#artistic#races#myeyesonyou #myeyes#incredible#welldone#proud#beautiful#original#makeup #makeupartist #makeupbysonia18

Any day at the races is an opportunity for a woman to show off her finest fashion. Now's the time to start thinking about accessories and anyone who hasn't secured THE dress had better get a move on before the top choices are gone. The style stakes will be high at Meydan in 2016 so every detail down to the bags, shoes and hat are worth thinking about in detail because it will be Instagram opportunity galore.

4. There are prizes to be won just for looking fabulous 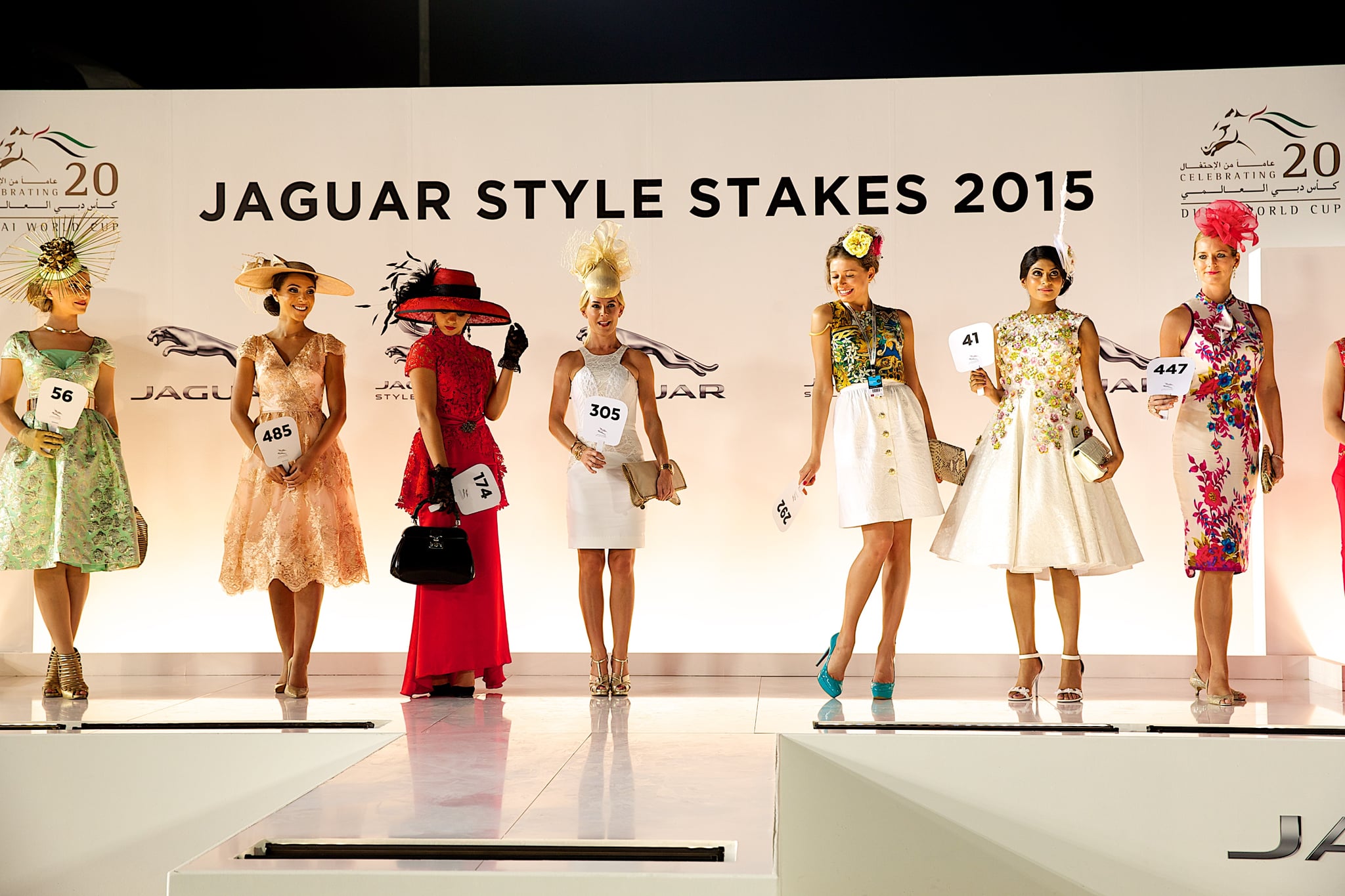 Aside from being a star on your own Facebook feed, the situation gets really real when it comes to the Jaguar Style Stakes. Prizes are being given out for the Best Dressed Lady, Best Dressed Couple, Best Hat, Most Creative Hat and Most Elegant Lady. Ladies deadly serious about collecting accolades might want to think about styling their other half for the Best Dressed Man gong too.

5. It's the ideal time to mingle with the stars

Celebrities from around the globe jet over to Dubai just for the occasion so anyone who's into star-spotting should keep their eyes peeled.

6. Do breakfast with sporting greats

The Thursday before the big day guests are invited to purchase tickets for a lavish breakfast with the jockeys, owners and trainers. It's a good opportunity to rub shoulders with those who are working with the next winner.

Even Kids can have a great time at the races, with a special play area for the little ones aged 2-8 years old.The Kids Zone has Arts & Crafts stations, games and entertainment for children so parents won't feel guilty about having a little fun of their own.

One of Dubai's best nightclubs will be hosting the super exclusive White Dubai Bubble Lounge. Table cost a whopping AED10,000-100,000 but guests will be sipping on bubbly all day and long as well as have premium views of the Janet Jackson gig at 10pm. Those in the area will also get insane views of the 2015 Guinness World Record Largest Pyrotechnic Image when the post-race fireworks go off.