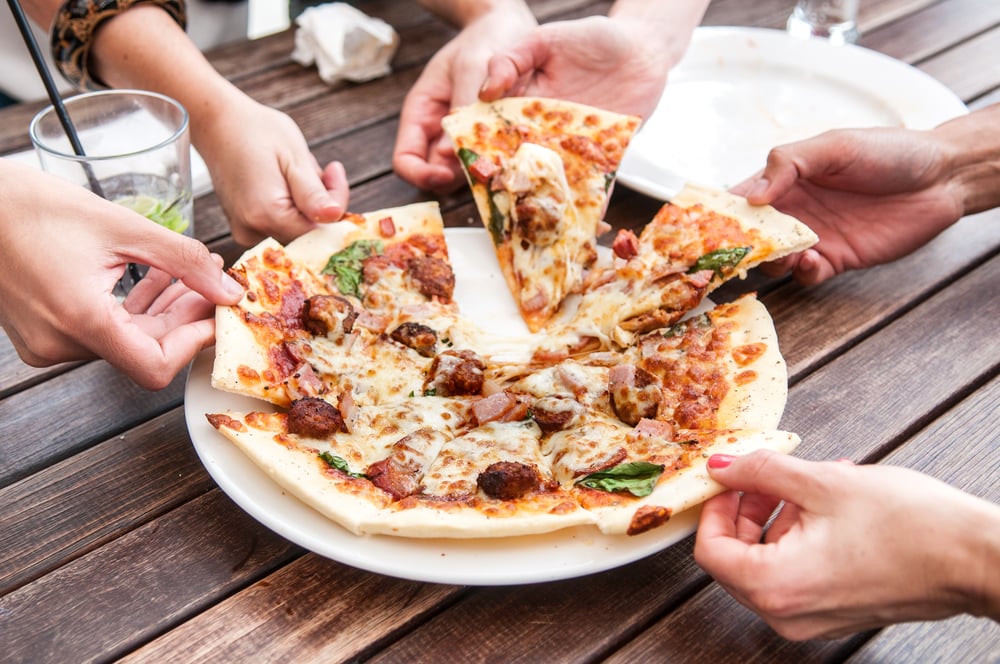 Everyone is guilty of dropping a potato chip or a piece of candy on the floor and shamelessly picking it up and eating it-- especially if it only sits on the ground for a few seconds.

Turns out, the five-second rule isn't exactly a scientific approach to avoiding germs.

According to a new study published in the journal Applied and Environmental Microbiology, germs and bacteria can transfer to food in as little as one second. Researchers left "watermelon, bread, bread with butter and gummy candy" on surfaces such as carpet, tile, and stainless steel. All the surfaces were contaminated with the "Enterobacter aerogenes," a food-borne bacteria "with attachment characteristics similar to Salmonella." The food was left on the surfaces for one, five, ten, and 300 seconds.

The bad news? Some of the bacteria transferred to the food that was left for just one second. Obviously, the longer food sat on the surface, the more likely it became that bacteria would transfer, but the fact that even some potentially harmful bacteria could be on that slice of toast you dropped on the kitchen floor is slightly unsettling.

Further, "other factors including the nature of the food and the surface area are of equal or greater importance." For example, "carpet has very low transfer rates, compared with tile and stainless steel, whereas transfer from wood was more variable."