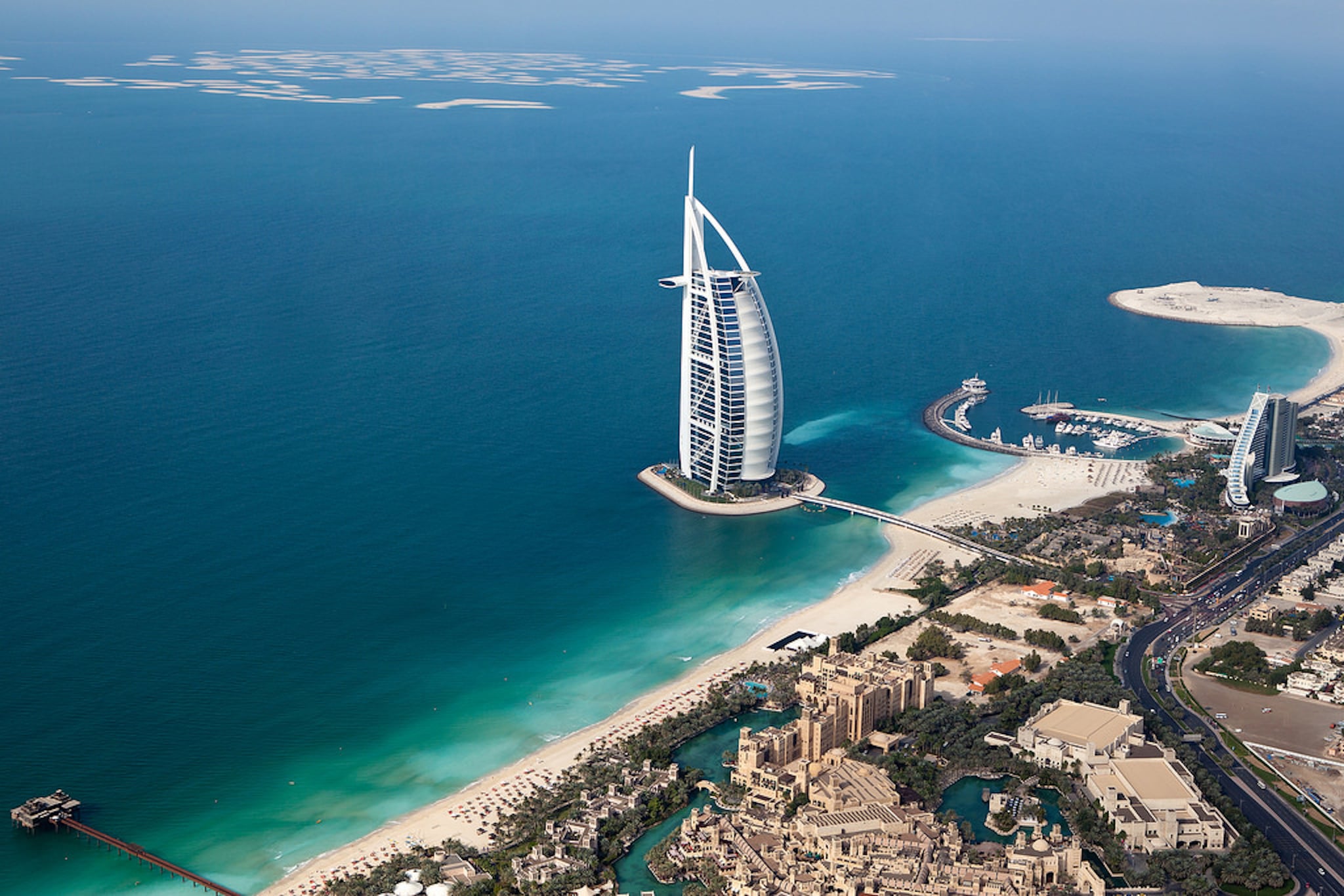 Sangeetha Bhaskaran, a former Dubai expat who lived in the city for 30 years, recently moved out of the country. Having trouble reconciling her feelings about leaving the place she called home for three decades, she wrote a blog post about the move, and it's easy to see why it's gone viral.

Anyone who's ever lived away from home will relate to Sangeetha's heart-wrenching story, but it'll particularly hit home with those who have spent time in the UAE.

Read the whole post, Goodbye, Dubai, below, and visit her blog here.

"After almost thirty years of living in Dubai, I left. Although the possibility of packing up had been hovering as a 'someday', the actual decision felt like an anvil hitting the pit of my stomach. I spent my last month in the city driving down forgotten streets, having long conversations by the beach with overly sweetened tea and basically soaking in as much of the past as I could before having to cut the cord. And before I knew it my visa was cancelled, the tickets were booked, suitcases and cartons stuffed after hours spent weighing on what were the real 'essentials' needed ( I'm basically an emotional hoarder who can attach the tiniest memories to thoroughly useless objects) and I was off to the airport.

I am no longer officially an NRI.

Reaching this point has not been easy and even now there are several times in a day I have to stand still, make an effort to breathe and release the knot that forms in my head. Is this the most ridiculous thing we're doing? Is my attempt to live out the "But what if I fly?" mantra going to land me in some god-forsaken crevice filled with darkness and crocodiles? Shit, shit, shit- where do I begin this whole attempt to re-boot my existence?

The most painful part of this juncture has been saying good-bye to a city and people who have made me the person I am. The UAE was the country my father came to with nothing in his pocket. He worked like a mad dog and damn well made sure his daughters would never know the true magnitude of his struggles. He was part of the first generation of expatriates that partook in the stupendous transformation of a city from absolute aridity to a vista of skyscrapers that devour today's skies.

We shared our home with other families, went for barbecues and picnics to Khorfakkan over weekends, sat in the car for hours as my father waited for his civil drawings to get plotted at the printers, went for swimming and tennis lessons at the Indian Sports Club (back when it was called that). My sister and I grew up with several comforts, the most important one being getting to spend enough time with our parents.

In 2012 my father was given the letter by his company. I was at work and he called me up, telling me to come home in the evening. He gave me the piece of paper and sat watching me read it. It felt so heavy; the weight of all his work committed to one organization dissolving in words saying he was not needed anymore but thank you very much, the impending goodbyes to a city, family, friends and most importantly – a house.

Home is where the heart is, but what if your heart is actually made up of little pieces that get deposited over time into concrete walls, lemon tree leaves, battered re-upholstered couches? How do you pack that home where the walls are layered with twenty-two years of paint coats mixed with memories of joy and pain?

It was the night they walked for the last time down the cobbled pathway of an uprooted garden that changed something within me forever. Seeing my mother wail like she had never before and my father sitting in the car outside the house stone-faced and holding back his pain, I swore that I would never make the same mistake, never stay in a place for too long without having the opportunity to be its citizen.

Now it is my turn, to get away and start over. The security that has been given to me by this city has also had a crippling effect by cocooning me into a state of disconnection from the rest of the world. Ahead of me is a clouded path without any safety nets or signs. I am bungee-jumping from an orderly, clean and safe environment to a jungle of chaos and clamor. India is a whole mess of its own that is going to entail a revolution of my insides in order to survive it, but for now it is my refuge, somewhere I don't need a visa for.

Dubai is where I grew up, where I discovered myself, the love of my life, people I have come to cherish and value. I don't think I can truly ever say good-bye to a place that houses so many of my secrets and memories. Although it is futile to long for it to go back to the city that it once was, a slower, more community-focused one, that doesn't stop me from wishing it often. Too much has changed too fast and eroded a lot of what made the city meaningful to expatriates and that breaks my heart. But as they say, that's life right?

Dear Dubai, I will miss you more than I can ever imagine. Pockets of memories are stitched all over your glittering landscape; meandering through Meena Bazar's gullies while looking for matching material and haggling with tailors before making the mandatory pit-stop at the little samosa and falafel shack where kitchen-gloves are never worn, driving down ever-bright Diyafah street and grabbing a mixed-fruit juice from Al Mallah, drinking pitchers of margaritas at Cactus Cantina and then heading to Copacabana's for a night of dancing, feeling my stomach lurch with giddiness as we descend a flyover in Sharjah, sauntering through Mall of the Emirates with hopes that retail therapy will calm my tired soul, swearing at crazy drivers who cut me off on Sheikh Zayed road, relishing the calm of the waves at the beach on a humid night with the muezzin's call breaking the silence.

I don't know where I'm heading but at this point in my life I have decided to trade stagnation for struggle. I want to write, I want to observe raw humanity in its infinite forms and capture it with words, I want to raise my daughter in an authentic setting that will prepare her more for reality, I want to travel and people-watch, I want to go a little mad and stack up achievements that I am actually proud of. All these things and much more are scribbled around in an imaginary scrap of paper in my head and it is time to get down to making it all happen. Maybe I'll get one done, or ten, or none. Who knows? For now all I can say is that I'm going to try."