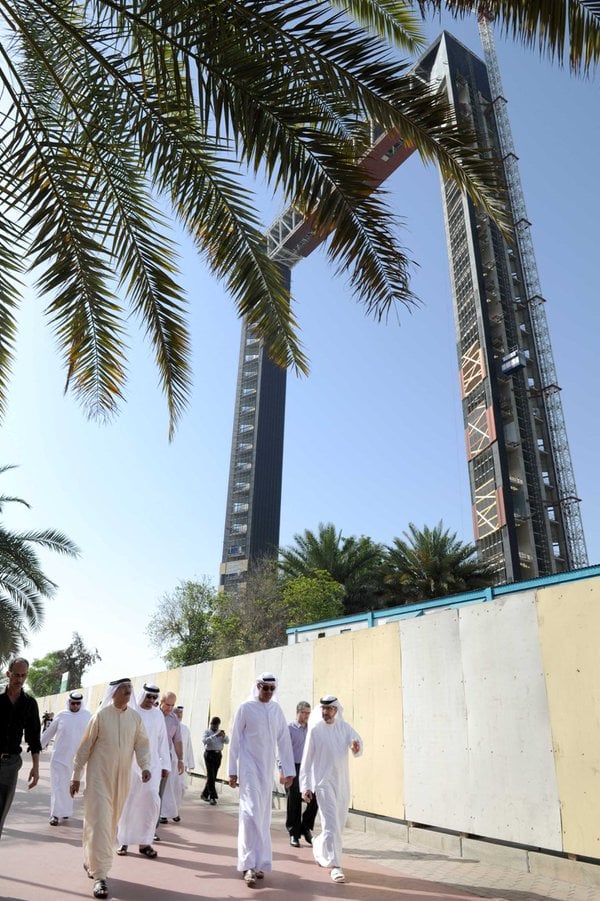 The Dubai Frame, a new Dubai structure that was initially set to open in 2015, has been delayed for a number of reasons. Hussain Nasser Lootah spoke with Arabian Business about the project, which is located in Zabeel Park, explaining the reason for the delays: We have been delayed because we have some difficulties with the claddings and so we need to change it. It's not only because of the new [the UAE Fire and Life Safety Code 2017] regulations, but we also want to give the frame a new look," he said.

A piece that appeared in the New York Times on March 8, though, reveals another reason for the Frame's 2017-opening date.

According to the Times, an international competition was held nine years ago to design the building that is now The Frame. 900 people entered, and a Mexican-born architect, Fernando Donis, won with his design. Yet, in a lawsuit filed by the architect, he "was not included in the project's execution and was not compensated for his intellectual property."

"It's shocking," Mr. Donis told the Times. "The Frame is mine, and they don't want to grant that it is mine. The infringement doesn't just victimize me. They have taken something from all architects — the protection of our ideas."

For now, the Frame is still set to open in the second half of 2017, and Mr. Donis still has no part in it. From Rotterdam, where he is now based, he told The Times, "It looks fantastic over all," he said. "But they stole it."