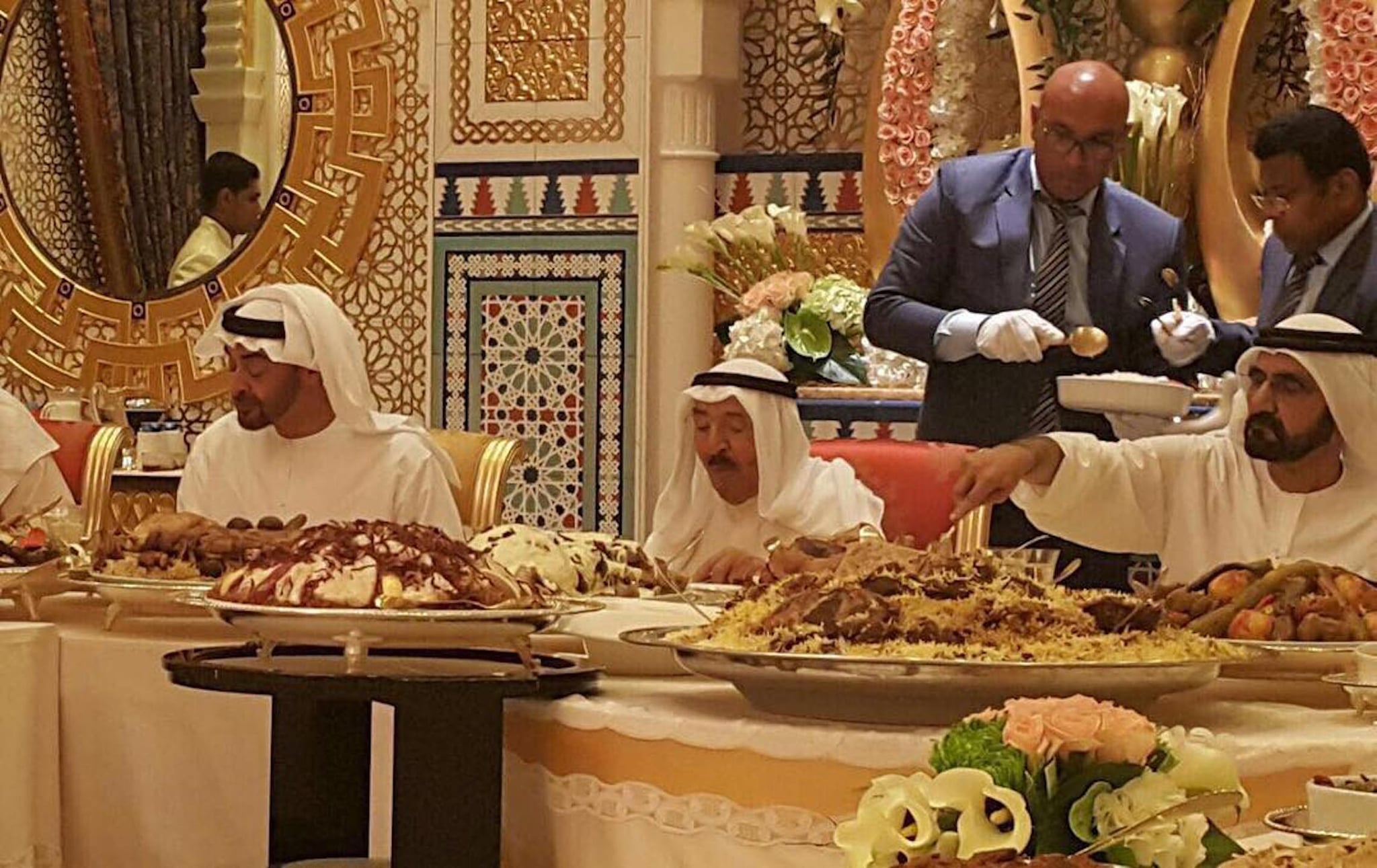 In an effort to mediate relations between the UAE and Qatar, the Emir of Kuwait arrived in Dubai this week.

According to Khaleej Times, "Sheikh Mohammed and Sheikh Mohamed bin Zayed praised the role of the State of Kuwait, under the leadership of His Highness Sheikh Sabah Al Ahmad Al Jaber Al Sabah, and their endeavours for a more stable future for the GCC and the Arab world."

Sheikh Mohammad greeted the Emir at Dubai International Airport, and even held an iftar dinner in his honor on Wednesday evening.

Kuwait and Oman remain the only two countries in the GCC who have maintained diplomatic relations with the State of Qatar.

A video of the meeting was shared on social media yesterday evening.

This is just the beginning of many such meetings, with the end being to rectify the Qatar crisis.