Last week, The Institute for Economics and Peace published its 11th annual Global Peace Index report, and despite two terrorist attacks in the UK in the past two weeks, the world is more peaceful than it was one year ago. 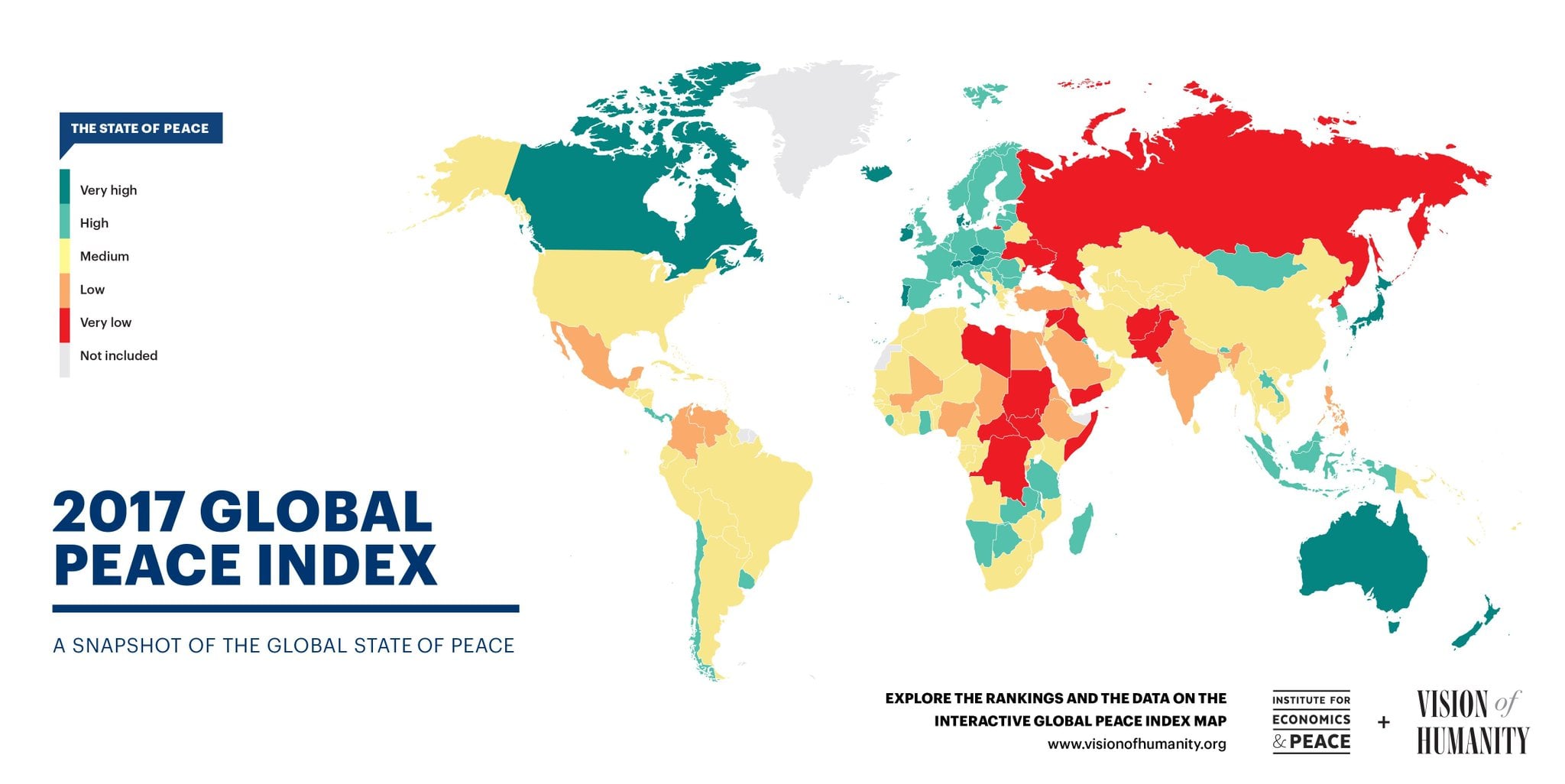 BBC explained the increase: "This was driven by a drop in state-sponsored violence, including torture and extrajudicial killings, and a decrease in the murder rate. The delayed effect of the US and UK withdrawing troops from Afghanistan also made itself felt in the research."

Even as terrorist attacks have increased in Europe, it remains the most peaceful region on earth, while the Middle East and Northern Africa (MENA) is the lease peaceful region. 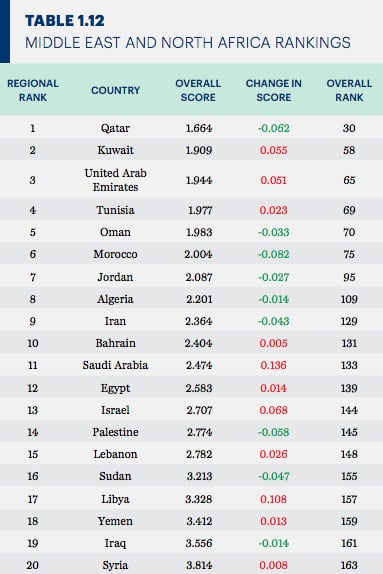 The United States had one of the greatest drops overall, falling to 114, just after Rwanda.