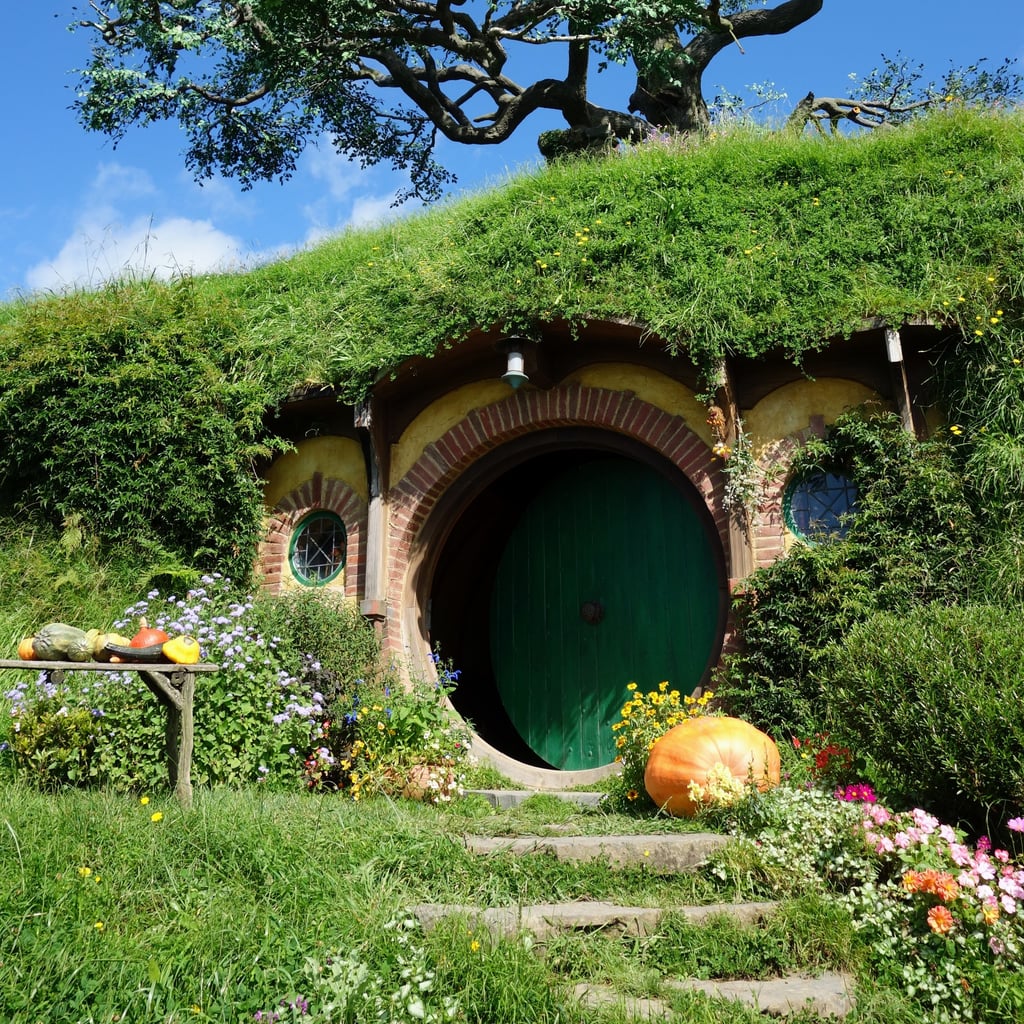 "Things are made to endure in the Shire," Bilbo Baggins says in the opening scene of the The Lord of the Rings: The Fellowship of the Ring. And it's true. The Shire is alive and well in the New Zealand countryside, more than 15 years after the first film based on J.R.R. Tolkien's classic novels debuted. Last year, I was one of the 550,000 people who visit the Shire each year. If you break it down, there are more than 3,000 visitors every day, which makes the experience a little crowded. But if you're a fan of the Hobbit and LOTR movies or simply a film buff, the chance to be on an exceptionally well-executed movie set is worth the $55 fee. You'll want to book your ticket at least a few days ahead, since the tours fill up.

When you arrive at Hobbiton, located about two hours outside Auckland, you won't immediately see the Shire. As you wait for your tour, you can grab a food or coffee from the Shire's Rest Cafe and take in the scenery. Soon, you'll board a bus with a friendly tour guide who cues up a film introduction from director Peter Jackson. After the short bus ride, you'll be taken on an hour-long tour, where you'll be ushered through the Shire with your bus group of about 30.

As you explore the Shire, you'll realize this is not Disneyland. You won't see anyone dressed up as a hobbit, at least not any employees. And there aren't many interactive experiences, though you are allowed to take photos and pose with props at one hobbit hole stop. Yet Jackson's attention to detail will leave a lasting impression. There are more than 40 hobbit holes, each reflecting the profession of the fictional resident. The front gardens and colorful doors are so charming, you almost want to move in despite the cramped space. You'll also notice that the doors to each hobbit hole come in various sizes. Depending on the scene, they would use a different hobbit hole. If the shot included a wizard, it was shot at a smaller door, while hobbits were filmed in front of larger doors so the actors appeared smaller.

The film trivia is the best part of the tour. You'll discover that the Bag End oak tree above Bilbo's house is fake, because Jackson wanted to hand paint more than 300,000 leaves for the perfect look. And during the long night of filming for Bilbo's birthday party, extras sipped on a custom nonalcoholic ale. They couldn't have a bunch of drunk hobbits on set! You can sample the ale — along with an alcoholic version — at the Shire's Green Dragon Inn, which opened in 2012. That's where the tour ends. Each group gets 20 minutes at the Green Dragon Inn before heading back to the bus.

As I sipped my complimentary ale and took in the Shire, I was glad I had rewatched the first Lord of the Rings film before my visit to Hobbiton. The tour itself inspired me to invest another six and a half hours into finishing the trilogy once we were home. And that's how I know it was worth it. Read on for more photos straight from Middle Earth.