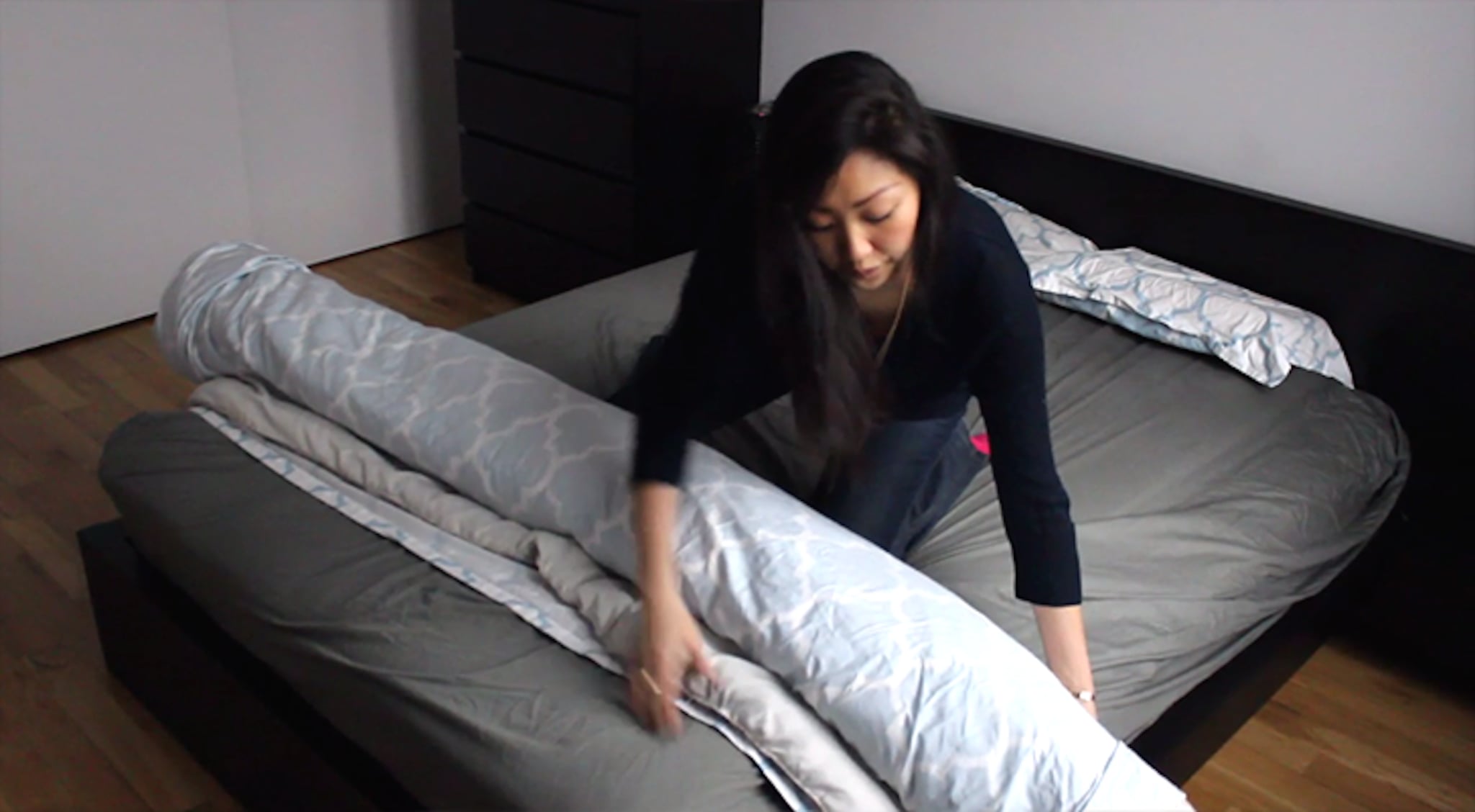 Have you ever tried to change a duvet cover yourself? It's pretty much one of the most frustrating tasks you could take on. That's why we were beyond excited to see Inhabitat editor Yuka Yoneda demonstrate this brilliant life hack that she calls the burrito method.

It will literally take you about three minutes to perfectly cover your comforter. We broke down some of the steps, but make sure to watch Yoneda's mesmerizing video below to see exactly how she does it.

1. Turn your duvet cover inside out.

Then lay it out flat across your bed (like you would if it had a comforter in it) and make sure the open part is at the foot of the bed.

2. Lay your comforter over the duvet cover.

Make sure they are laying on top of each other perfectly matched up.

3. Roll the comforter and duvet cover together like a burrito, starting at the head of the bed.

Now take the opening of the duvet cover and fold it over one side of the burrito, then the other. Do the same to the middle as well.

4. Unroll the burrito back to the top of the bed.

Your comforter will be perfectly distributed through out the inside of the duvet cover, we promise!