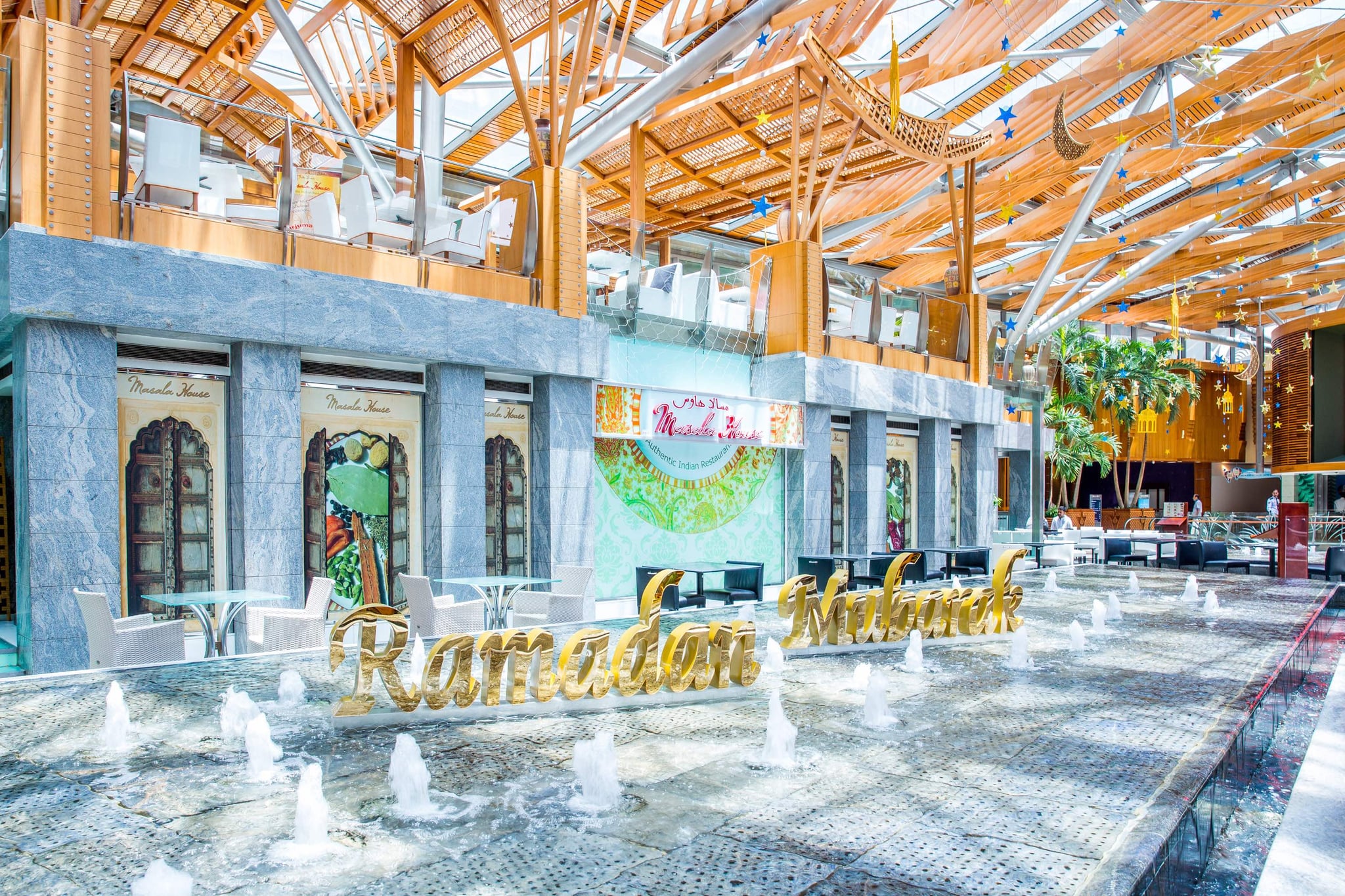 Islamic holidays are acknowledged in many different ways throughout the Middle East and across the world. While the likes of Ramadan, Eid and Islamic New Year are widely celebrated, others are celebrated dependent on the country.

Here's a quick guide to what's what on the Islamic calendar:

Although there are no prescribed religious ordinances on this day, it's viewed as a time to reflect on Hijra, the historic journey Prophet Mohammad – the founder of Islam –made from Mecca to Medina in the year 622.

Mawlid is the celebration of Prophet Mohammed's birthday, and falls on the 12th day of the third month on the Islamic calendar, also known as Rabi' al-Awwal.

While this day doesn't have any religious practices associated with it, it is characterized by several songs and accolades for the Prophet. A famous 13th-Century poem called "Qasida Burda" is often read in praise. Traditions vary by country.

However, as Mawlid al-Nabi is often associated with the Sufi strains of Islam, some countries, like Saudi Arabia, refuse to celebrate the festival.

3. Ashura (Day Of Voluntary Fast And Remembrance Of Hussein)

Ashura falls on the tenth day of Muharram. The word Ashura means "10," denoting the date of the holiday. Shortly after the Hijra in AD622, Muhammad designated Ashura as a day of fasting from sunset to sunset, later changing it to a voluntary fast. Traditionally, Ashura commemorates two events: the day Noah left the ark, and the day Moses was saved from the Egyptians by Allah.

It is important to note that the festival is a major day of significance specifically for Shia Muslims. It is viewed as a solemn day of mourning for the day Hussein, Prophet Mohammed's grandson, reached martyrdom. He stood up to a tyrant from the Ummayad dynasty, Yazid, in a battle that cost him his life: the Battle of Karbala in 680.

For this reason, common rituals for Shia Muslims on Ashura involve black clothing, solemn chants and passion plays re-enacting the martyrdom. Many also make a pilgrimage to the Mashjad al-Husayn, the shrine in Karbala that is regarded as Hussein's tomb.

4. The Beginning Of Ramadan (The Holy Month)

Ramadan is The Holy Month, and the ninth month of the Islamic calendar. It is one of the five pillars of Islam, and is devoted to intense prayer, dawn-to-dusk fasting and nightly feasts.

Ramadan is believed to be the month when Allah gave the Quran to Prophet Mohammed. Fasting during this month is intended to bring Muslims around the world closer to Allah and detach themselves from worldly pleasures. It is a time to focus on one's inner self. One cannot drink or eat anything from dawn to dusk, after which the fast is broken by a feast called iftar.

The month of Ramadan ends with a huge celebration known as Eid al-Fitr.

Laylat Al-Qadr is often considered the holiest night of the year. It is considered to fall on one of the last ten odd-numbered dates of Ramadan (19th, 21st, 23rd, 25th, or 27th), but is most likely believed to be on the 27th day.

This night commemorates the first time Allah revealed the Quran to Prophet Mohammed, and is observed by Muslims through study, devotional readings, and prayer. It is believed the night's holiness might help prayers be answered.

The last ten days of Ramadan are considered a particularly spiritual time, as any of the days may be Laylat Al-Qadr. So, some Muslims even participate in a spiritual retreat called itikaf. This means they spend all ten days in the mosque, reading the Quran and praying.

6. Eid al-Fitr (The Festival Of Breaking The Fast)

One of the most significant holidays in the Islamic calendar, Eid al-Fitr is the celebration signifying the end of Ramadan, the Holy Month of fasting and religious devotion.

It falls on the first day of Shawwal, the tenth month of the Islamic calendar. On this day, Muslims around the world perform the special Eid prayer known as Salaat al-Eid and break their fast with their first daytime breakfast in a month.

They celebrate all day with friends, family, and loved ones, often buying new clothes for the occasion. In addition, a spirit of generosity is encouraged, with several Muslims donating charitable contributions known as Zakat al-Fitr.

The second major holiday in the Islamic calendar is known as Eid al-Adha, or the "sacrifice feast." It falls on the tenth day of Dhu al-Hijjah, the final month of the Islamic calendar, and lasts until the thirteenth day. It commemorates the day Allah appeared to Ibrahim in a dream and asked him to sacrifice his son as an act of obedience.

As Ibrahim was getting ready to sacrifice his son, Allah stopped him and gave him a sheep to sacrifice in his son's place. This holiday is therefore a celebration of Ibrahim's devotion to the lord, and involves sacrificing an animal – like a sheep, goat or cow – in order to share its meat with the poor. Traditionally, the meat from the sacrificed animal will be divided into three shares: to family; to close friends, relatives and neighbors; and to the less fortunate.

In addition to this, many Muslims will visit one another's homes and share gifts with friends and loved ones. A charitable contribution is also usually involved.

Hajj is one of the five pillars of Islam, and therefore extremely important. It is the pilgrimage to Mecca, the most holy city, and one every adult Muslim must take in his or her lifetime if he or she is physically and financially able to do so.

Hajj falls between the eighth and 12th day of the last month of the Islamic calendar, also called Dhu al-Hijjah. This pilgrimage is particularly significant because it shows all Muslims are equal in the eyes of Allah, and fosters a spirit of brotherhood.

It strips away all the social markers of wealth and status, and all Hajj pilgrims (known as "mustati") wear the same white clothes called Ihram. They perform a series of rituals that ends with the three-day sacrifice feast, Eid al-Adha.

The second day of Hajj or Arafah falls on the ninth day of Dhu al-Hijjah, and is considered the holiest day in the Islamic calendar. On this day, those partaking in the Hajj pilgrimage make their way from Mina to a nearby hillside known as Mount Arafat, and the plain of Arafah. It is believed that Allah gave his most famous sermon at this site, in his last year of life.

Muslims therefore believe that Islam was perfected on this day. Those taking part in Hajj recite the verse revealed on the Day of Arafah several times throughout the day. Those not on Hajj are encouraged to fast.

Isra and Mi'raj is celebrated on the 27th day of Rajab, the seventh month of the Islamic calendar. It symbolizes the night Prophet Mohammed was taken by Allah on a journey from Mecca to Jerusalem, and then to heaven. Isra is the part of the journey to Jerusalem, while Mi'raj refers to the second leg. Mi'raj therefore also means "ladder."

The entire journey was completed in one night, and is meant to be both spiritual and physical in nature. When Prophet Mohammed ascended to heaven, he was instructed about the duty of Muslims to pray five times a day (Salat).

It is remembered with special prayers and lit candles, in both mosques and at home.