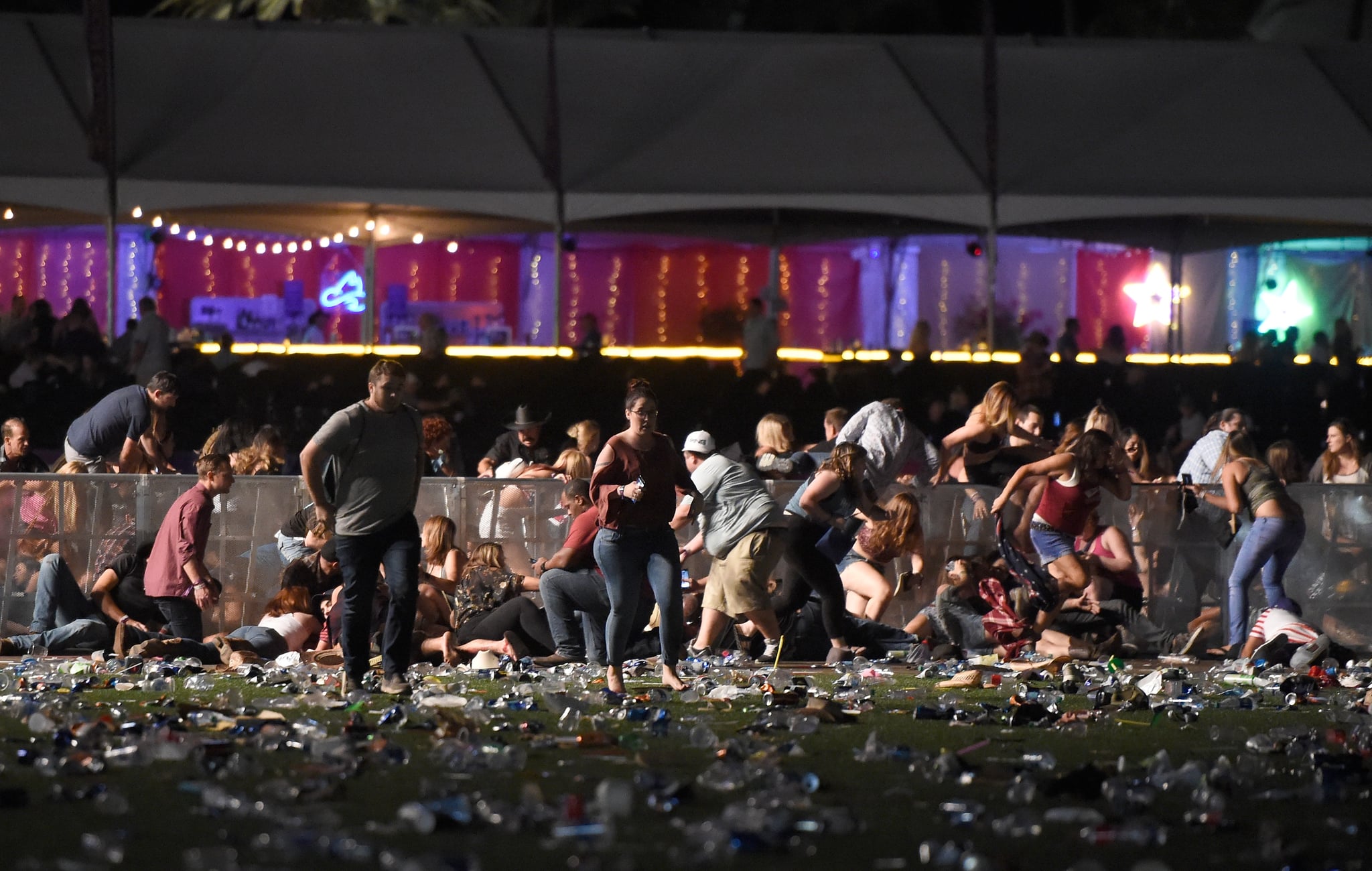 Kari Hill, an LA hairstylist and mother of a teen daughter, took Saturday, Sept. 30, off work to head to the Route 91 Harvest Festival with friends for the second year in a row. The following night, she would witness the deadliest mass shooting in US history from a Mandalay Bay balcony just above the concert field, in what she described to me as an "out of body" experience.

I was scrolling Instagram Monday morning when this post from Hill, who is my hairstylist and friend, stopped me in my tracks:

I reached Hill on her cell phone around 12:45 p.m. PT on Monday. She had just landed at LAX after flying standby to get home and broke down in tears as she recalled witnessing the events of the night before.

Hill told me she joined a big group of friends at the Jason Aldean concert on Sunday evening, but as Aldean started playing around 9:30 p.m., she and a friend headed up to their hotel room at Mandalay Bay to take off some eye makeup that had been irritating their eyes.

Hill said while her friend was finishing up at the sink, she glanced out the window of their room, which faced the stage. She remembered thinking: "It's really pitch black out there. That's weird." Hill was hungry and suggested they grab a quick bite upstairs at the hotel's Foundation Room, on the 63rd floor of the hotel, before they headed back down to the concert to meet up with their friends.

"I ordered a salad and I said, 'I'm going to go out on the balcony. I want to see Jason Aldean sing.' It was weirding me out that I couldn't hear him," Hill told me. "I go outside, I look down, and there is a f*cking machine gun going off."

Hill says she instantly knew what she was hearing. "I never thought it was fireworks. I instantly thought it was a shooter. It sounded like 'tut-tut-tut-tut-tut.' I'm looking out and there are people on the ground — falling on the ground. There was a pause because he was reloading . . . people would fall down, get up, and fall again. A couple of bullets ricocheted up to where we were on the balcony — it was just the workers and I. We all got on the ground." Hill says she walked "like a crab" on the floor to get back inside the hotel.

According to the Las Vegas Metropolitan Police Department, 64-year-old Stephen Craig Paddock of Mesquite, NV, opened fire just after 10 p.m. from his hotel room on the 32nd floor.

"We got in and I said, 'There was a shooting! There was a shooting!'" Once back inside the restaurant, Hill called her loved ones. "I was hysterical, I was calling my sister, I was calling my daughter. I was telling my sister to please take care of my daughter. I thought I was going to die," she remembered. "The fact that I saw so many people running and falling and running and falling."

Hill says the sounds she remembers alongside the gunfire weren't screams — they were sobs. "I didn't hear as many people screaming as I heard crying," she said. She says she thinks it was about 10 minutes later that a SWAT team burst into the restaurant. "I thought I would be screaming, for that matter, but when I laid down and the SWAT team came in, I was crying. You see this stuff in movies; it doesn't happen in real life."

Hill says she guesses there were about 80-100 customers and staffers in the Foundation Room during the shooting. The SWAT team held them there overnight. "They were awesome," she said. "They gave us water, coffee, and bread." Hill says officers started letting them leave this morning around 10:30 a.m. in small groups of about 15 people and escorted her to her room to get her things. She said she headed straight to the Las Vegas airport to catch a flight home.

The shooting has claimed 58 lives and injured more than 500 people.

Hill says she's glad to be back home. None of her friends who remained downstairs at the concert were personally injured by the shooter, but she remains shaken by what she witnessed.

"I couldn't believe my eyes or ears," Hill said. "I'll never forget it. If it hadn't been for that eyeliner, I would have been down there."