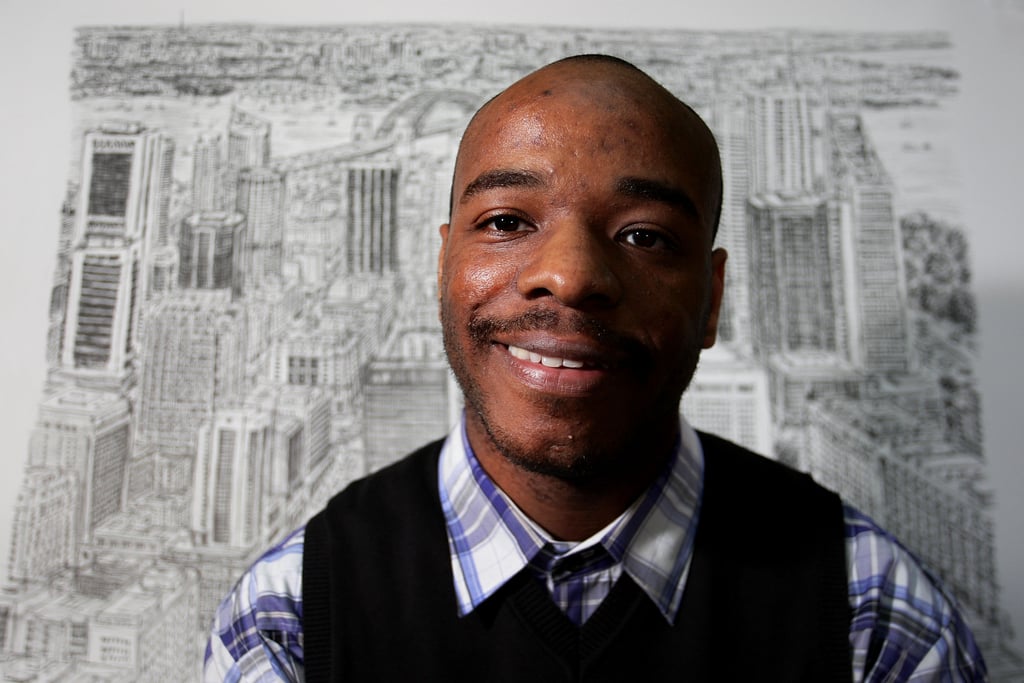 The man behind the drawings.

Before Stephen Wiltshire was able to speak, he was drawing startlingly accurate depictions of what he observed in his world. Born in London, Stephen was diagnosed with autism at age three, but at the same time his career as a revered artist was just beginning. Stephen has earned the nickname of "the human camera" because he can recreate entire cityscapes on massive canvases after studying them for a brief period of time. Through the encouragement of family and teachers, Stephen's abilities were fostered and ultimately recognized as genius.

Stephen's talents are truly astonishing. At age eight, he was commissioned to draw the Salisbury Cathedral by the British Prime Minister. In his first teenage year, Stephen released a book of his drawings and he quickly amassed an international following.

A friend of mine recently showed me Stephen's intricate process of drawing Rome and I was immediately transfixed. Stephen has drawn dozens of major cities from the sky after memorizing every detail . . . down to how many windows are on the facade of any given building. Though he occasionally makes sketches of specific building while flying, his incredible ability to replicate the entire city without reference to photographs is not diminished. His panorama's accuracy is confirmed repeatedly in every video. Watching Stephen work is a magical experience and a reminder that the brain is capable of wonder.