Aww snap. My first in-orbit view of #Jupiter. Getting up close and personal again on Aug 27. https://t.co/Xw4VHVO6rJ pic.twitter.com/b2FuTpriKf

After travelling through space for the last five years, NASA's spacecraft finally reached Jupiter on July 4. The mission's goal, led by the spacecraft JunoCam, is to explore Jupiter and its four moons: Io, Europa, Ganymede, and Callisto. When Earth and Jupiter are at their closest point, we are still 365 million miles apart — which explains the lengthy travel time.

On July 12, JunoCam transmitted its first batch of images after entering Jupiter's orbit. Taken from about 2.7 million miles away, the photos show Jupiter's famous Great Red Spot and three of its moons. JunoCam's mission will continue to capture closer images of the planet, but these images indicate it's capable of moving through the planet's harsh radiation. The principal investigator of JunoCam's images, Scott Bolton, said "this scene from JunoCam indicates it survived its first pass through Jupiter's extreme radiation environment without any degradation and is ready to take on Jupiter."

The next images of Jupiter are expected sometime after Aug. 27, when JunoCam makes its ascent towards the planet. If it is able to reach Jupiter, those images will be the closest taken of the planet since space exploration began. 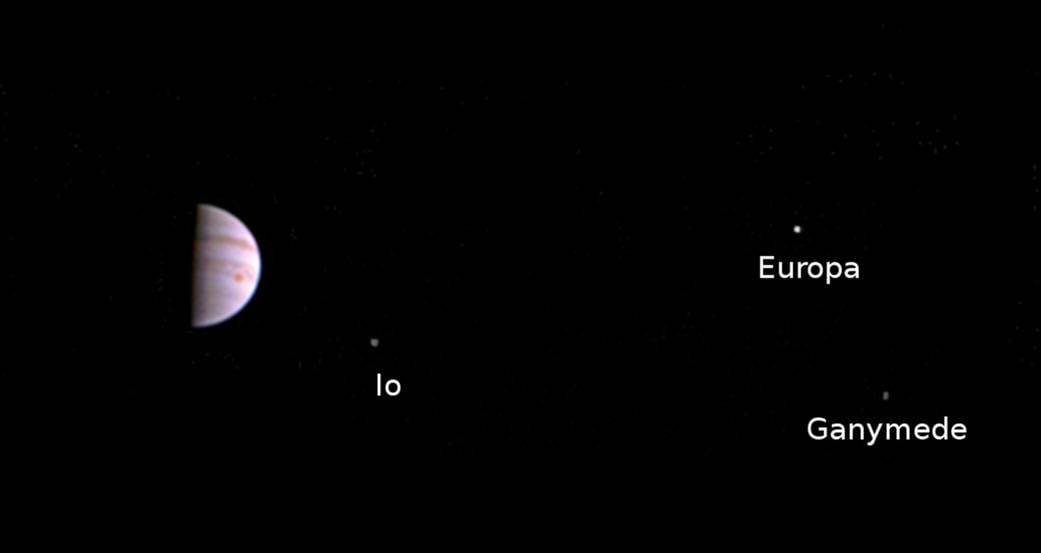