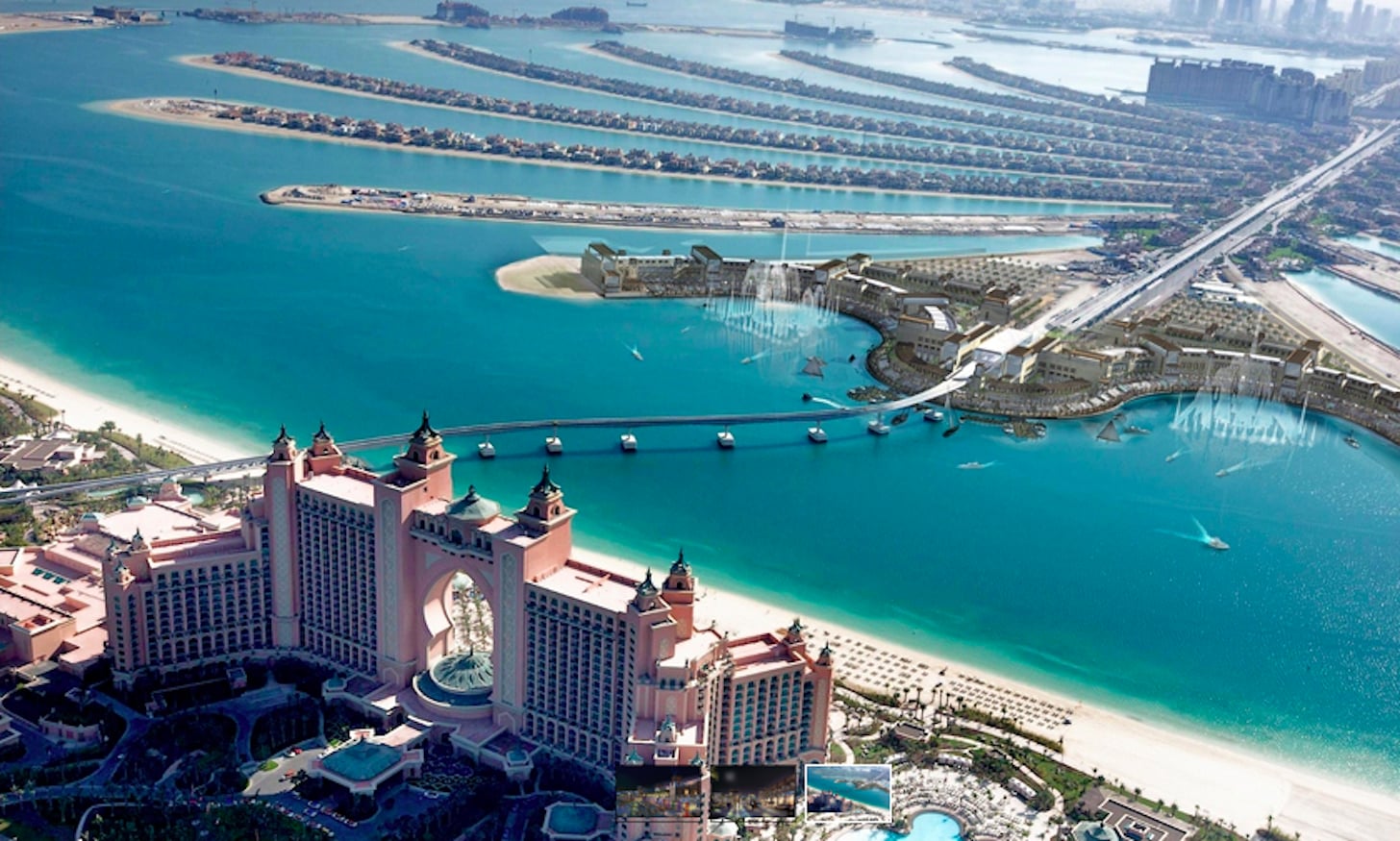 When Saudi Arabia made plans to build the new tallest building in the world, Dubai went one further with The Tower. And while the new structure and current world record holder, the Burj Khalifa, will certainly be stand-outs in the skyline, now the emirate is adding a second water feature that will get the world talking.

With the Dubai Fountain outside The Dubai Mall already showing up Las Vegas' Bellagio – and the upcoming Ain Dubai outdoing the same city's High Roller wheel too – another dancing fountain will draw in tourists and residents.

This one will be based near the Palm Jumeirah waterfront, just across the bay from the iconic Atlantis the Palm. It's part of the new AED800million destination, The Pointe, and will take up a whopping AED66million from the budget.

The choreographed water feature is being developed by Beijing Water Design and will take up 12,000 sq ft at the end of the island. It will include a 1.5km promenade (a great backdrop for taking photos) and will eventually be accessible by boat to avoid a long drive from point a to b on the palm-shaped island.

Much of The Pointe (70 percent) will be taken up by 70 restaurants, plus shops and other attractions. This includes a cinema, children's play area, supermarket, gyms and beauty salons.