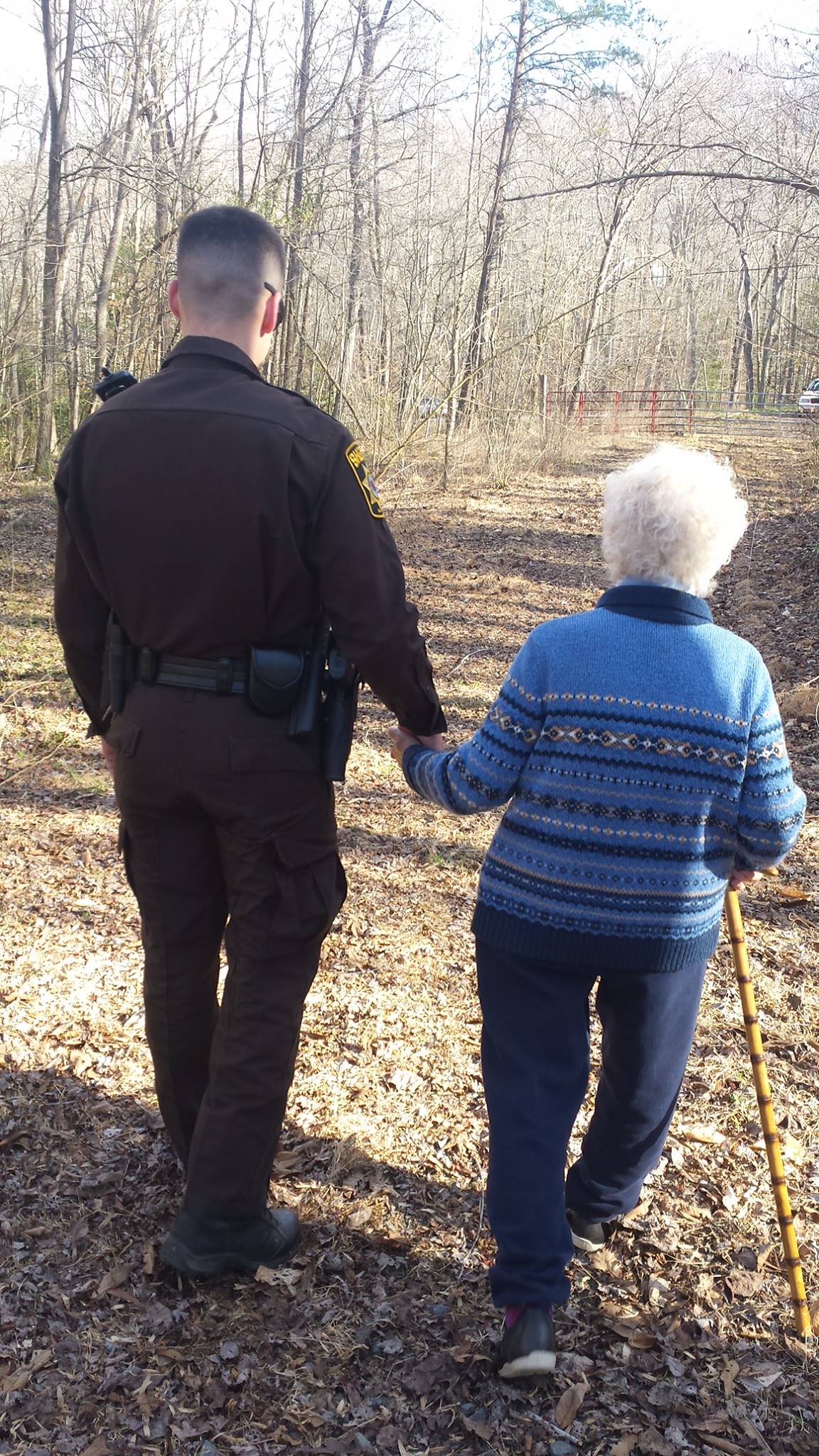 Whenever I see a Silver Alert while driving on the highway or watching TV, my heartstrings pull as I think about my own grandparents being disoriented and confused. To my joy, a police department in Maryland shared a touching story on Facebook of an elderly woman who was found in the woods after her daughter reported her missing.

Officers were called to search for a missing 81-year-old woman with dementia in Charles County. They found her after 40 minutes lost in the woods — she seemed perplexed by their arrival and asked if they were taking a walk too. But she was relieved since she also admitted she had lost her way. Instead of confusing her further, the officers responded that they were, in fact, out for a walk. As the officers walked her home, they asked her what the key to a healthy life was, and she responded, "Eat good and stay active." It's a simple story but one that reminds us of how valuable human interactions are! Our elders are full of incredible advice that we forget too often. Read the full story and prepare to have your heart warmed.

We often talk about the rewards of police work. On Friday, we captured a moment. Officers responded to a 911 call from...