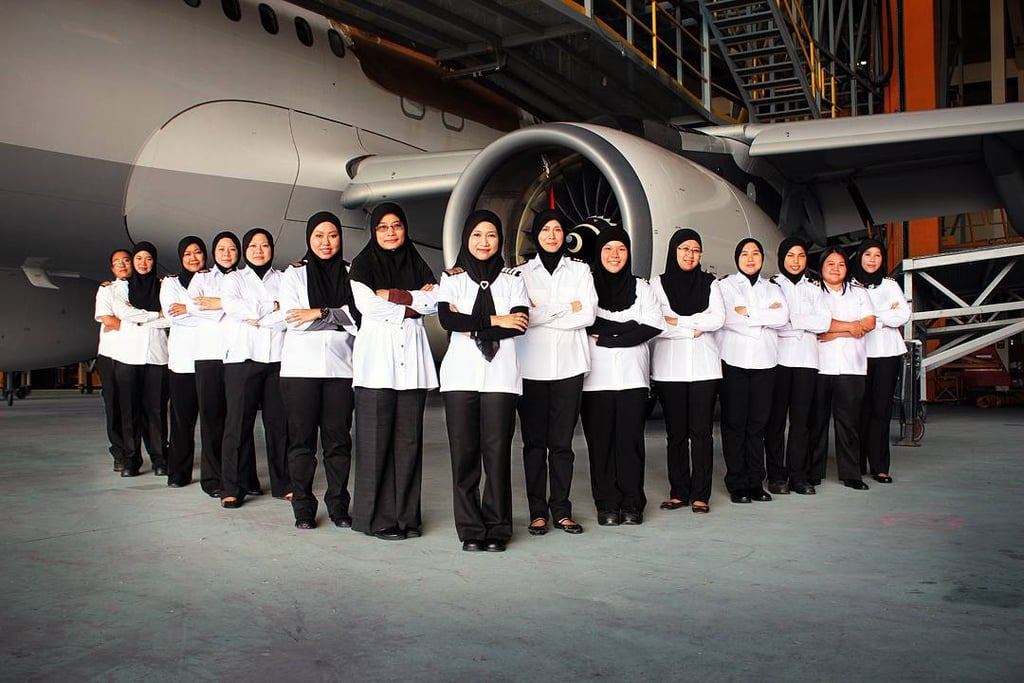 In a milestone event, three female pilots from Royal Brunei Airlines flew a Boeing 787 Dreamliner from Brunei to Jeddah late last month. The monumental flight coincided with Brunei's National Day, and was a major #girlpower moment for the small Southeast Asian nation.

The three pilots were Captain Sharifah Czarena Surainy, Senior First Officer Dk Nadiah Pg Khashiem and Senior First Officer Sariana Nordin. Though the trip from Brunei to Jeddah just happened to be the route assined to the three women, the irony of Royal Brunei Airlines' first all-female pilot crew landing in a nation in which it's illegal for women to drive was not lost. The flight was the first in a 787 for the two First Officers, but Captain Sharifah Czarena broke another barrier in late 2015, when she became the first Royal Burnei pilot to fly out of London Heathrow in the airline's flagship Dreamliner.

In a 2013 interview with the Brunei Times, the ground-breaking pilot said, "Being a pilot, people normally see it as being a male-dominant occupation. As a woman, a Bruneian woman, it is such a great achievement. It's really showing the younger generation or the girls especially that whatever they dream of, they can achieve it."

This all female flight crew isn't And Royal Brunei Airlines' only committed to getting more women into the typically male-dominated industry: the airline also offers an engineering apprentice program, and most of the participants are women.

Royal Brunei Airlines is paving the way for women in an industry in which they're typically the minority, and hopefully their efforts--and their inspiring landing in Jeddah-- will encourage other airlines and other industries to do the same!