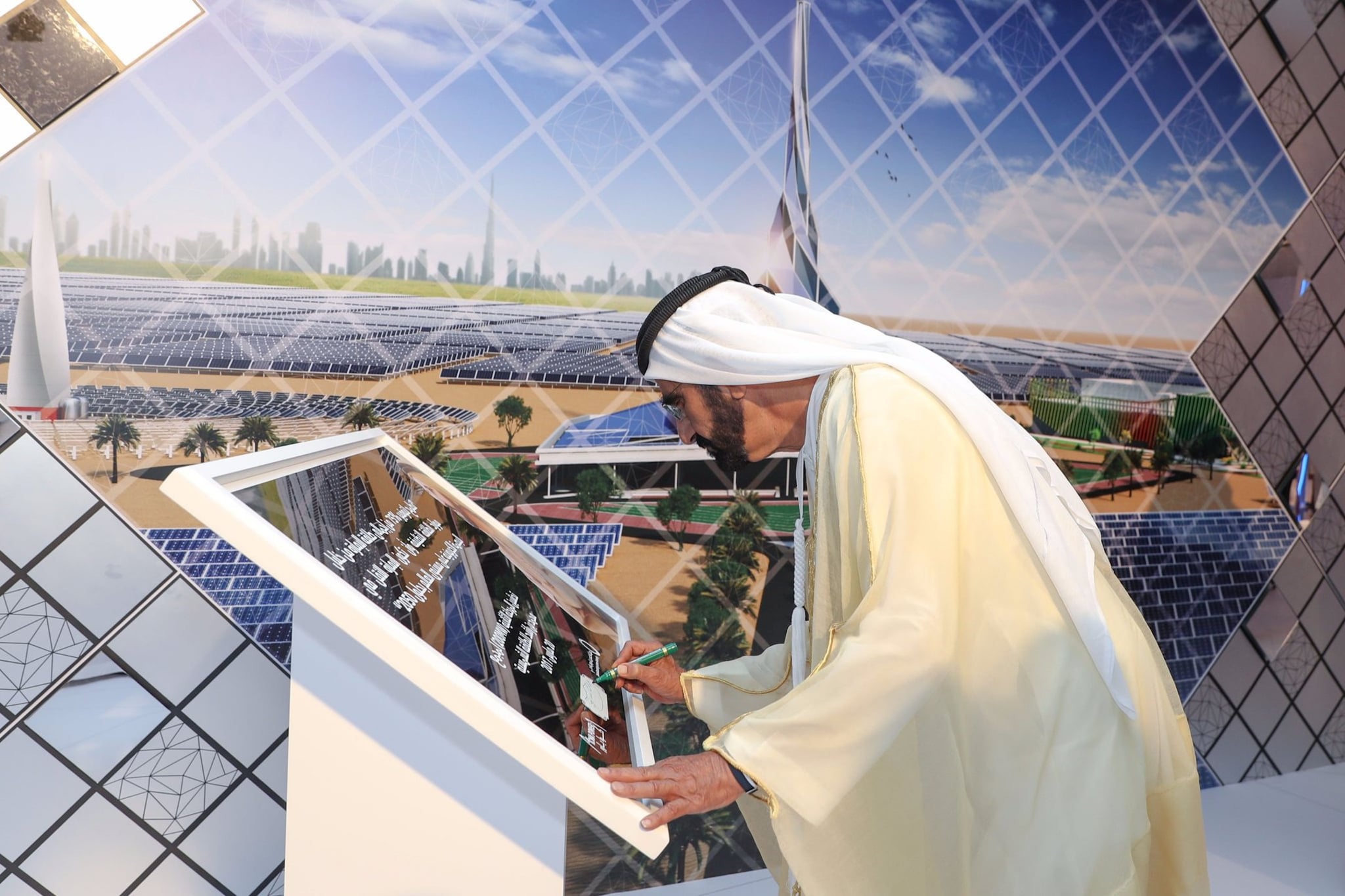 As Dubai begins to go more and more green, a greater focus is being put on renewable energy.

Earlier this year, Sheikh Mo announced the UAE's Clean Energy Strategy 2050, and just yesterday he revealed an integral part of the plan.

Sheikh Mo took to his official website to announce the largest Concentrated Solar Power (CSP) project in the world, which, when when completed, will ring in at a total cost of AED14.2 billion.

"We have made steady progress in realising the goals of Dubai Clean Energy Strategy 2050 that was launched as part of our objective to transform Dubai into a global clean energy and green economy hub," said Sheikh Mo. "The carbon footprint of Dubai will be the lowest in the world by 2030.

"We are proud that by demonstrating their capabilities, our local talent have proved that they are ready to assume responsibility."

According to this plan, Dubai is certainly on track to be come a world leader in energy efficiency, and The Mohammed bin Rashid Al Maktoum Solar Park will play a key role in helping the UAE reach its goals.

HE Saeed Mohammed Al Tayer, MD & CEO of DEWA spoke about the achievement: "This achievement greatly boosts our objectives and positions us as one of the leading countries of the world in terms of clean and renewable energy," he said.

Sheikh Mo unveiled designs for the park yesterday, and is set to be fully operational by 2020.