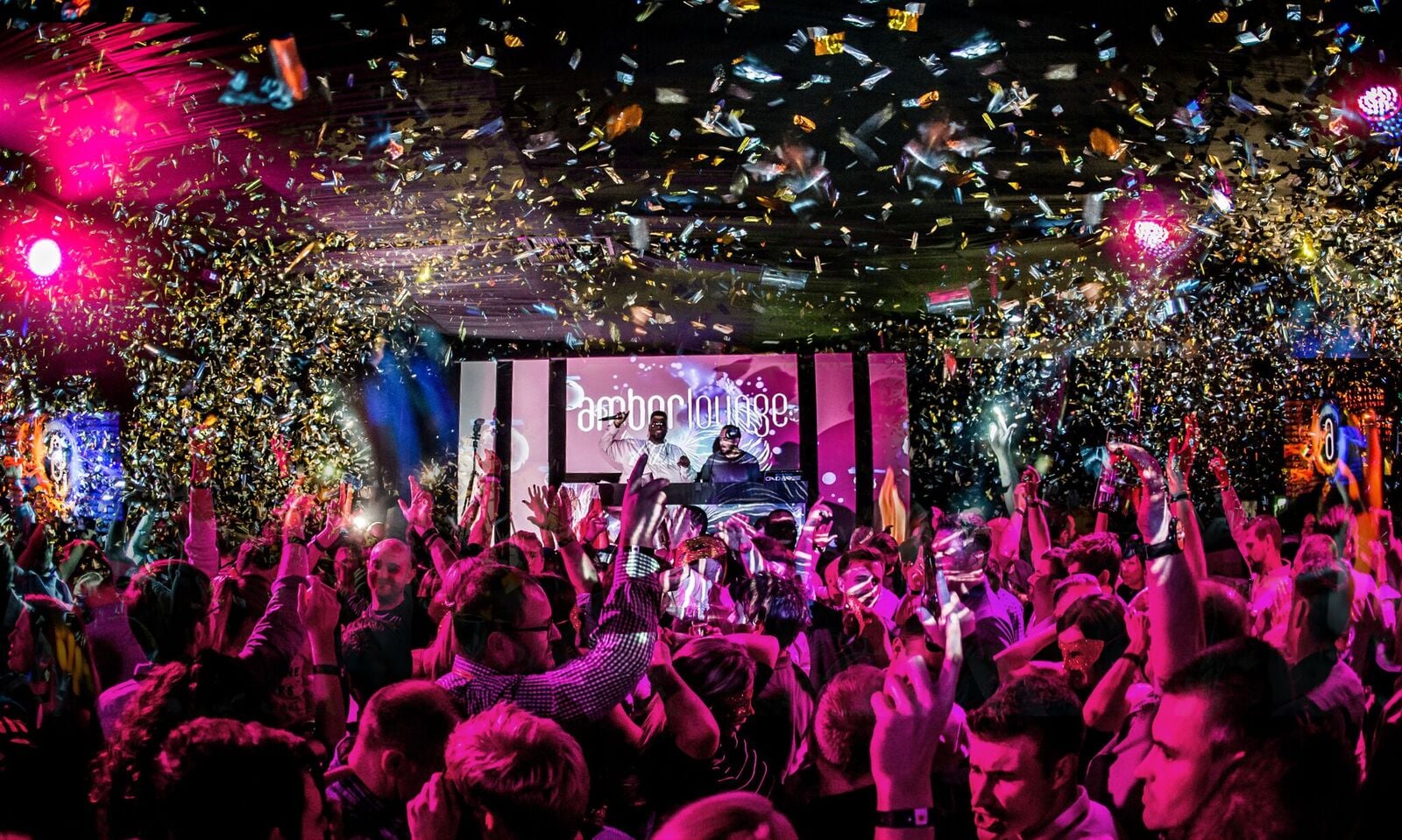 Let's be honest, the most exciting part about knowing the Formula 1 Abu Dhabi Grand Prix big race weekend is coming up is the exciting festivities surrounding the actual race. It's a time when celebrities flock to the UAE's capital city and some the biggest nightclubs around the world hold pop-up events to celebrate the end of an event. Perhaps even better are the big-name performances that are announced in concert arenas and clubs in the lead-up to the last weekend in November.

Here's what you have to look forward to if the race track action isn't your thing. 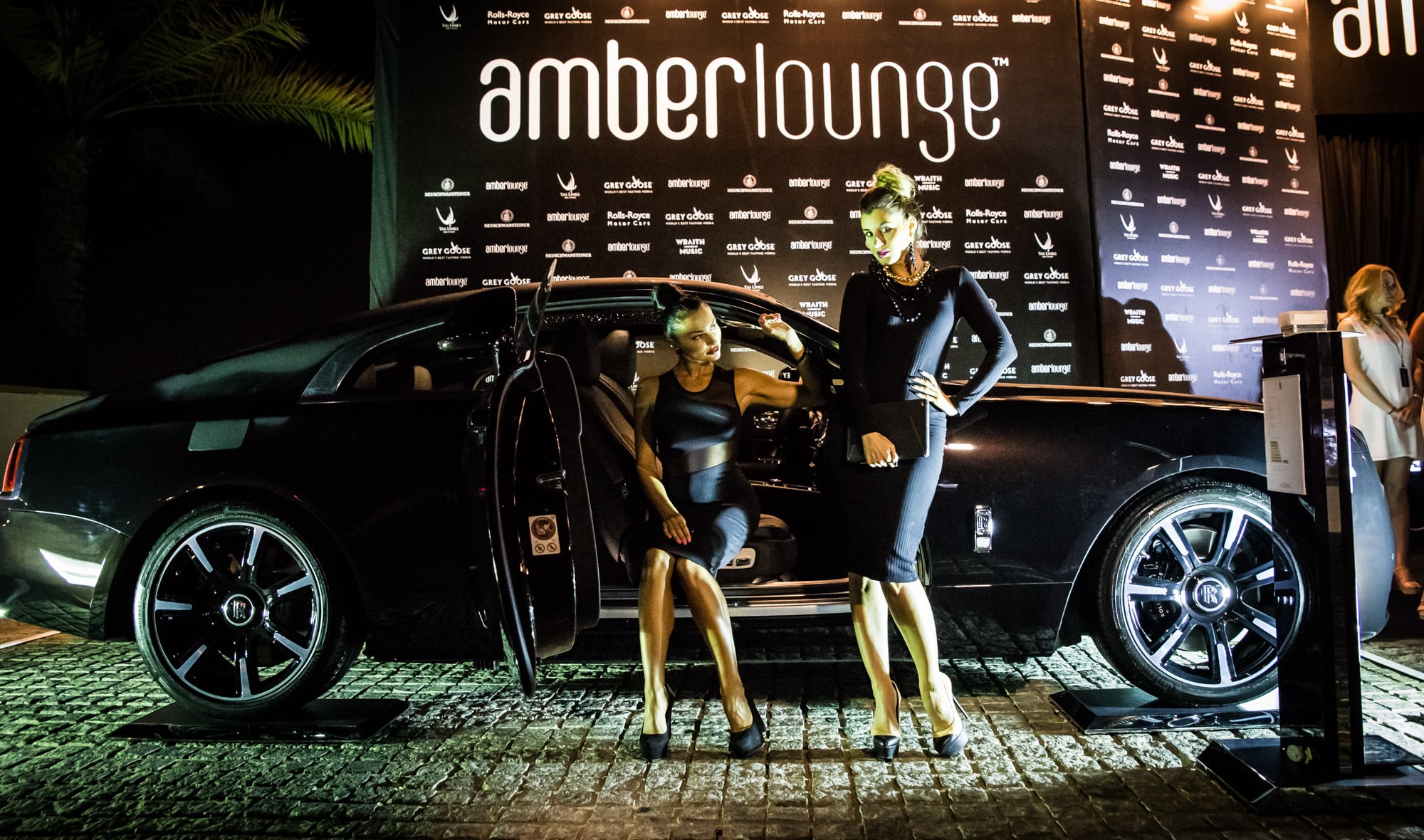 It's not just the big shows like P!nk, Calvin Harris, Mumford & Sons as well as J. Cole at the du Arena to look forward to, the UAE's capital is going to be buzzing with other big-name performances too. UK singer Ella Eyre is performing at the famous Amber Lounge on Saturday and Sunday, the venue known for attracting movies and sports stars, as well as royalty and the racers themselves, post-race. Prices for individuals starts at $450 on Saturday, $850 Sunday and tables start from $5,500.

The Richlist and Palm Garden Nightclub at the Yas Viceroy hotel will have a star-studded lineup too with Craig David DJing, Teatro, Busta Rhymes, and Rick Rock performing. 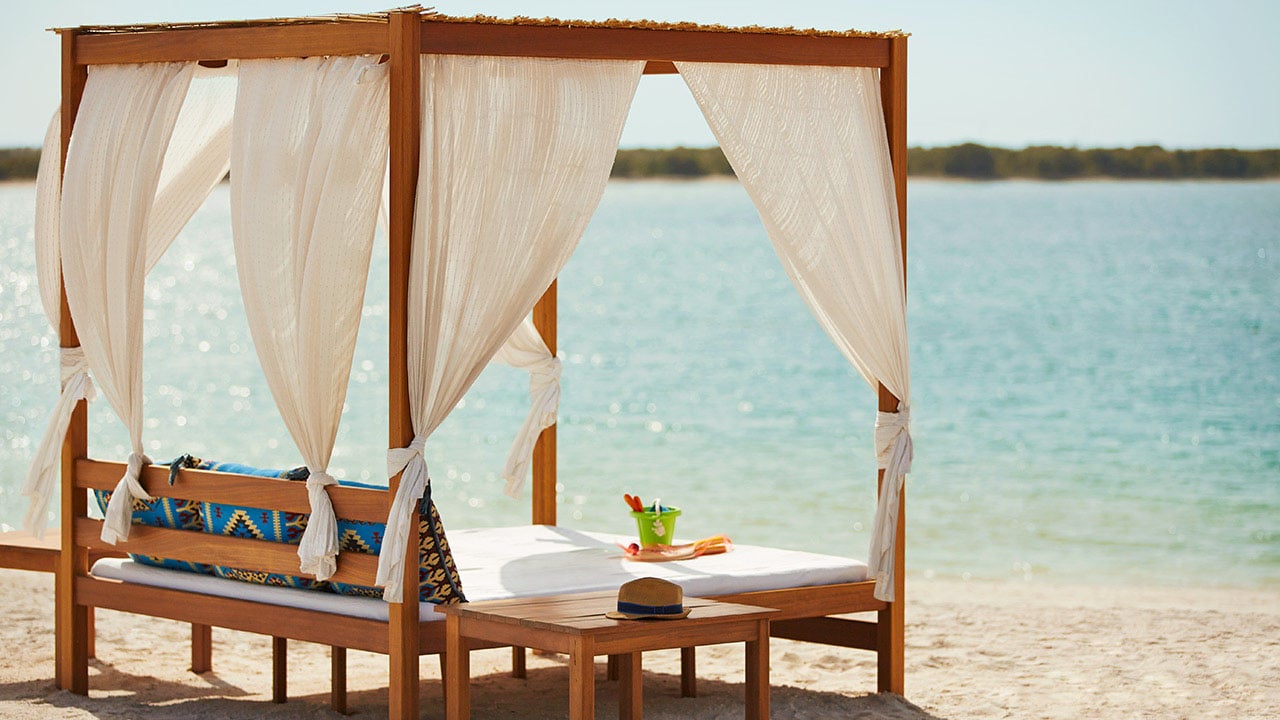 As well as the big Formula 1 weekend, Abu Dhabi is also famous for its beautiful stretches of sand and fabulous beach club vibes. So, Yas Beach is holding a pop-up with Dubai and Balearics beach club brand, El Chiringuito, getting famous DJs to play over three days. On Friday, they'll throw a huge Nomad party with Sven Vath hitting the decks to entertain crowds. On Saturday a massive Race Weekend Brunch takes place 1p.m. - 5 p.m. It's AED500 for the house package and AED750 for unlimited premium beverages and bubbles.

Party in the club 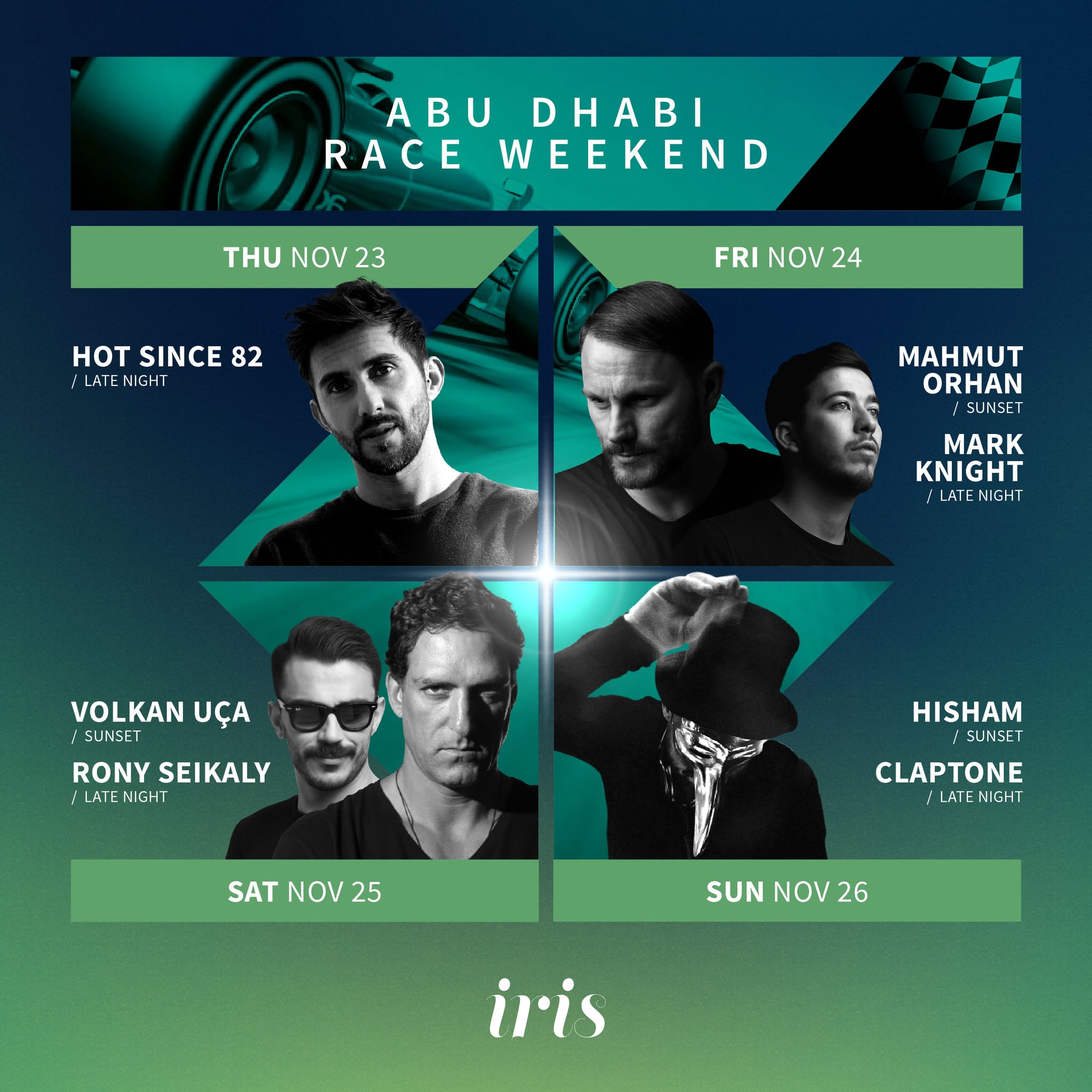 Mad nightclub on Yas Island will be hosting Stefflon Don on Thursday, Australian-born rapper Iggy Azalea and Tinie Tempah on the Friday night, Ne-Yo and TY Dolla Sign on Saturday plus Wiz Khalifa on Sunday. Meanwhile, it's sister venue, Iris, will host four nights of fantastic DJs on the decks; see the line-up above. 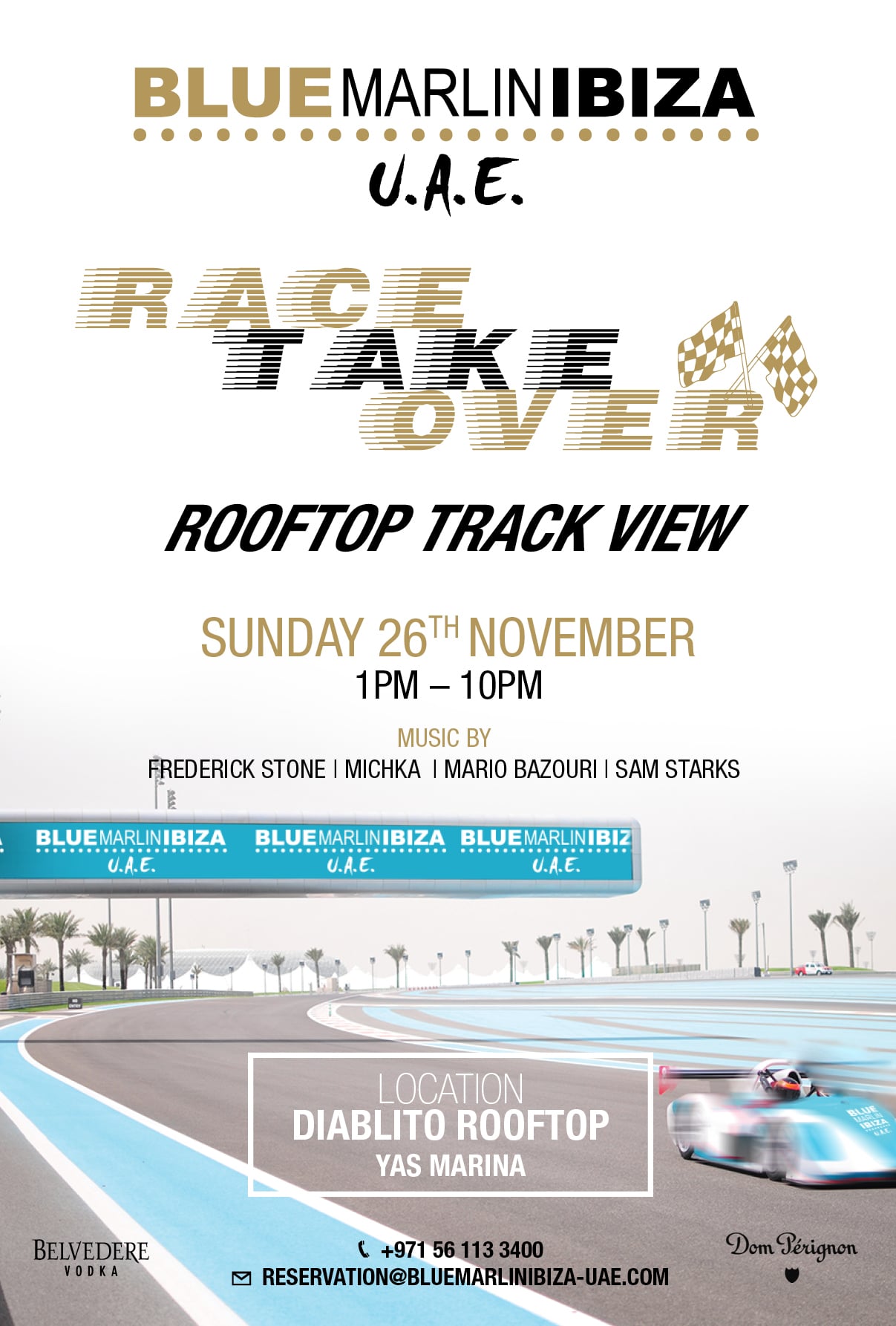 Blue Marlin Ibiza UAE is throwing a rooftop party that overlooks the track – perfect for those who will be with people keen to get a glimpse of the action but don't want to be stuck in the bleachers with ear muffs on. on Sunday from 1 p.m. to 10 p.m. DJs Frederick Stone, Michka, Sam Starks and Mario Bazouri will play Diablo Rooftop with tickets starting at AED500 per person and table price upon request. For reservations, contact +97156113400
or Reservations@bluemarlinibiza-uae.com.

Pose on a boat 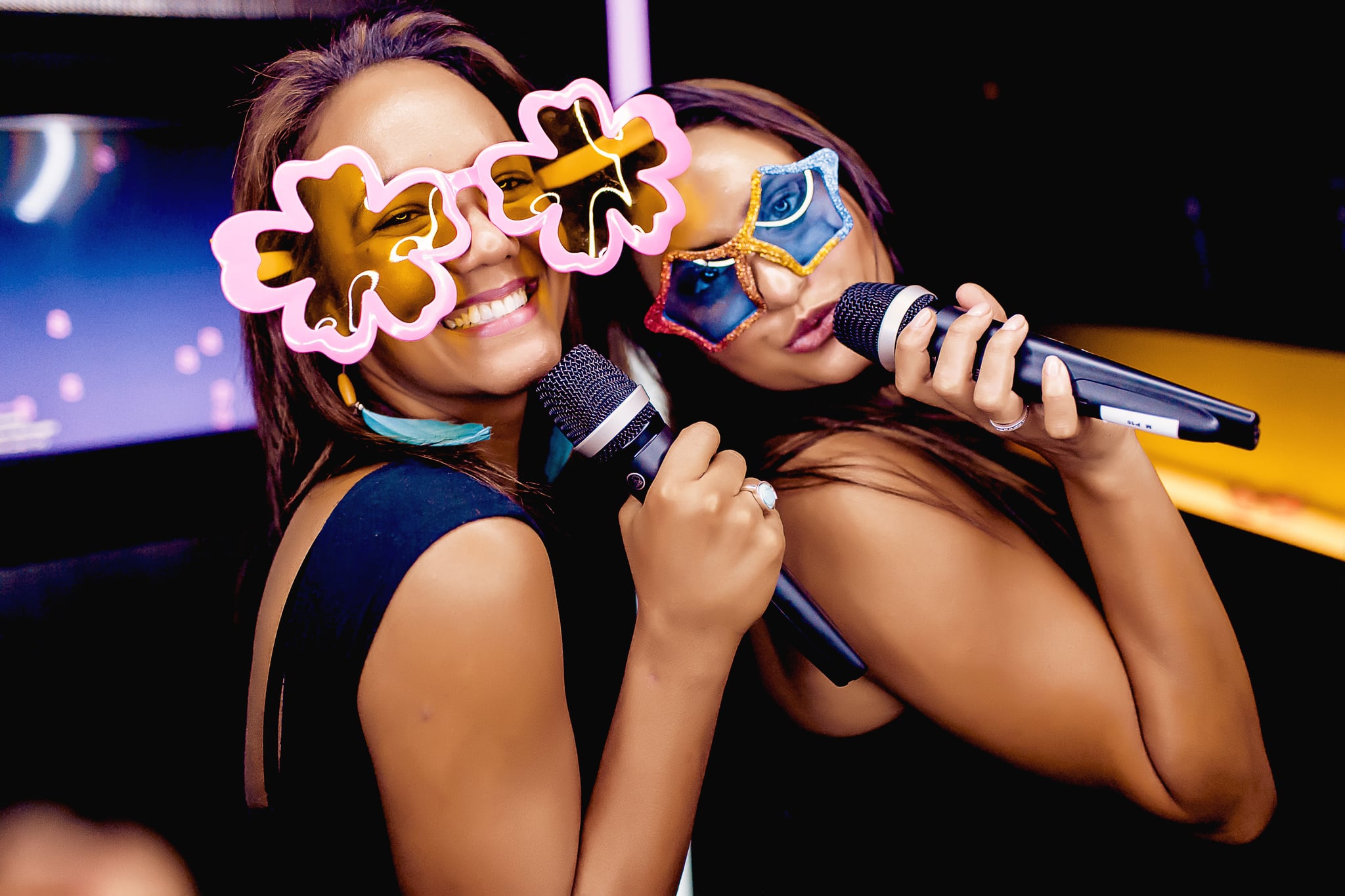 Everyone's favorite karaoke joint, Lucky Voice, is traveling from Dubai to host a trackside yacht party so you can soak up the festivities without having to keep all eyes on the racing action. Contact gpabudhabi@gmail.com or +971 52 639 7800/+971 553 4906 for bookings.